Giving amnesty to millions of illegal aliens, who would then enter the United States workforce to take jobs, would make the nation’s ongoing unemployment crisis worse, new analysis finds.

Analysis by Center for Immigration Studies Director of Research Steven Camarota shows that if Congress were to approve and President Joe Biden were to sign H.R. 6, the American Dream and Promise Act — which would provide at least 4.4 million illegal aliens with amnesty — it would drag down efforts to bring jobless Americans back into the workforce.

As Camarota notes, about 9.3 million Americans remain unemployed as of May — roughly 3.4 million more than those who were unemployed in May 2019. Likewise, more than 38 million Americans between 25 to 64-years-old were out of the labor force entirely last month, including three-fourths who do not have a college diploma. 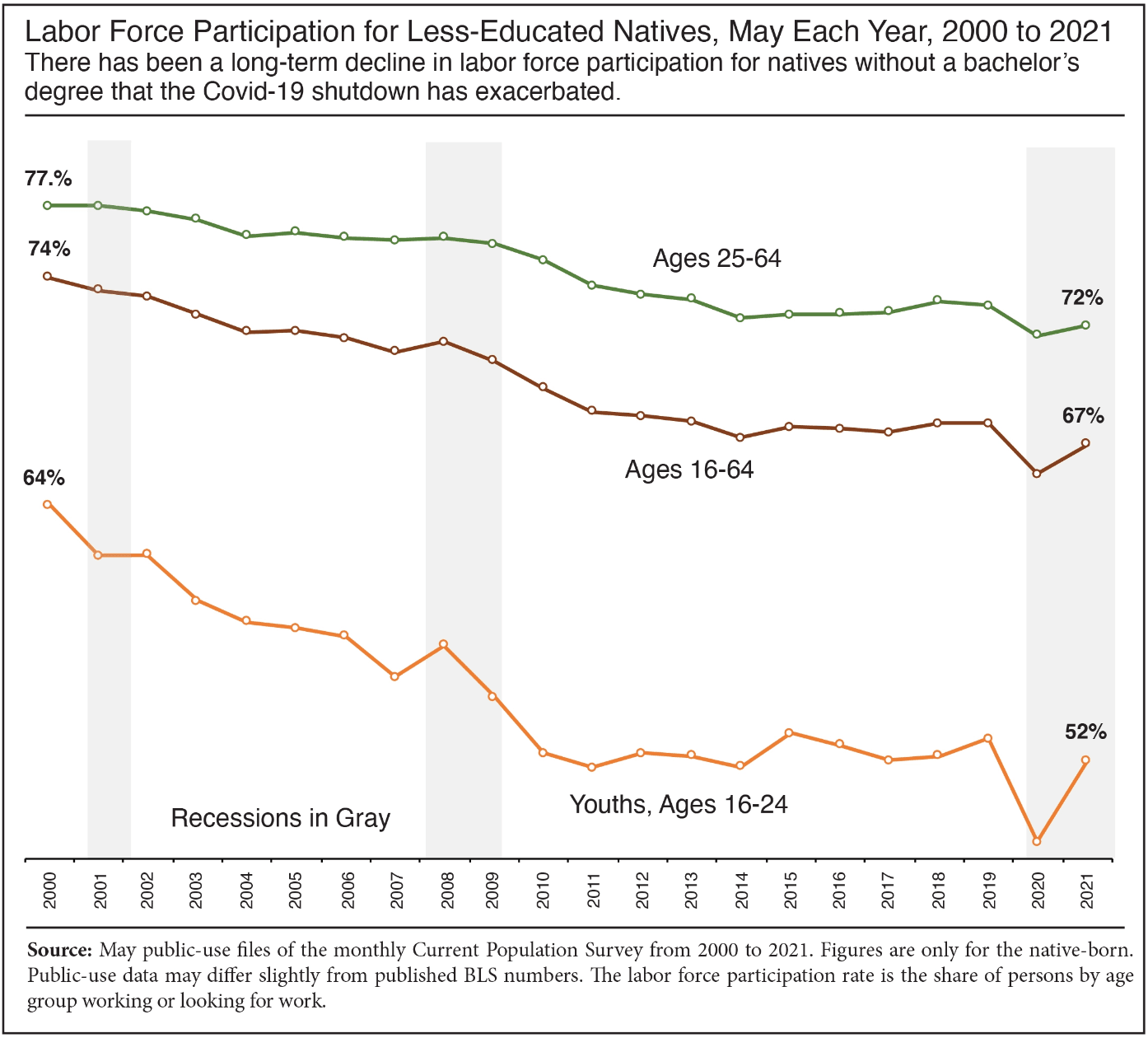 (Chart via Center for Immigration Studies)

The H.R. 6 amnesty would also cost American taxpayers about $35.3 billion over the course of only 10 years, according to the Congressional Budget Office (CBO). As Camarota mentions, this cost estimate does not include the net fiscal drain locally and at the state level for taxpayers.

Already, the U.S. admits about 1.2 million legal immigrants a year and awards them green cards to permanently resettle in the country. In addition, 1.4 million foreign nationals are given visas to work in the U.S. annually while hundreds of thousands of illegal aliens arrive at the southern border.