Controlled explosions toppled the remaining 12-story portion of a collapsed South Florida condo building late Sunday night, clearing the way for rescuers seeking access to new areas of the rubble in their continuing search for survivors.

Miami-Dade County Mayor Daniella Levine Cava told the Associated Press the all-clear was immediately given to resume search-and-rescue missions under the wing of the Champlain Tower South that collapsed June 24.

Nobody has been rescued alive since the first hours after the collapse.

On Sunday, Miami-Dade police identified David Epstein, 58, as one of the two dozen people known to have perished in the fallen tower. His remains were recovered Friday.

The demolition went “exactly as planned,” Cava said. “It was picture perfect. Exactly what we were told would happen.”

The bodies of 24 people, including three children, have now been recovered from the devastated site, but 121 people are still missing.

More than half the 13-story building, which had 130 units, collapsed 10 days ago.

Approaching Tropical Storm Elsa added urgency to the demolition Sunday night with forecasts suggesting there could be strong winds in the area by Monday.

The method used for Sunday night’s demolition is called “energetic felling,” which uses small detonation devices and relies on the force of gravity. 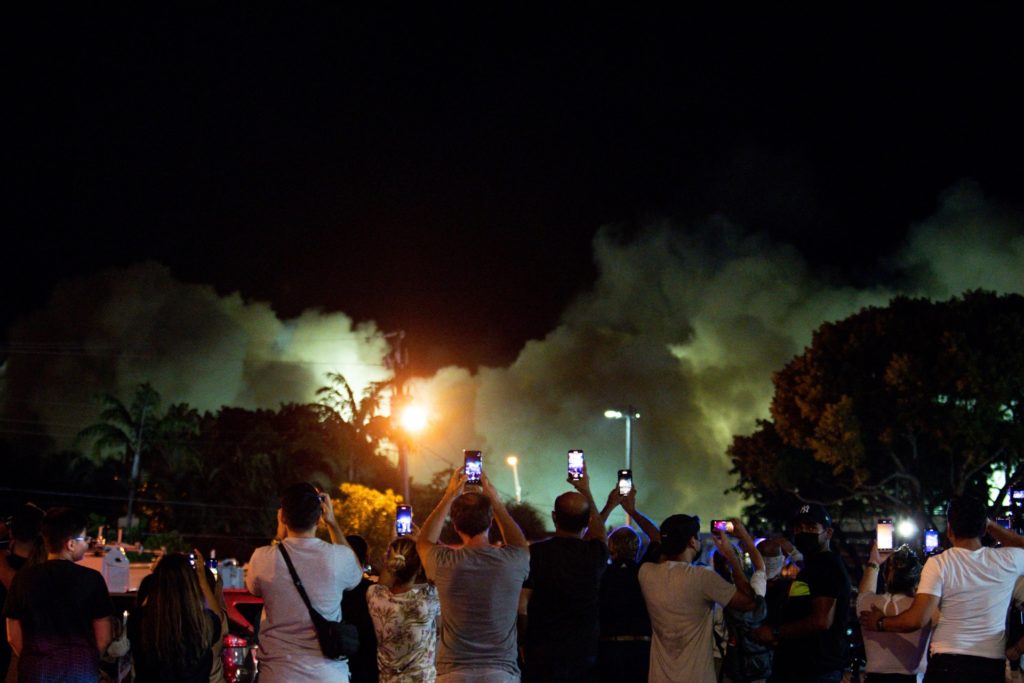 People watch as the rest of the Champlain South tower is demolished by a controlled explosion in Surfside, Florida, north of Miami Beach, late on July 4, 2021. (POOJA MEHROTRA/AFP via Getty)

Controlled Demolition Inc., based in Baltimore, brought down the structure, and the cost will be paid by the state, UPI reports.

The company has demolished the Seattle Kingdome in 2000, the Alfred P. Murrah Federal Building after the Oklahoma City bombing in 1995 and the World Trade Center days after the attack on Sept. 11, 2001.

AP, UPI contributed  to this report