Republican Rep. Jim Banks (IN), who Pelosi did not allow to sit on the January 6 Select Committee, tweeted a side-by-side comparison of Cheney’s statements calling her out for backtracking.

Cheney, who has been in an ongoing battle with her own party, told reporters Wednesday she agrees with Pelosi’s decision blocking Banks and Rep. Jim Jordan (R-OH), two of House Minority Leader Kevin McCarthy’s (R-CA) picks, from the committee assignment.

However, as Banks pointed out in his tweet, Cheney in February said in a press release that “Speaker Pelosi and the Democrat majority have no business determining which Republicans sit on committees.” Cheney said this when the Democrat majority was trying to kick a Republican, Rep. Marjorie Taylor Greene (GA), off of her committee assignments for comments made.

Cheney added in her statement the voting to kick someone off of their committee “sets a dangerous precedent for this institution that Democrats may regret when Republicans regain the majority.”

Interestingly enough, the press release from February 4 seems unable to be found on Cheney’s website under press releases. 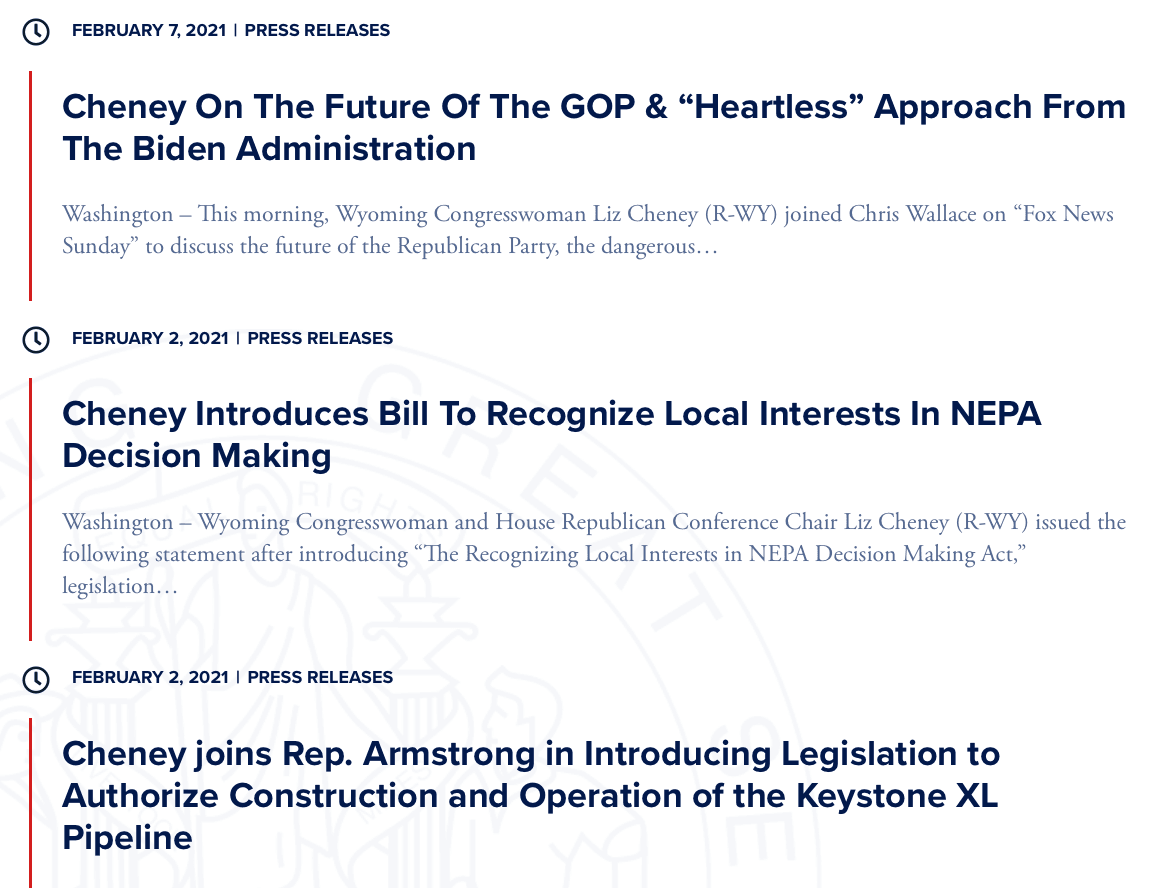 McCarthy, in the end, released a statement calling out Pelosi for her “unprecedented step of denying the minority party’s picks for the Select Committee on January 6.” He added that unless Pelosi “seats all five Republican nominees, Republicans will not be party to their sham process and will instead pursue our own investigation of the facts.”