Police Officer Harry Dunn told CNN Wednesday the Capitol riot on January 6 was a “bigger threat to America” than the violent Black Lives Matter protests that marked the summer of 2020.

He warned “we need to make sure we’re prepared and we continue to shoot down all rhetoric that could possibly lead to violence” in apparent reference to the public exchanges before the night that shook the nation’s capital.

Dunn said he backed the basic principle of freedom of speech, but with caveats:

Like I say, it’s OK to have different opinions. But don’t fight like hell or march down to the Capitol — first amendment protest is what this country is about, first amendment, the Constitution. That’s the democracy of it. But once you start attacking people, attacking things, then that’s wrong.

Officer Dunn: "The riots and the violence and the damage this summer — they were wrong. They were wrong. And that's the exact same thing that happened at the Capitol. But their goal was to overthrow democracy, which is a bigger threat to America." pic.twitter.com/SlWvvxo6Yz

At one point Dunn said he considers himself fortunate he was not attacked on January 6th, but noted other officers that day were in events that left four dead and many more injured.

As Breitbart News reported, Dunn’s comments came after he told Select Committee lawmakers earlier in the day about exchanges he had with rioters, who disputed that President Joe Biden defeated Trump in the last presidential election.

He said scores of rioters attacked police officers not just with makeshift weapons, stun guns and fists, but with racist slurs and accusations of treason. 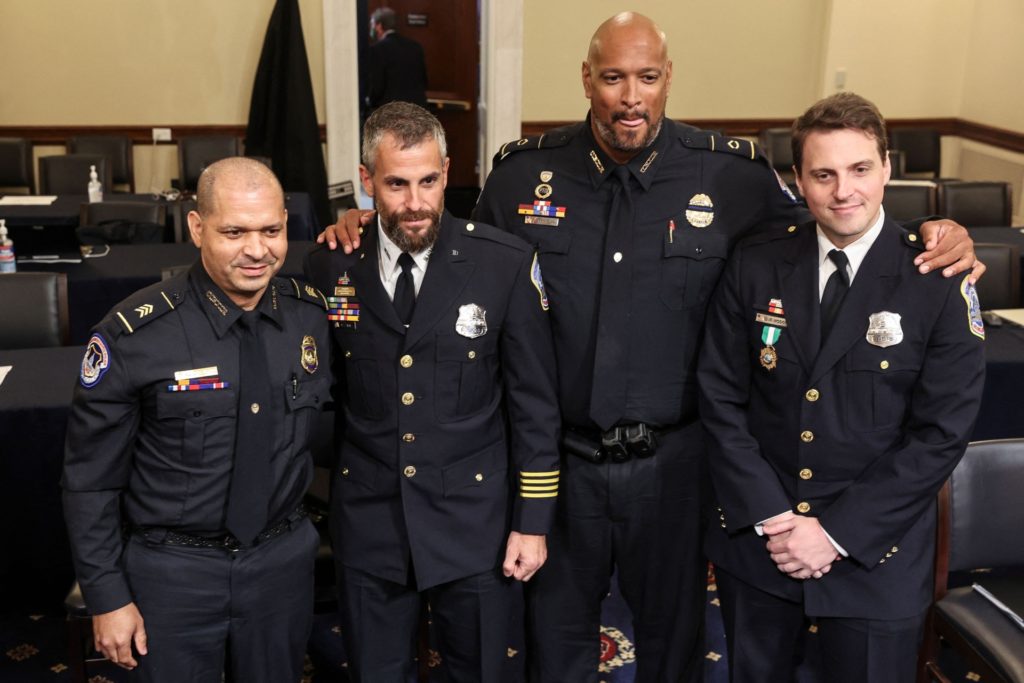 He also said he wanted to know who was behind the night’s events.

On Tuesday, in his testimony before Congress, Dunn stated, “If a hit man is hired and he kills somebody, the hit man goes to jail, but not only does the hit man go to jail but the person who hired them does. There was an attack carried out on January 6, and a hit man sent them. I want you to get to the bottom of that.”