McConnell pointed to a story by Stephen Gutowski, which highlighted multiple allegations that Chipman used spoke of black ATF agents in derogatory ways when he with the ATF’s Detroit office. 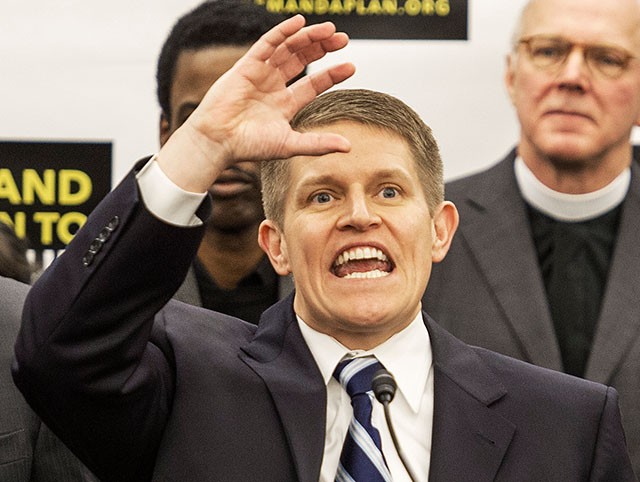 Multiple ATF sources back up the existence of a complaint alleging President Biden’s nominee to lead ATF, David Chipman, made racist comments during his previous stint at the agency.

The agents, who have decades of experience at the agency, told The Reload they heard the accusation that Chipman denigrated black ATF agents up for promotion. The officials said they heard about Chipman’s alleged comments before they were referenced in a recent lawsuit seeking the release of the complaint.

“He made some comments that he was surprised by the number of African Americans who have made it onto a specific promotional list,” a current ATF official told The Reload. “So, his insinuation was that they had to have cheated. Which is kind of despicable.”

A former ATF agent who worked directly with Chipman said he heard the same story.

“That one had to do with what’s called the assessment center, which would be to get promoted,’ the former agent told The Reload. “Somebody would have had to file a complaint against him if he were a supervisor making those statements.”

The current ATF official said the allegation ended his time in Detroit.

“He left Detroit because of that,” he said. “He did not leave Detroit on the best of terms. His reputation was that he was not nice to people.”

The ReLoad reports that McConnell responded to the revelations by calling on Biden to withdraw Chipman’s nomination:

These were serious charges, not to be taken lightly, but the fact is that it was an anonymous claim in the press without any corroboration. That has changed. In a July 28 article at the independent news site The Reload, it was reported that multiple current and former ATF agents corroborated that they had heard that Mr. Chipman had made racially insensitive comments while serving in the Detroit field office of the agency.

On June 23, 2021, Breitbart News pointed to a Daily Caller report claiming Chipman made a racist comment in 2007 about black applicants who passed a Bureau of Alcohol, Tobacco, Firearms, and Explosives (ATF) exam.

According to the Daily Caller, a former ATF agent claimed Chipman was reviewing exam results from individuals wishing to be a Special Agent in Charge when he allegedly said: “Wow, there were an unusually large number of African American agents that passed the exam this time. They must have been cheating.”