The report of the investigation, conducted by the office of New York Attorney General Letitia James, stated in its executive summary the “culture” of Cuomo’s Executive Chamber was “one filled with fear and intimidation, while at the same time normalizing the Governor’s frequent flirtations and gender-based comments—contributed to the conditions that allowed the sexual harassment to occur and persist.”

“That culture also influenced the improper and inadequate ways in which the Executive Chamber has responded to allegations of harassment,” the report noted.

In the case of aide Charlotte Bennett, for example, investigators discovered in 2020 the governor “made inappropriate comments, including, among many other things”:

(1) telling Ms. Bennett, in talking about potential girlfriends for him, that he would be willing to date someone who was as young as 22 years old (he knew Ms. Bennett was 25 at the time); (2) asking her whether she had been with older men; (3) saying to her during the pandemic that he was “lonely” and “wanted to be touched”; (4) asking whether Ms. Bennett was monogamous; (5) telling Ms. Bennett, after she told him that she was considering getting a tattoo for her birthday, that if she decided to get a tattoo, she should get it on her butt, where it could not be seen; (6) asking whether she had any piercings other than her ears; and (7) saying that he wanted to ride his motorcycle into the mountains with a woman.

The report noted Cuomo’s comments to Bennett “followed and coincided with discussions she previously had with the Governor about her having been a survivor of sexual assault and made her extremely uncomfortable.”

“They made her so uncomfortable that, following a series of exchanges with the Governor in June 2020, Ms. Bennett reported the interactions to the Governor’s Chief of Staff,” the report continued, and then observed how Cuomo’s Executive Chamber failed to act:

While the Executive Chamber moved Ms. Bennett to a different position where she would not need to interact with the Governor in response to Ms. Bennett’s allegations, the Executive Chamber did not report the allegations at the time to the Governor’s Office of Employee Relations (“GOER”), the State agency tasked with conducting harassment investigations for State agencies, and did not otherwise conduct any formal investigation.

“Instead, the Executive Chamber’s senior staff sought to implement a practice whereby individual staff members who were women were not to be left alone with the Governor,” the investigators wrote.

There should be a zero tolerance policy when it comes to sexual harassment & must send a clear message that this behavior is not tolerated.

Similarly, in the case of Lindsey Boylan, who served as Chief of Staff to the CEO of the Empire State Development (ESD) Corporation and later as a Special Advisor to the Governor, the report noted Cuomo engaged in the following “harassing conduct”:

(1) commented on her appearance and attractiveness, including comparing her to a former girlfriend and describing her as attractive; (2) paid attention to her in a way that led her supervisor at ESD to say that the Governor had a “crush” on her and to ask her whether she needed help in dealing with the Governor’s conduct; (3) physically touched her on various parts of her body, including her waist, legs, and back; (4) made inappropriate comments, including saying to her once on a plane, words to the effect of, “let’s play strip poker”; and (5) kissed her on the cheeks and, on one occasion, on the lips.

Despite corroboration for Boylan’s allegations, the investigators stated both Cuomo and the Executive Chamber denied them. 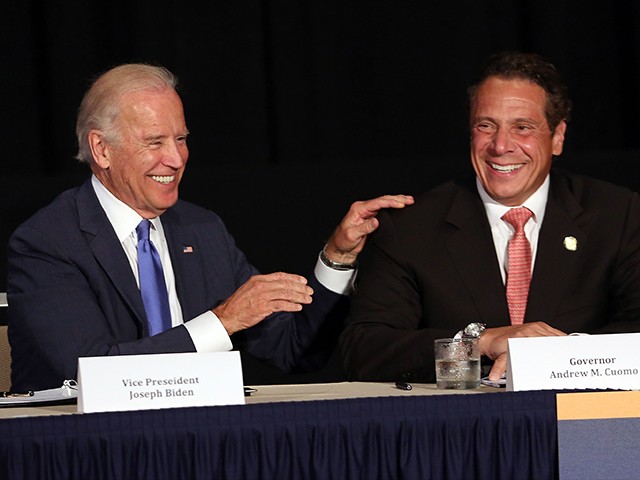 When Boylan ran for Manhattan Borough President in December 2020 and made public her allegations of sexual harassment against the governor, the report noted, “the Governor and the Executive Chamber actively engaged in an effort to discredit her.”

Cuomo and his Executive Chamber did so by “including by disseminating to the press confidential internal documents that painted [Boylan] in a negative light and circulating among a group of current and former Executive Chamber employees (although not ultimately publishing) a proposed op-ed or letter disparaging Ms. Boylan that the Governor personally participated in drafting,” the investigators reported.