Elder, who has said publicly that he is vaccinated, said that it should be up to the individual to decide about the vaccine.

“When I become governor, assuming there are mandates for masks and statewide mandates for vaccines, they will be suspended right away,” Elder said during a Zoom news conference. “This is America. We have freedom in America.”

Elder’s comments came days after Newsom ordered all teachers and other school staff to be vaccinated against COVID-19 or submit to regular testing. The Democratic governor required all state employees and health care workers to do the same last month, as new infections began to rapidly climb due to the highly infectious delta variant.

Elder, 69, said while he believes “vaccines work,” he doesn’t want the state to mandate immunization for people who are still skeptical. He said he has personally received the vaccine, at his doctor’s urging, because he faces a higher risk of becoming seriously ill due to a blood disorder and his advanced age.

Elder has led most recent polls of candidates to replace Newsom, as momentum has built for the governor’s recall.

Other candidates have also been busy campaigning across the state. 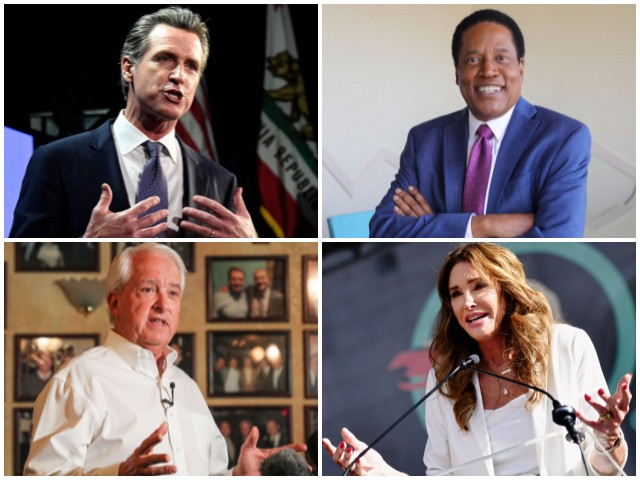 Olympian and reality TV star Caitlyn Jenner was touring the U.S.-Mexico border on Friday when a group of illegal aliens from Brazil crossed through a hole in the fence, the San Diego Union-Tribune reported.

Businessman John Cox was also in San Diego on Friday, bringing a giant Monopoly board with him to highlight what he says are Newsom’s failures, and pitching lower taxes on families and fewer loopholes for corporations.