House Speaker Nancy Pelosi (D-CA) will hold a ritzy fundraiser with vulnerable Democrats in Napa, California, in order to court her way into securing the votes needed to pass the radical so-called infrastructure bill, set to take place just days after the fundraiser.

Senior Democrats say there will be enough votes on the so-called infrastructure bill to pass from members who previously came out against Pelosi’s plan to pass the massive partisan spending bills, Politico reported.

Vulnerable @HouseDemocrats who cave to @SpeakerPelosi's socialist spending bill & betray their constituents because she schmoozed them in Napa Valley are sellouts who will lose reelection. https://t.co/IqtuD6kOvW

Pelosi’s bill passing is in jeopardy because she needs to have the support of her entire party of 220 elected to pass the so-called infrastructure bill, since Republicans have vowed to not vote for its passage, Breitbart News reported.

It appears Pelosi is banking on her annual ritzy Napa fundraiser, set to take place the day before members return to Washington, to pass swampy agenda items during the week, such as the so-called infrastructure bill, which she has been holding hostage.

Pelosi needs to make sure she can secure the votes and get as many Democrats on board with her plan before bringing it to the floor to vote. The event is a major fundraiser for Pelosi and could raise up to $30,000 to be a chair of the event.

Well, this fundraiser next Sunday in Napa with Speaker Pelosi and Rep. Bourdeaux could be awkward … #gapol https://t.co/BSPCwA1f61 pic.twitter.com/qnS4IyMEva

As for Pelosi’s last-ditch effort to tally votes before the week starts, there is no room for error as Pelosi only has a three-vote margin on the floor right now. 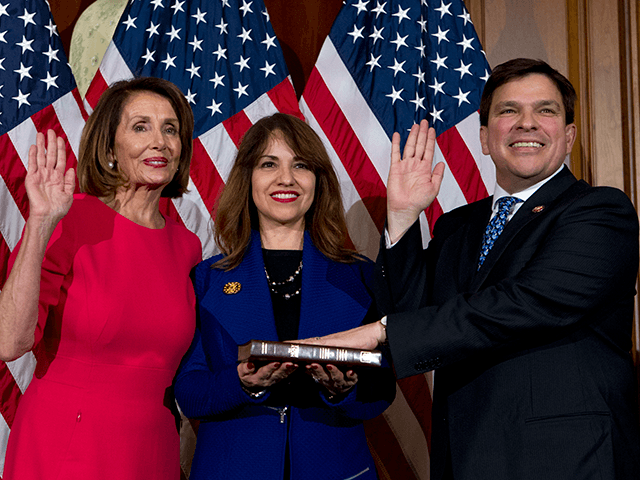 House Speaker Nancy Pelosi of Calif., administers the House oath of office to Rep. Vicente Gonzalez, D-Texas., during a ceremonial swearing-in on Capitol Hill in Washington, Thursday, Jan. 3, 2019, during the opening session of the 116th Congress. (AP Photo/Jose Luis Magana)

Two of the Democrats, Bourdeaux and Gonzalez came out against Pelosi in the past, so the speaker will likely try to convince those two members the most. 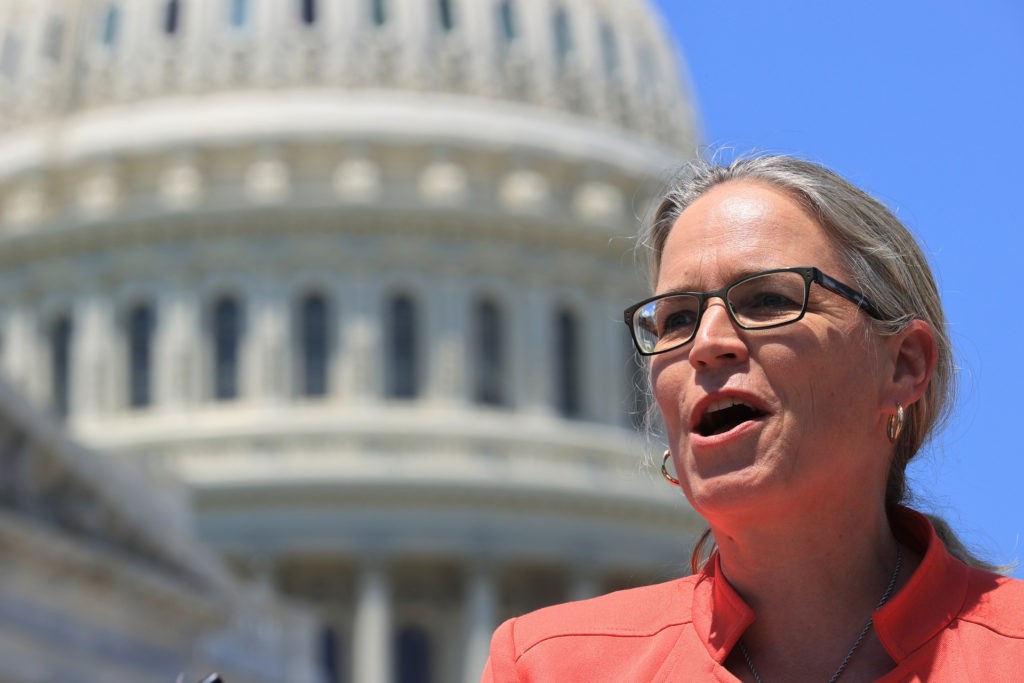 Rep. Carolyn Bourdeaux (D-GA) speaks during a news conference with fellow New Democrat Coalition members outside the U.S. Capitol on May 19, 2021 in Washington, DC. Coalition members highlighted their policy and legislation priorities around infrastructure. (Photo by Chip Somodevilla/Getty Images)

In a statement, National Republican Congressional Committee spokeswoman Torunn Sinclair said, “Vulnerable Democrats who cave to Nancy Pelosi and betray their constituents because she schmoozed them in Napa are sellouts who will lose reelection.”