The White House on Tuesday refused to commit American troops in Afghanistan until all Americans were evacuated after the Taliban seized control of the country.

“I’m not going to comment on hypotheticals,” Sullivan said. “What I am going to do is stay focused on the task at hand, which is getting as many people out as rapidly as possible and we will take that day by day.”

White House press secretary Jen Psaki also said the administration would look at the issue “day by day” and did not commit to troops remaining in the country until all American citizens were evacuated.

Psaki said that there were about 11,000 self-identified Americans in Afghanistan. The White House press team punted a question from Breitbart News about the total numbers of Americans in the country to the State Department.

When pressed by a follow-up question about evacuating Americans, Sullivan replied, “That’s what we’re doing right now. We have asked them all to come to the airport to get on flights and take them home. That’s what we intend to do.”

U.S. forces still have control of the airport in Kabul, where evacuees are awaiting departure. 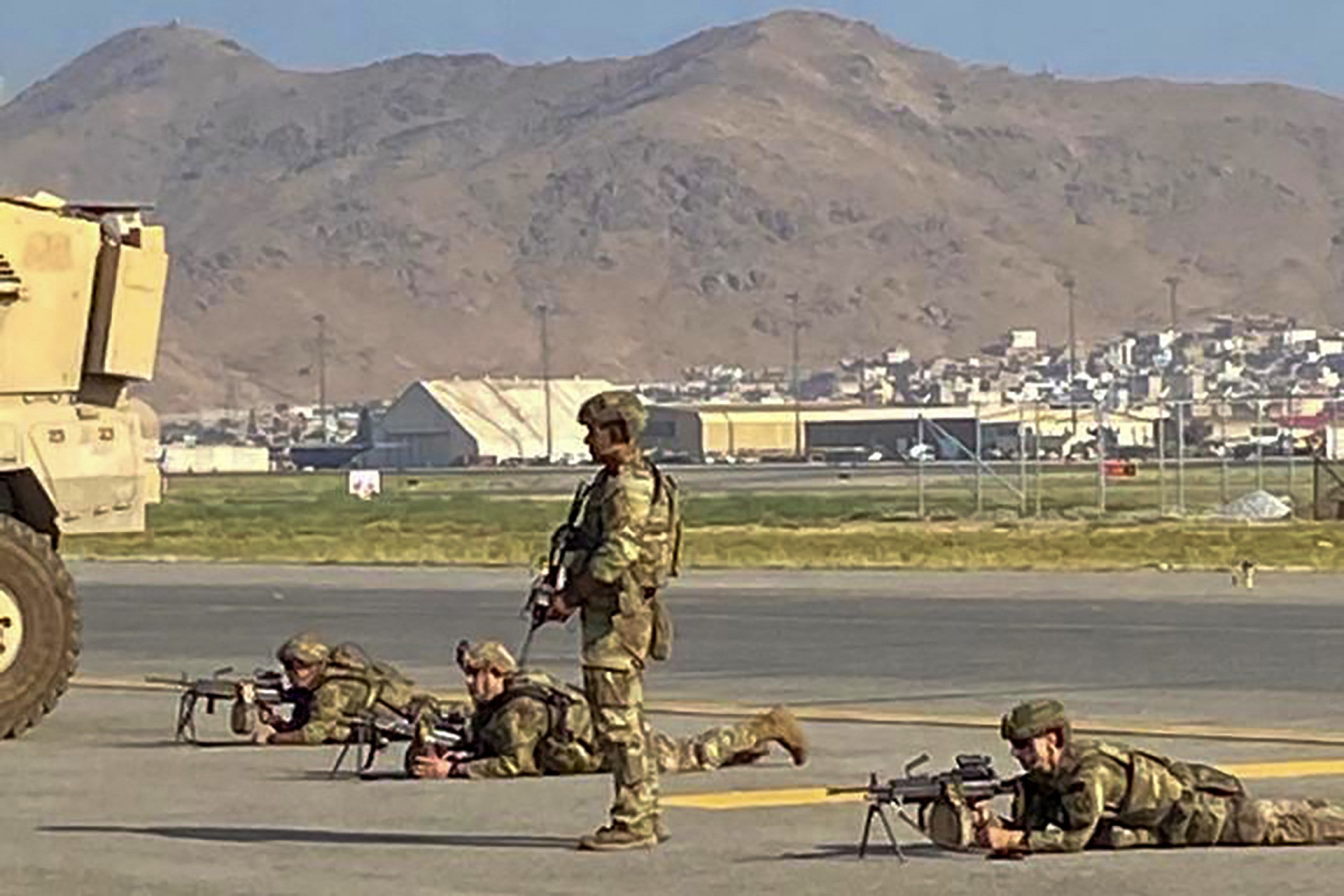 US soldiers take up their positions as they secure the airport in Kabul on August 16, 2021, after a stunningly swift end to Afghanistan’s 20-year war, as thousands of people mobbed the city’s airport trying to flee the group’s feared hardline brand of Islamist rule. (SHAKIB RAHMANI/AFP via Getty Images)

The Pentagon said Monday morning that only 165 Americans had been evacuated Monday, with plans to ramp up airport departures later in the day.

“Well, we are prioritizing a number of groups,” she said, noting that it included American citizens, embassy employees, staff, SIV holders, and Afghan applicants eligible for the U.S. refugee programs.

President Joe Biden escalated the number of troops being sent to Afghanistan to 6,000 over the weekend, as Kabul fell into the hands of the Taliban with the set mission to evacuate Americans and their allies.