Biden promised U.K. Prime Minister Boris Johnson and other leaders at the Group of Seven summit in Cornwall, England, that “critical U.S. enablers” would remain in place to keep Kabul safe following the drawdown of NATO forces, the note said. British officials determined the U.S. would provide enough personnel to ensure that the U.K. embassy in Kabul could continue operating.

The British document also showed that the U.S. was privately briefing allies that they should be prepared for a Taliban offensive before any settlement that might have allowed former President Ashraf Ghani to remain in power. U.S. diplomats said that the Taliban would “test the Afghan government militarily” before they started taking seriously peace talks that were taking place in Doha, the note said. 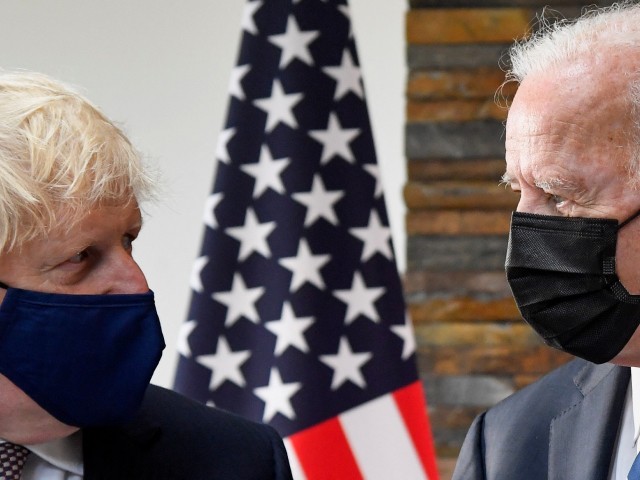 Britain’s Prime Minister Boris Johnson (L) and US President Joe Biden, wearing face coverings due to Covid-19, view documents relating to the Atlantic Charter prior to a bi-lateral meeting at Carbis Bay, Cornwall on June 10, 2021, ahead of the three-day G7 summit being held from 11-13 June. – G7 leaders from Canada, France, Germany, Italy, Japan, the UK and the United States meet this weekend for the first time in nearly two years, for the three-day talks in Carbis Bay, Cornwall – (Photo by TOBY MELVILLE / POOL / AFP) (Photo by TOBY MELVILLE/POOL/AFP via Getty Images).

Neither the White House nor G7 governments have commented on the report.

The Biden administration is facing its biggest crisis yet in the wake of the Taliban’s seizing control of Afghanistan — a dismal finale to the 20-year war fought in the war-torn country across both Democrat and Republican administrations. Though the U.S. military has evacuated thousands of Americans and Afghan nationals from Hamid Karzai International Airport this week, the government remains unaware of how many of its citizens remain in Taliban-controlled territory. Thus far, the U.S. military has refused to collect Americans and others from behind enemy lines — even after France has successfully conducted several missions.

In another concerning turn of events, Defense Secretary Lloyd Austin told House lawmakers Friday that Americans have been beaten by the Taliban in Kabul, calling the violence “unacceptable,” according to Politico‘s Andrew Desiderio: 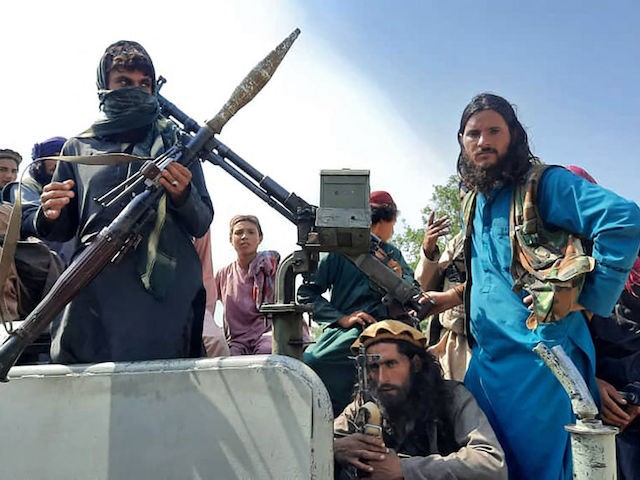 TOPSHOT – Taliban fighters sit over a vehicle on a street in Laghman province on August 15, 2021 (Photo by -/AFP via Getty Images).

Meanwhile, Biden is scheduled to address the fallout in Afghanistan when he meets virtually with G7 allies next week.

“What we’re gonna be doing is we’re gonna be putting together a group of the G7, the folks that we work with the most — to — I was on the phone with — with [German Chancellor] Angela Merkel today. I was on the phone with the British prime minister. I’m gonna be talking to [French President Emmanuel] Macron in France to make sure we have a coherent view of how we’re gonna deal from this point on,” the president told ABC News’s George Stephanopoulos during an interview on Wednesday.