Arizona Attorney General Mark Brnovich (R) warned of, not one, but “two maladies” facing the United States as the nation maneuvers the first pandemic in 100 years.

“There are two pandemics — one originated in a Chinese lab, and the other is coming out of the D.C. swamp,” Brnovich said during an exclusive interview with Breitbart News on Monday. 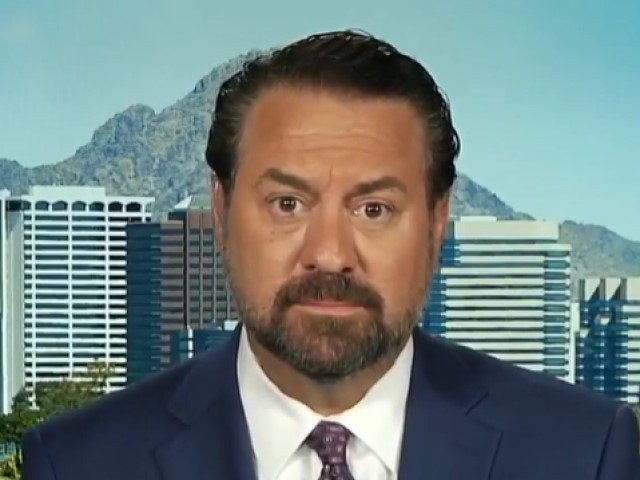 Arizona Attorney General Mark Brnovich (R) on Thursday touted the U.S. Supreme Court’s decision to uphold the Arizona law that bans ballot harvesting and a policy that throws out ballots cast by voters in precincts in which they do not reside.

Brnovich is vying for a U.S. Senate seat in 2022, currently occupied by Democrat Sen. Mark Kelly, in an effort to leave the executive branch for the legislative one.

“One of the reasons I am running for the Senate is because we need people in Washington who represent Arizona values — not the values of Chuck Schumer and Nancy Pelosi as Cartel-Kelly does,” he quipped. 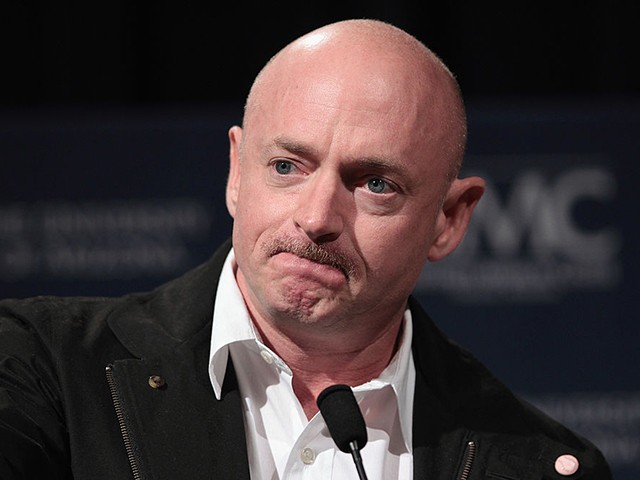 TUCSON, AZ – JANUARY 20: Mark Kelly, husband of U.S. Rep. Gabrielle Giffords (D-AZ), speaks to reporters at the University Medical Center on January 20, 2011 in Tucson, Arizona. The wounded Congresswoman is to be transfered Friday from the Tuscon hospital to Houston to begin rehabilitation therapy at TIRR Memorial Hermann. Kelly is expected to decide in the upcoming weeks whether he will continue as commander of the space shuttle Endeavor for it’s final flight. (Photo by John Moore/Getty Images)

In his current position, Brnovich emphasized that while he may not agree with current law, his job is to enforce the policies in place. If elected to the Senate, he would get a crack at changing policy – like the Arizona vaccine laws he wrote a legal opinion for on Friday.

“I always say, if people don’t like the law, you change the lawmakers. Obviously the governor and his department of health services can issue or promulgate rules, but at the end of the day that’s what the law is, and my job as attorney general is to enforce the law as it is,” he said.

Brnovich issued a mandatory legal opinion on the the Grand Canyon state’s vaccine mandate rules — specifically whether or not private business and employers can require employees and patrons to be vaccinated against Chinese coronavirus. Under state and federal law, Brnovich concluded that yes, private businesses can impose a mandate on employees, though it must allow for reasonable religious and medical exemptions. Private businesses can also require patrons to be vaccinated, but businesses are not allowed to discriminate against someone because of disability or religious exemption and must accommodate for the unvaccinated.

“Americans should be allowed to choose which risks they are comfortable taking and which they are not. The law does not always reflect good public policy and our role with respect to an Attorney General opinion is to say what the law is, not what it should be,” Brnovich said in his opinion, giving a nod to his disapproval of current federal and Arizona laws.

Brnovich told Breitbart News that even though as attorney general he cannot change rules surrounding private businesses and coronavirus vaccine requirements, he has been repeatedly found that under the law, “the government cannot mandate the vaccines, airlines cannot require vaccine cards, and under Arizona law, schools, universities, community colleges, state and local governments are prohibited from requiring employees to obtain the vaccine.”

Brnovich said the “best public policy” — and one he would stand up for in the U.S. Senate — is for Americans to respect each other’s health and medical choices.

“Now do I believe that there are aspects going on — with what’s going on with COVID right now — that are being highly politicized? Absolutely,” he continued. “I believe 100 percent that Arizona should be free without coercion to make medical decisions regarding vaccines and to do what’s best for themselves and their families.”

Brnovich also said he would fight for more transparency regarding health information and coronavirus vaccines.

“I think [the government has] provided so much inconsistent advice, that people are right to be suspicious of what the federal government and what the Big Pharma companies are telling us,” he said.

“There’s this concentration of wealth of certain elites in the world and they think that they can make the decisions for the rest of us. We’ve seen that in the technology center, and we’ve seen that now with the pharmaceutical industry,” he later continued. “So I think people are suspicious of Big Pharma coming along and saying, ‘This is for your own good.’ And I think I would be doing everything I can in D.C. to push back against those big pharmaceutical manufacturers and maximize liberty.”

Overall, he said the biggest issue with pandemic policy is how it is being used by leftists to change the fabric of the nation.

“One of the biggest threats to this country right now is this concentration of power in D.C. The Democrats — the far left — is using this (pandemic) to radically change America,” he said. “Whether it’s our election laws, whether its tax policy, whether its immigration — they are basically flooding the zone and making people not only dependent on federal government, but are creating more power based in Washington, D.C.”