Staten Island hospital employees have gathered over the last week in protest of vaccine mandates, requiring healthcare workers in New York to get vaccinated by September 27.

According to WVNN, Staten Island University Hospital last week began requiring employees to be vaccinated or undergo weekly testing. In addition, New York State is mandating healthcare workers to get vaccinated. Per the order, they must receive their first shot by September 27. Exceptions are limited to those with religious or medical reasons. 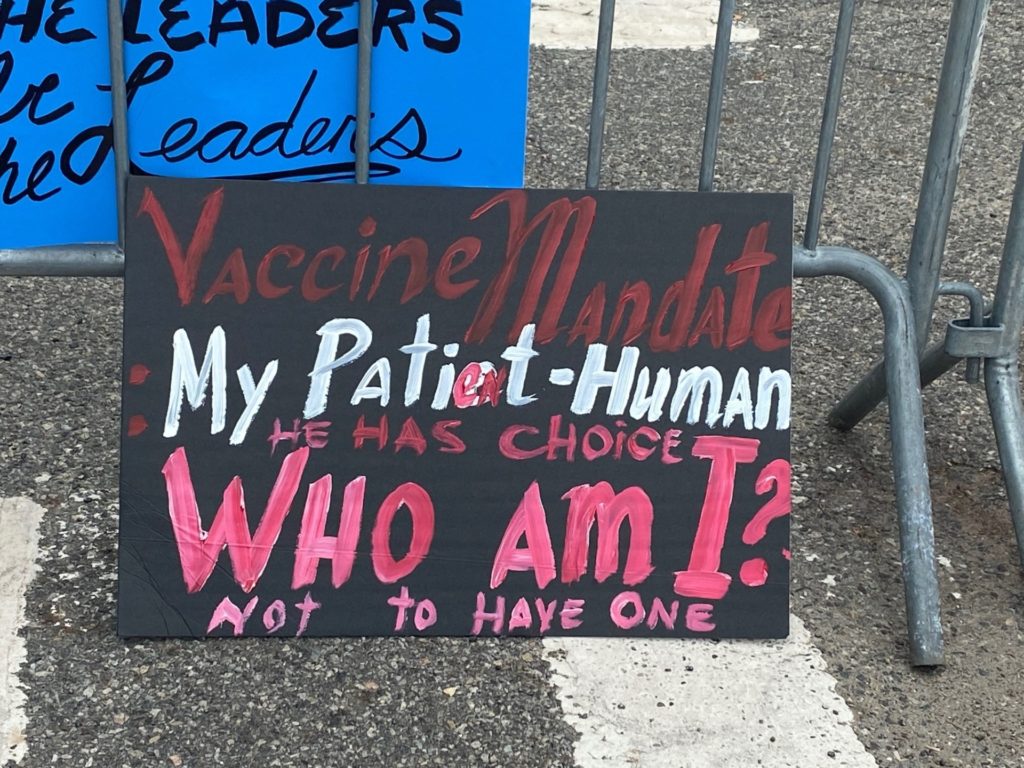 However, Staten Island University Hospital is a part of Northwell Health, which stated that those who fail to get vaccinated, and therefore fail to undergo testing on a regular basis, will “face adverse action that could progress up to and include termination.”

John Matland, a CT scan technician at the hospital, was among those who took to the streets in protest. He also is credited with organizing the event.

“For me, it’s personal choice. It has to be investigated and we’re not giving ourselves time to investigate … We’re just pushing this,” he told CNN, emphasizing his belief that there needs to be “a lot more time and a lot more studying” on the vaccine.

“And we’re putting it out on a scale that’s worldwide, and that to me, it’s not a wise decision,” he continued:

On July 28, Matland started a WhatsApp chat with some other healthcare workers who were against getting the vaccine. The chat continued to grow until they had to move to a different messaging platform due to the amount of participants, which lead to the demonstration outside the hospital.

Matland says he and others are prepared to lose their jobs to stand their ground. He says currently four of six individuals in the radiology department are unvaccinated.

When asked if they were concerned about staffing shortages if they fired those who do not follow the policy, Northwell Health spokesman Joe Kemp said that the “concern for keeping our patients and employees safe by vaccinating our workforce outweighs concern over possible staffing issues.”

According to CNN, the Food and Drug Administration’s (FDA) full approval of Pfizer’s vaccine did not alter his position.

“I need a lot more time and data,” Matland said. “The same time the FDA should have taken to fully research it.” 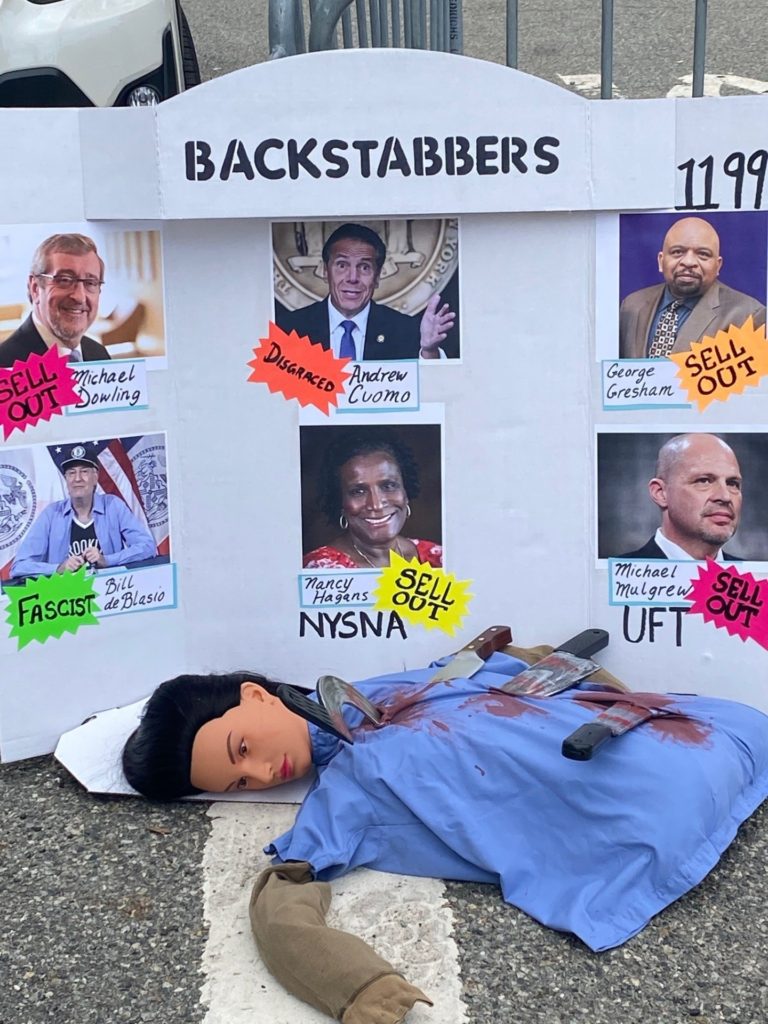 According to the New York Times, demonstrators received support from cars honking as protesters shouted, “I am not a lab rat!” The outlet added that some of the Staten Island hospital workers are referring to themselves as “The Resistance”:

At the ultrasound department, Mr. Matland said, three-quarters of staff have told him they remained undecided about getting the vaccine. At the radiology department at the hospital’s southern campus, Mr. Matland said four out of 10 staff were unvaccinated and “many will not cave.”

“Losing four of us in radiology would cripple the entire department,” he said.

According to the outlet, Matland was suspended without pay on Thursday. But radiology and ultrasound departments are not the only areas with workers resisting the vaccine:

Nelly DeSilvio, 43, a phlebotomist, said that half of the 30 people in her department were unvaccinated. “If we all left, this would be huge. We are already short-staffed now.”

While corporate media outlets covertly shame the unvaccinated healthcare workers they once deemed heroes, many are pointing to personal stories of adverse side effects, many of which never make the news. 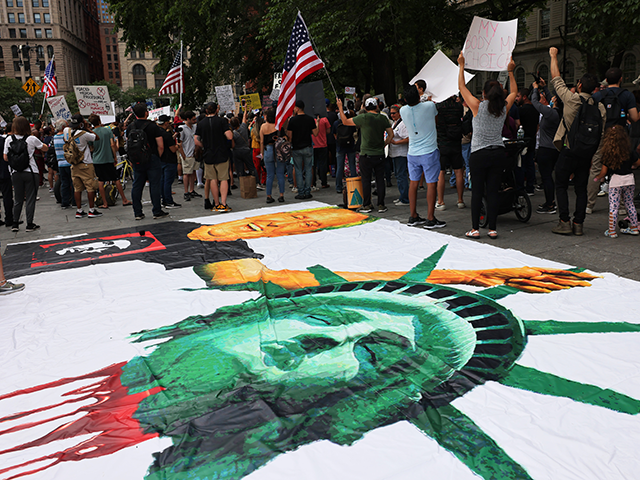 NEW YORK, NEW YORK – AUGUST 09: People gather at City Hall to protest vaccine mandates on August 09, 2021 in New York City. NYC Mayor Bill de Blasio announced last week that as of August 16th proof of coronavirus (COVID-19) vaccination will be required to attend indoor restaurants, gyms, and entertainment venues with enforcement of the mandate to begin on September 13th. Gov. Andrew Cuomo also announced a vaccination mandate for state employees and patient-facing health care workers at state hospitals with an option to get weekly testing. According to CDC data, NYC is now considered a “high” or “substantial” COVID transmission area, after an increase in coronavirus (COVID-19) infections. The Delta variant now accounts for over 80% of all positive cases in NYC. (Photo by Michael M. Santiago/Getty Images)

Yolanda Mozdzen, a 43-year-old medical assistant, received the Moderna vaccine in December and developed a rash and had a seizure minutes after. According to the Times, “the adverse reaction triggered an autoimmune disorder, according to a letter from her doctor, and eight months after receiving the vaccine, Ms. Mozdzen said she still suffers ailments including short-term memory loss and vertigo.”

“Her experience, recounted among members chatting on the apps, has emboldened those who do not want to get vaccinated,” the outlet added.

Protests have popped up elsewhere in the nation as well as states, as well as individual hospital systems, impose vaccine mandates on healthcare workers and state employees.

“I’m not going to be forced to take an experimental vaccine that potentially could injure me or kill me,” Jane Nymberg, a nurse who has worked for North Carolina’s Atrium Health for more than two decades, said. “The chances of that are low. But if it happens, I will be responsible.”