One of the worst outcomes of President Joe Biden’s catastrophic withdrawal of U.S. troops from Afghanistan is how women will be treated by the Sharia Muslim members of the Taliban. But to the left-wing media, it provided the opportunity to tout former Secretary of State Hillary Clinton for efforts to help women even if she did nothing to garner the praise.

The U.K. Independent reported on the New York Times story that included Clinton as part of the effort to help vulnerable women in Afghanistan:

Former secretary of state Hillary Clinton, who previously warned of the “huge consequences” of withdrawing U.S. troops from Afghanistan, has now reportedly attempted to charter flights out of the country for the country’s at-risk women.

Ms. Clinton and her team have been trying to aid potential Taliban targets in leaving the country, which swiftly fell to the militant group in mid August following the withdrawal of U.S. troops, The New York Times reported. 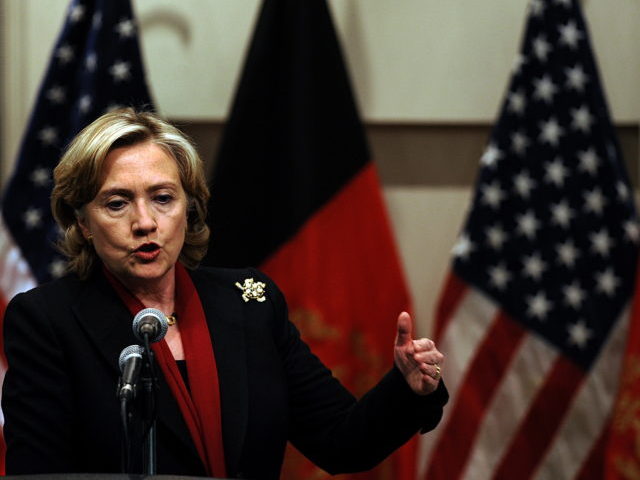 US Secretary of State Hillary Clinton gives a press conference at the US embassy in Kabul on November 19, 2009. (SHAH MARAI/AFP via Getty Images).

The Times included Clinton in a story headlined “How News Organizations Got Afghan Colleagues Out of Kabul” that explained how Afghan journalists who worked there for the New York Times, Washington Post, and Wall Street Journal and their families were able to escape:

On Sunday, the group of more than 200 people connected to the three papers, including employees and their relatives, traveled to the airport’s tarmac, hoping to make contact with the American military, according to three people briefed on the events, some of whom requested anonymity to describe sensitive discussions.

Instead, they found a scene of mass confusion, with hundreds of other panicked Afghans seeking refuge. When Taliban forces arrived, the situation grew more dangerous; members of the group left dehydrated, hungry and dispirited, with no clear idea of what would happen next, the people said.

Back in New York and Washington, the papers’ leaders reached out to diplomatic contacts in countries with embassies in Afghanistan, chasing leads that could result in safe harbor and transportation for their employees. “There were many plans and many efforts that either failed or fell apart,” said Michael Slackman, an assistant managing editor for international for the Times. “You’d have a plan at night and two hours later the circumstances on the ground would have shifted.”

That’s where Clinton is made a part of the story, with the Times reporting that she “offered a few seats for Afghan employees on a charter flight her team was trying to arrange to help Afghan women at risk.”

The Clinton news came from three unnamed people who were “briefed on the discussion.”

“The employees did not end up taking the flight,” the Times reported.

“Last week, the evacuation options to get women’s rights activists out came largely from an informal network of powerful, connected, some very wealthy people, some trying to literally charter private jets to evacuate women thought to be Taliban targets,” Marie Clarke, the vice-president of global programs at Women for Women International, told The Guardian. 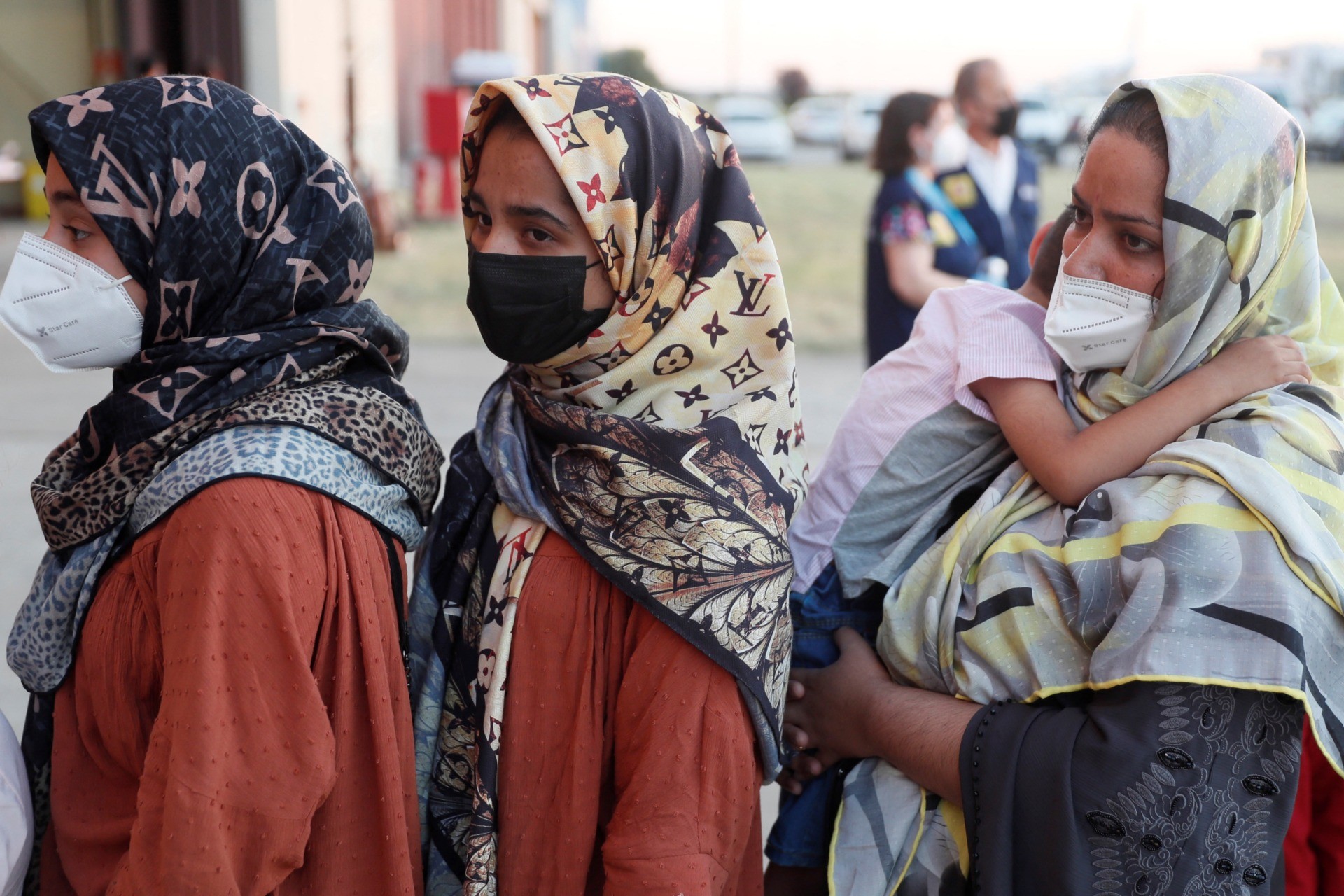 Afghan women queue upon their arrival aboard a second evacuation airplane, carrying Afghan collaborators and their families. (MARISCAL/POOL/AFP via Getty Images).

“In addition to having a hand in attempting to rescue at-risk women from Afghanistan, Ms Clinton also spoke with Canada’s prime minister, Justin Trudeau, about the escalating crisis,” the Guardian reported:

“I also spoke last night with former US Secretary of State Hillary Clinton,” Mr. Trudeau said Tuesday, according to the Washington Examiner, adding that she “shares our concern for Afghan women and girls” and “urged Canada to continue our work.”

As it turns out, Mexico came to the aid of Afghan journalists and their families, according to the Times:

A group of Afghans who worked for the New York Times, along with their families, touched down safely early Wednesday — not in New York or Washington, but at Benito Juárez International Airport in Mexico City.

The arrival of the 24 families was the latest stop in a harrowing escape from Kabul. And Mexico’s role in the rescue of journalists from The Times and, if all goes as planned, The Wall Street Journal offers a disorienting glimpse of the state of the American government as two of the country’s most powerful news organizations frantically sought help far from Washington.

Mexican officials, unlike their counterparts in the United States, were able to cut through the red tape of their immigration system to quickly provide documents that, in turn, allowed the Afghans to fly from Kabul’s embattled airport to Doha, Qatar. The documents promised that the Afghans would receive temporary humanitarian protection in Mexico while they explored further options in the United States or elsewhere.