Harris was questioned about the issue during her visit to Vietnam at a press conference in Hanoi.

Wall Street Journal reporter Tarini Parti asked her about China’s aggression in the region, questioning whether the Biden administration was prepared to increase their military presence in the region, level sanctions or make any action to challenge the Chinese Communist party’s aggressive behavior. 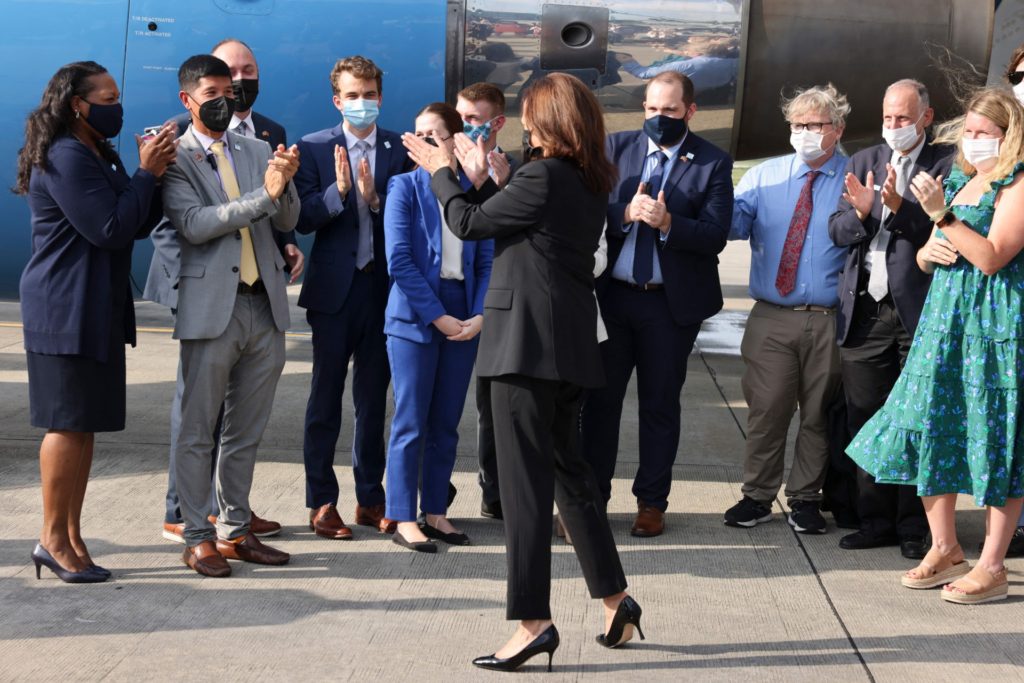 Harris replied that the Biden administration welcomed “stiff competition” from China but did not “seek conflict.”
“We’re going to speak up. We’re going to speak up when there are actions that Beijing takes that threaten the rules-based international order — again, such as activity in the South China Sea,” Harris said, calling freedom of navigation a “vital issue.”

Earlier in her trip, the vice president called for the United Nations to address the issue.

Kamala Harris is a failure. pic.twitter.com/dXl80bMtH3

“We need to find ways to pressure and raise the pressure, frankly, on Beijing to abide by the United Nations Convention on the Law of the Sea, and to challenge its bullying and excessive maritime claims,” she said.

But the Biden administration appears reluctant to act on anything that would challenge China’s actions.