House Speaker Nancy Pelosi’s (D-CA) husband Paul has invested between $250,000 and $500,000 in 18 hotels across the country, according to a House disclosure.

The hotels branded by Marriott and Hilton are in the following cities:

Paul’s investment strategy also included purchasing call options worth between $500,001 and $1 million shortly after the Pentagon revered course and canceled a Microsoft contract, creating an opportunity for Amazon to again bid for the contract that was awarded to their rival. 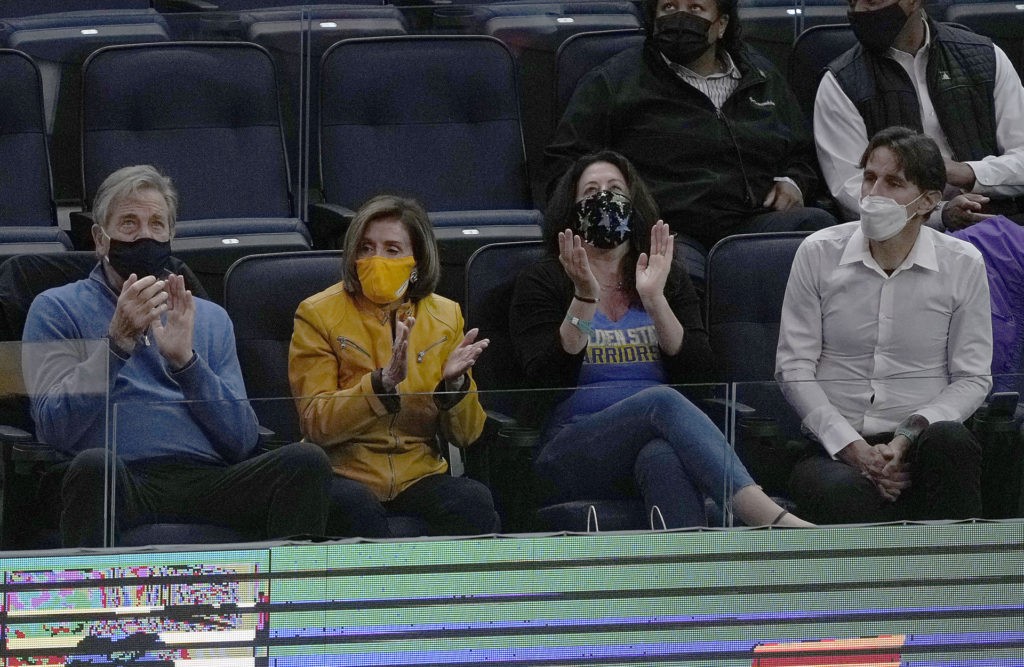 U.S. House Speaker Nancy Pelosi, second from left, with her husband Paul, left, and her children Christine and Paul Jr., right, watch a NBA basketball game between the Golden State Warriors and the New Orleans Pelicans on Friday, May 14, 2021, in San Francisco. (AP Photo/Tony Avelar)

In another money move, one of Paul’s companies reportedly benefited from the Trump administration’s $669 billion Paycheck Protection Program (PPP) by utilizing the program to access cheap money in the form of a loan.

While the program was in existence, Nancy Pelosi criticized the PPP, suggesting “transparency” is “needed to ensure struggling small businesses, particularly minority, women and veteran-owned businesses, are getting the vital assistance they need to survive and retain their workers.”