The Democrat party is attracting an electorate defined by undergraduate and post-graduate degrees while the Republican Party is steamrolling into the 2022 midterms as a juggernaut workers party, shaped by former President Trump, a Wednesday study indicates.

The study performed by the New York Times indicates those who hold an undergraduate and postgraduate degree are more likely to vote for Democrats by a combined 49 points (14 undergraduate, 35 post-graduate). Meanwhile, those who have some college or a high school diploma break for the GOP by 16 points (1 some college, 15 high school).

The two groups seem to be defined by the far-left agenda of the American university, which is largely skeptical of American exceptionalism and doubts the virtues of the American founding. For instance, “the black-clothed Antifa activists who are leading the anti-police riots are mostly the discarded, angry college-grade workforce of an increasingly high-tech, globalized economy,” Breitbart News reported. 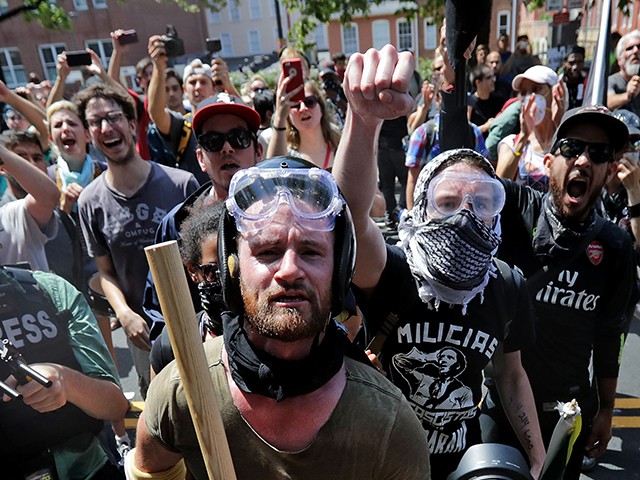 The cultural self-doubt instilled by the universities in graduates seems to have combined with a geographical labor market, as graduates are more likely than the non-college-educated to find jobs in coastal cities that are connected to the global market, where far-left corporations are headquartered and Democrat governments reign.

Access to the same geographical labor market is mostly unattainable for the non-college-educated, who have been sifted by credentialism and therefore remain excluded from many of the jobs graduates can win.

Untainted by the universities while perhaps more interested in rising wages and immigration, which heavily influences daily life in rural communities, many non-graduates have been impacted by former President Donald Trump’s realignment of the Republican Party. Trump, who ran as a populist or workers party candidate, opposing the traditional Republican agenda of free trade, open borders, and stagnant wages, has resonated with those who do not have a complete college education.

A quick inspection of the 2016 and 2020 national electoral map compared to an earlier 20th century one proves the “manifestation of a half-century trend: the realignment of American politics along cultural and educational lines, and away from the class… divisions that defined the two parties for much of the 20th century,” the Times analyzed.

“When the Harvard-educated John F. Kennedy narrowly won the presidency in 1960, he won white voters without a degree but lost white college graduates by a two-to-one margin,” the Times continued. “The numbers were almost exactly reversed for Mr. Biden, who lost white voters without a degree by a two-to-one margin while winning white college graduates.”

The recent demographic shift seems to have been initiated by Trump’s pitch to “old manufacturing towns” that voted for establishment Republicans in the past while watching their local economies crumble under the continual exportation of American jobs to countries with cheaper labor, such as Communist China.

“For some Republicans, Mr. Trump’s gains have raised the possibility that it may be easier to appeal to working-class voters of color,” the Times noted. The report also added that Hispanic voters are quickly losing interest in a Democrat party:

Mr. Trump made large gains among voters of color without degrees, especially Latino ones. The causes of his surge are still being debated, but one leading theory is that he was aided by a backlash against the ideas and language of the college-educated left, including activist calls to “defund the police.”

The 2020 election data backs up the Times assertion. Democrats lost about 11 House seats due to their acceptance of socialism, an ideology many Hispanics recognize as anti-small business and anti-entrepreneurial.

Looking ahead to 2022 midterms, the new Republican working class party is hoping for similar victories. Recent polling suggests Biden’s polling numbers are underwater in battleground states that include Senate, House, and gubernatorial races.