“Unlike RINO Liz Cheney, Harriet is all in for America First. Harriet has my Complete and Total Endorsement in replacing the Democrats’ number one provider of sound bites, Liz Cheney,” Trump wrote in a statement to reporters. “Make America Great Again!”

“Like many Wyomingites, I supported Liz Cheney when she ran for Congress,” Hageman said to the Casper Star-Tribune. “But then she betrayed Wyoming, she betrayed this country, and she betrayed me”: 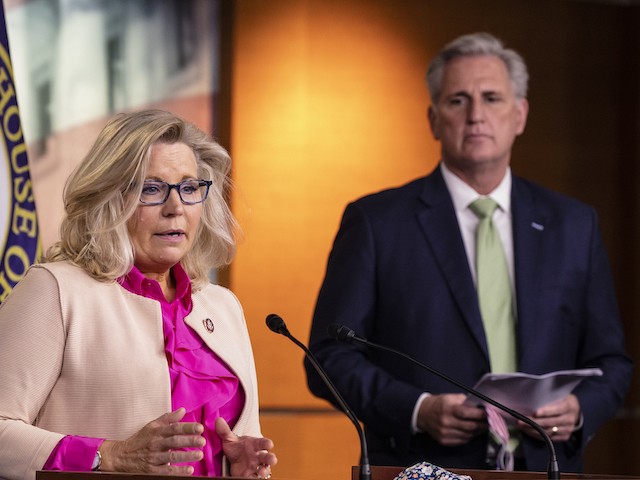 Trump praised Hageman as a “fourth-generation daughter of Wyoming” and “a very successful attorney.”

The former president also noted that Hageman had “the support and respect” of current Sen. Cynthia Lummis (R-WY).

Cheney responded to Trump’s endorsement on social media with two words: “Bring it”:

Here’s a sound bite for you: Bring it. pic.twitter.com/VmET1JUs12

Hageman’s sudden debut in the race demonstrates Trump was not satisfied with the existing field.

He did not meet with State Sen. Anthony Bouchard — possibly because he admitted impregnating a 14-year-old girl when he was 18.

Wyoming conservatives are eager to thin the number of conservative challengers to Cheney, reducing her chances to win.

In interviews with Breitbart News, both Gray and Smith indicated they would seriously consider exiting the race if Trump did not endorse them, but Bouchard did not.

“It wouldn’t be fair to the 12,000 donors, who have already given me support to fight this fight, to not stay in and fight for them,” he said.

Hageman, a water rights attorney, previously ran for governor of Wyoming in 2018 but fell to third place in a crowded primary, splitting the vote with Republican billionaire philanthropist Foster Friess.

In 2018, Trump endorsed Friess over Hageman in the Republican primary.