Four of the six prisoners, all of whom are considered highly dangerous, were found and apprehended over the weekend in the northern Israeli town of Nazareth and the nearby village of Umm al-Ghanam. According to Israel police,  local Arab Israelis helped with their capture, with dozens of Arabs calling the police alerting them of their whereabouts.

According to the Haaretz daily, some residents in the West Bank city of Jenin called on Arabs living in the Arab Israeli town of Nazareth not to dare visiting Jenin “unless measures were taken against the so-called snitches.”

Members of a Nazareth-based family gave the police information that led to the capture of two of the prisoners, Israeli media reported. The fugitives also approached Arab locals for food and shelter and were denied.

One political and social activist who spoke to Haaretz on condition of anonymity said that the fact that the four recaptured escapees were not given protection and shelter by locals shocked the Palestinian community in the West Bank in general and in Jenin in particular – the hometown of all the prisoners. “Everyone is downcast and they feel an anger and frustration that is hard to explain,” the activist told the newspaper.

Verbal attacks on social media were unleashed on residents of the northern city, Haaretz reported. 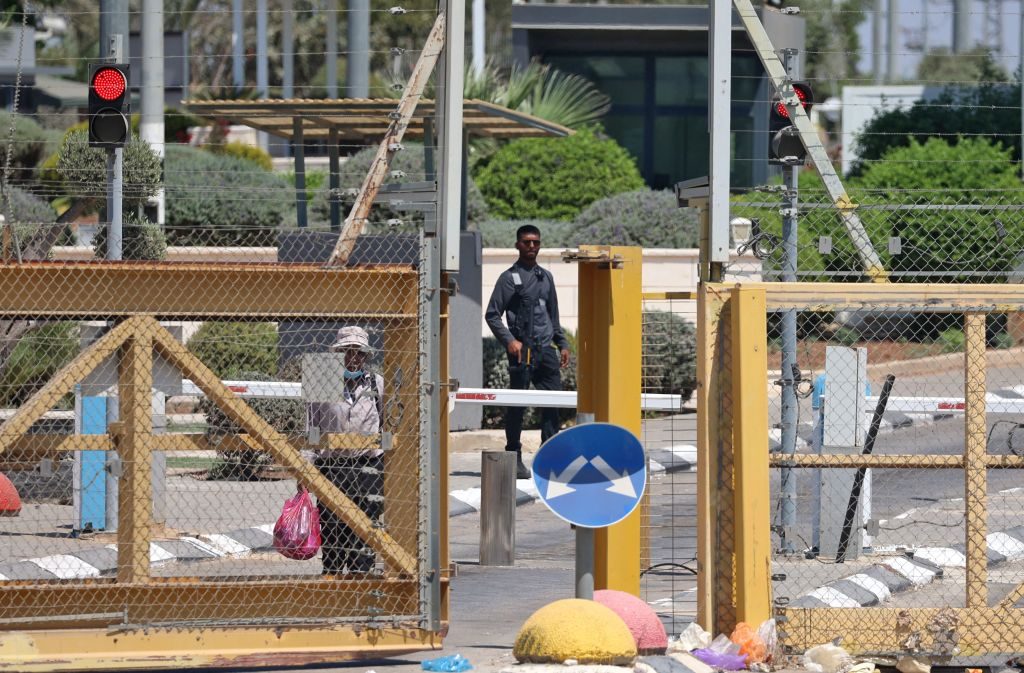 A member of the Israeli security forces watches a Palestinian man cross through the Al-Jalama checkpoint, located north of the West Bank town of Jenin, on September 6, 2021, after the Israeli army closed the checkpoint following the break out of six Palestinians from an Israeli prison. (JAAFAR ASHTIYEH/AFP via Getty Images)

Jamal Zubeidi, the uncle of one of the apprehended fugitives, notorious terrorist Zakaria Zubeidi, wrote on social media: “From today going forward, as far as I’m concerned [Arab citizens of Israel] are Israeli Arabs – Israeli Bedouin, Israeli Druze, Israeli Christians and Israeli Circassians – all their children serve in the Israeli army and [work] in Israeli defense companies, they’re proud of it, they wave the Israeli flag and sing ‘Hatikva,’” Israel’s national anthem.

The post by Jamal Zubeidi, who has himself been incarcerated in Israel eight times, caused a firestorm among Palestinians and Israeli Arabs, with many arguing that there are Palestinians “collaborators” who work with Israel in the West Bank and Gaza Strip as well.

Israeli Prime Minister Naftali Bennett expressed his appreciation for the Arab civilians who informed the police of the location of the terrorists, his office said on Sunday.

Following the prison break and before the four fugitives were caught, Palestinians in the West Bank and the Gaza Strip attended violent protests expressing their solidarity with the escaped terrorists.

In response to the capture on Friday and Saturday of four of them, rockets were launched at Israel from the Gaza Strip. 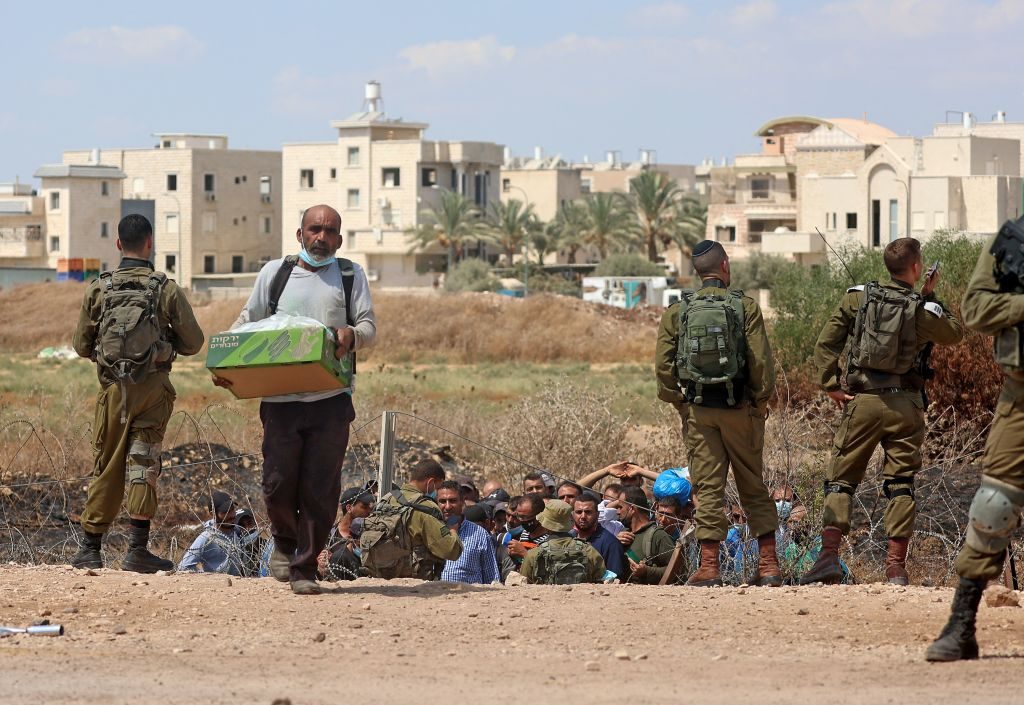 Israeli soldiers search Palestinian labourers, who work in Israel, before allowing them to cross through a hole in a security fence in the West Bank town of Jenin, on September 6, 2021, following the break out of six Palestinians from an Israeli prison. (JAAFAR ASHTIYEH/AFP via Getty Images)

The six escaped Gilboa Prison in northern Israel through a tunnel they had dug under a cell sink, triggering a massive manhunt in the area as well as in the West Bank. Five of the six are members of the Palestinian Islamic Jihad terror group, and four are serving life sentences for planning deadly attacks against Israelis.

One of the captured, Zubeidi, is a commander in the terror wing of the Palestinian political party Fatah, and was awaiting trial for more than two dozen crimes including multiple terror attacks during the Second Intifada.