Sixty people were shot, seven of them fatally, over the weekend in Mayor Lori Lightfoot’s (D) Chicago.

Breitbart News noted that more than 30 were shot Friday into Saturday night alone in Chicago, and three of those shooting victims succumbed to their wounds: 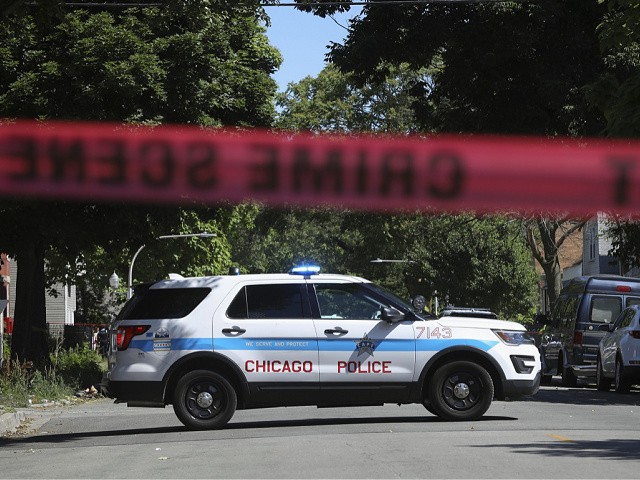 Police tape marks off a Chicago street as officers investigate the scene of a fatal shooting (AP Photo/Teresa Crawford).

The shooting fatalities included a 12-year-old boy who was discovered unresponsive Saturday morning with a gunshot wound to the head.

The boy was found at approximately 10:30 a.m. “in the 8000-block of South Bennett Avenue” and pronounced dead at the scene.

Another weekend shooting fatality was a 54-year-old man found deceased inside a vehicle Sunday morning with multiple gunshot wounds. His body was in a vehicle near “the 2700-block of West Flournoy Street.”

The weekend’s first fatality was an unidentified male who was shot Friday evening at about 5:30 p.m. He was outside “in the 7200-block of South Yale Avenue” when someone opened fire, striking him in the armpit and elsewhere, killing him.

HeyJackass.com lists the number of Chicago shooting victims at 192 so far in September, noting that 103 people were shot in Chicago last week alone.