House Speaker Nancy Pelosi (D-CA) said the House will vote on a bill entitled the Women’s Health Protection Act of 2021. If made law, it would protect the right to perform or undergo an abortion, a procedure that kills hundreds of thousands of female babies every year.

The move comes in response to the state of Texas passing a law that protects the unborn once a heartbeat can be detected.

The Texas Tribune opined about the pro-life law and how mostly Democrats in Congress want to federalize abortion:

The Women’s Health Protection Act of 2021, introduced by Rep. Judy Chu of California, would guarantee a pregnant person’s legal right to abortion and “permit health care providers to provide abortion services without limitations or requirements that single out the provision of abortion services.” Though the proposed legislation is expected to pass the House with a slim majority, it faces unlikely odds in the Senate.

While Democrats hold a majority of 50 seats in the Senate, the bill would need 60 votes to break a potential filibuster — a Senate procedure allowing members to delay or prevent votes on proposed legislation. With only two Republican senators who have previously supported abortion rights, Sen. Susan Collins of Maine and Sen. Lisa Murkowski of Alaska, there is no indication Democrats would be able to pick up eight votes across the aisle.

“Texas has been kind of the poster child for some really dangerous legislation this year,” Rep. Elizabeth Pannill Fletcher (D-TX) and cosponsor of the Women’s Health Protection Act said. “And so I think that a lot remains to be seen.” 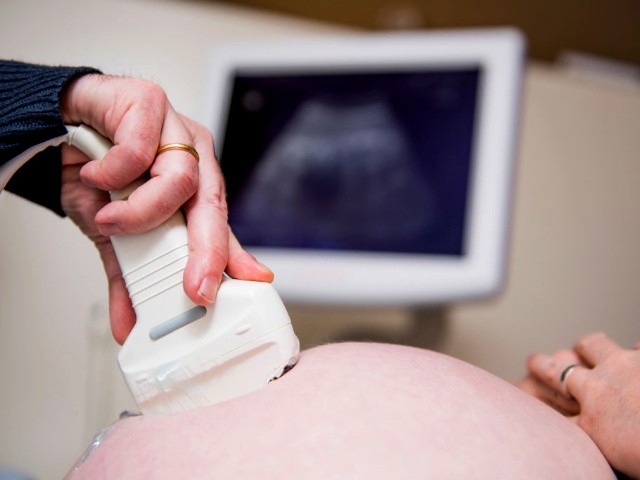 This picture shows a doctor doing an ultrasound examination during a visit of a pregnant woman to her gynecologist, January 31, 2019. (Jasper Jacobs/AFP/Getty Images)

Like other Democrats, Fletcher claims abortion is a constitutional right.

Rep. Veronica Escobar (D-TX) cosponsored the bill and also calls for packing the U.S. Supreme Court with left-wing justices after the High Court refused to stop the Texas law from going into effect.

Expand the court.
Abolish the filibuster.

“Despite ongoing partisan gridlock, Fletcher notes progress is not entirely out of reach for the Women’s Health Protection Act,” the Tribune reported.

“It’s expected to pass the House and then the Senate remains less clear, but I think it’s still possible,” Fletcher said. “I mean, we have to keep working for it.”