A whistleblower has alleged the Biden administration ordered U.S. Border Patrol agents to get vaccinated by November or else face termination even as thousands of coronavirus-positive migrants stream across the porous Southern Border.

In a letter addressed to DHS Chief Alejandro Mayorkas on Tuesday, Rep. Jim Jordan (R-OH), Ranking Member on the House Judiciary Committee, and Rep. Tom McClintock (R-CA) asked why agents at the Southern Border are now being ordered to get vaccinated or face termination during a difficult crisis.

While our border is facing this serious crisis, we have learned that you are threatening to terminate a significant portion of Customs and Border Protection (CBP) workforce.

The letter emphasized the incredible strain this will put on the CBP by thinning out a workforce that already has a difficult time recruiting people.

For years and through multiple administrations, it has been difficult to recruit and retain men and women to serve in U.S. Border Patrol. The locations of the job are typically remote and the job is often dangerous and hard. Their job is made even harder when senior officials, including Vice President Kamala Harris, spread false accusations of cruelty.

The letter was undoubtedly referring to recent comments made by Kamala Harris, who likened images of border patrol agents on horseback intercepting Haitian migrants to the days of slavery. 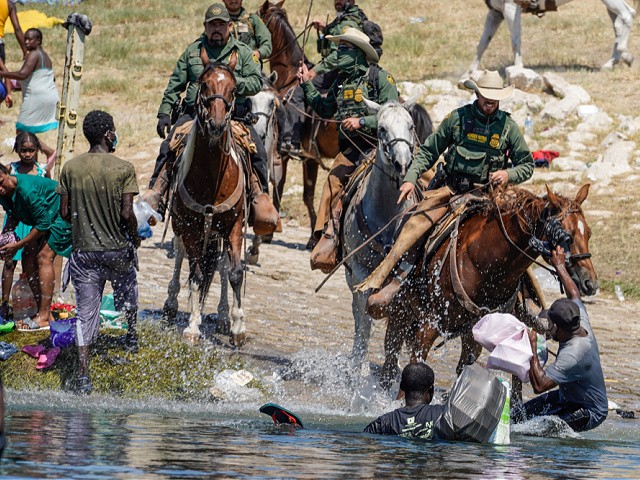 U.S. Border Patrol agents on horseback tries to stop Haitian migrants from entering an encampment on the banks of the Rio Grande near the Acuna Del Rio International Bridge in Del Rio, Texas on September 19, 2021. ( PAUL RATJE/AFP via Getty Images)

“First of all, I’ve been very clear about the images that you and I both saw of those law enforcement officials on horses – I was outraged by it,” she said on ABC last Friday. “It was horrible and and deeply troubling. There’s been now an investigation that has been conducted, which I fully support and there needs to be consequences and accountability.”

“Human beings should not be treated that way and as we all know it also evoked images of some of the worst moments of our history, where that kind of behavior has been used against the indigenous people of our country,” she added.

The photographer who captured the viral moment said the images have been misinterpreted, especially the now-debunked assertion that agents were using whips. 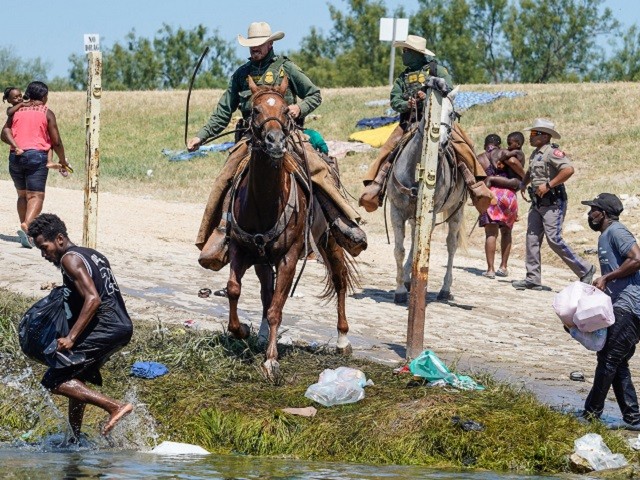 “He was swinging it, but it can be misconstrued when you’re looking at the picture,” he added.

Jordan and McClintock’s letter concluded by noting the outrageousness of demanding that agents at the Southern Border get vaccinated while allowing migrants into the country who have coronavirus.

“It is simply unbelievable that the Biden Administration will allow Covid-positive illegal aliens to surge across the border but will terminate dedicated law-enforcement officers who do not comply with Biden’s mandate,” it said.

🚨 #BREAKING: Whistleblower alleges that Border Patrol agents have been given official notice that they must be fully vaccinated by November 2021 or face termination. pic.twitter.com/5OytCtebe4