According to Ziegler, who has played a pivotal role on the ground getting Republicans registered in the state, there were 700,000 more Democrats than Republicans in 2008. By 2016, when former President Donald Trump took office, Democrats only maintained a 320,000 voter lead.

“And then today, we’re at about 20,000 more registered Democrats than Republicans,” he said, noting the narrowing gap between parties in the state. “So you’re seeing that gap go from 700,000, 320,000, to today about 20,000. So we’re going to overtake the Democrats. This is something that we’ve been working hard on as a state party.”

“We get a lot of people that flip,” he noted, crediting Florida’s shift, in part to the Democrat Party. He said the party’s insistence on becoming more extreme and socialistic, especially during the pandemic, is pushing people from blue states to red states — such as Florida — in search of freedom. He also sees more independent voters stepping out and choosing to vote red, as Democrats continue to push their luck with their leftist agenda.

Another factor bringing people south, according to Ziegler, is the state’s leadership. 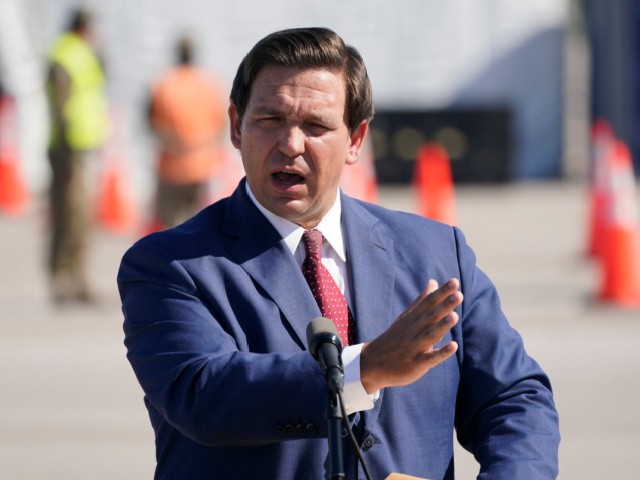 Florida Gov. Ron DeSantis has risen among the ranks of Republican leadership in the country and often sets himself up as a foil to President Joe Biden and Democrat governor’s in other states. During the height of the pandemic, DeSantis took a more individualistic approach compared to some Democrat governors, many of whom locked down their states for months and kept children home from school — something Ziegler described as “frankly tyrannical.”

“They’re coming down to Florida, and they are realizing they do not need to put up with big government,” he said. “It’s like a perfect storm for us in terms of flipping the state.”

The influx of new residents actually caused Florida to gain a congressional seat, which will boost the state’s sway even more in national politics. Simultaneously, California, New York, Illinois, Michigan, Ohio, Pennsylvania and West Virginia lost seats — and in California’s case, for the first time in state history.

“The latest stats from snntv.com indicate that nearly 1000 people move here every day and many are coming from northern states like New York, New Jersey, and Connecticut. According to move.org, Florida was the most moved to state in 2020,” Florida television station Fox4 reported in August.

Ziegler called DeSantis the “greatest attraction to the state,” which is opposite to what Democrats largely say of his leadership. Ziegler said the smears are an effort to slow DeSantis down before he has the chance to run for president of the United States one day, a political move heavily speculated in conservative circles.

“He has a spine, and that spine is strong. He’s standing up real tall, and he’s leading the fight — and he’s not afraid to take on fights,” he said.

Overall, Ziegler said he believes Democrats, “both locally and nationally” are fearful of what a “ruby red” Florida — the “swing states of the swing states”  — could mean for their agenda going forward.

“It’s going to be historic. For the first time ever in the State of Florida, we’re going to have more registered Republicans than Democrats, and that’s terrifying the Democrat Party both locally and nationally. I love watching them terrified, so it’s a lot of fun to be on the ground doing that,” he said.