Ronald Reagan Education Secretary William J. Bennett has joined forces with the Today Foundation and other education experts to develop The Story of America, a history and civics-based curriculum aimed at combatting the “anti-American ideology that radically misrepresents U.S. history” that has taken over current public education.

Bennett, whose New York Times bestselling book series America: The Last Best Hope is being used as the foundation for the curriculum, said that “for too long, an anti-America ideology that radically misrepresents U.S. history has infiltrated our education system and misled our kids.” Describing the current state of public education as a “crisis,” Bennett said The Story of America will tell annals of the republic “in a way that is truthful, engaging, and gives students the full, complex story.” 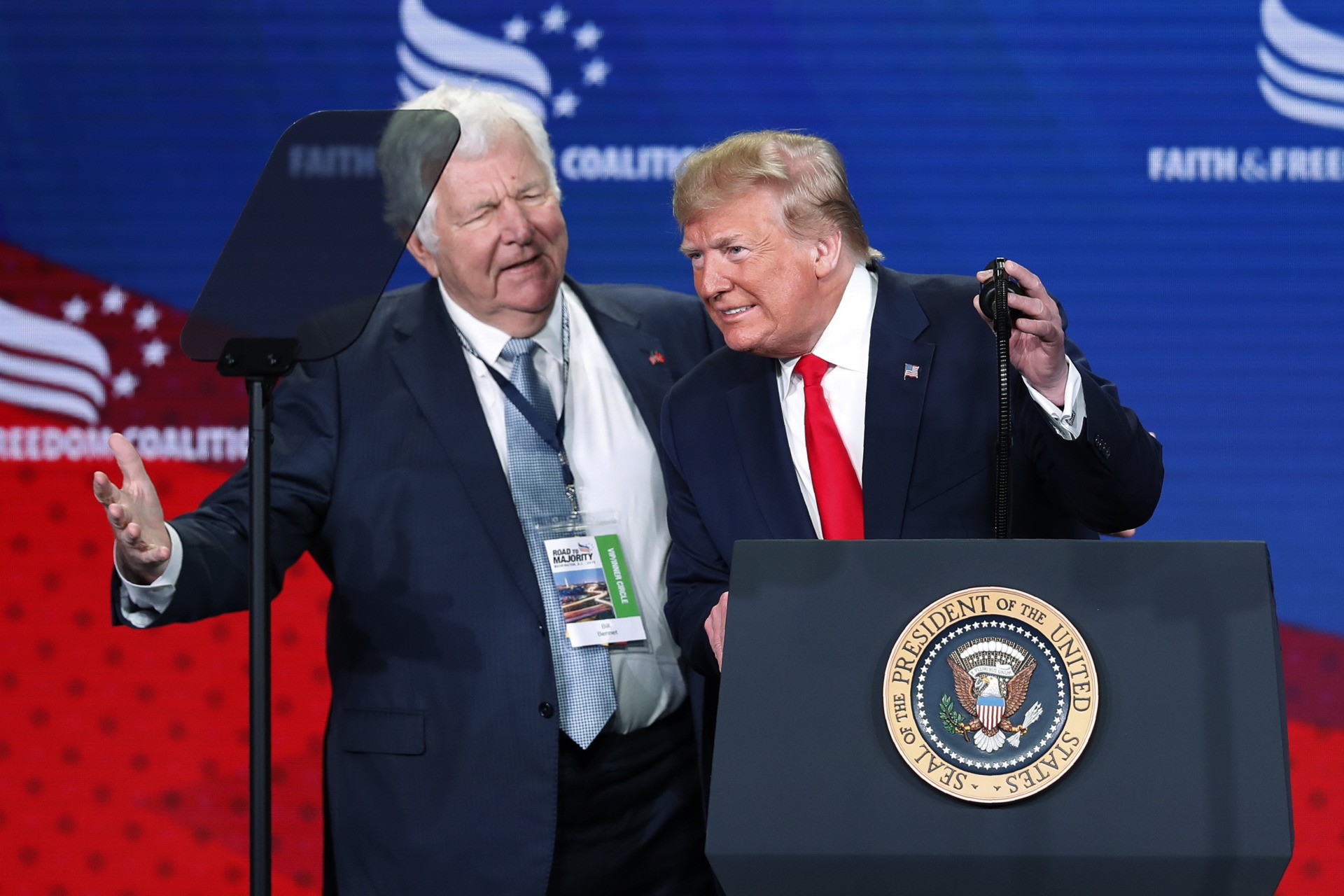 Brought together by Today Foundation President Richard Collins, who is a “pioneer in interactive learning” and online schooling, Bennett is joined by Kathleen Leos, a former assistant deputy secretary and director of the Office of English Language Acquisition at the U.S. Department of Education in former President George W. Bush’s administration, as well as Dan Kuenster, an Emmy award-winning artist and and former Disney Animation Studios executive, to bring well-developed content to a broad scope of American children whose schools seek to indoctrinate them with anti-historical content such as the New York Times’s 1619 Project.

“I wanted to tell the truth, the unvarnished and unblinking truth of the American Story,” Bennett says in the curriculum’s video trailer. The trailer also notes that a primary goal of the curriculum is to sharpen “critical thinking skills by analyzing historical documents, hearing original speeches, and viewing primary source materials.”

“A truthful understanding of our nation’s history, devoid of political activism, is an essential component of that education,” Collins said, continuing that the curriculum will teach “real history of America.”

And such political activism is now kicking into high gear, with U.S. Attorney General Merrick Garland recently directing the FBI to combat “threats of violence” from those speaking out against radical indoctrination schemes like Critical Race Theory at school board meetings. Garland’s directive came only days after the National School Boards Association (NSBA) asked the Biden administration to use the PATRIOT Act, among other federal weapons, to weed out “domestic terrorist” parents who disagree with radicalism in their children’s schools.

Thus far, credible threats of violence against school board members have been either scant or nonexistent, but the NSBA cites “trespassing,” being “forced to end meeting abruptly,” and an individual “who proclaimed himself as ‘vaccine police,’ has called school administrators while filming himself on Facebook Live,” as such threats.

The letter follows the National School Board Association's request to classify protests as "domestic terrorism." pic.twitter.com/NhPU03YOYq

But such apparent political activism from the highest power centers in the American government, and its aid in enforcing disastrous educational standards, appears to be in the sights of The Story of America.

“Across our country, politics has replaced teaching at the expense of our children,” Leos said of the issues facing students and families. “Politicized classrooms have caused education standards to fall, leaving children without the proper core competencies in literacy and history. This curriculum explores our nation’s journey through time, while also reinforcing literacy skills through critical reading and writing instruction using this innovative platform.”

Kuenster, who was brought on to “bring U.S. history to life,” is creating The Story of America’s “multi-dimensional, interactive platform,” saying of the online curriculum, “In order for any educational program to be successful, it must be engaging for the student. … Our creative team is excited to bring the story of America to life with this new interactive and innovative curriculum.”

The curriculum, which will be digital and aligned with U.S. history and literacy standards, is set to be released in both English and Spanish in the fall of 2022.