The Washington Post is promoting a proposal to diversify the “overwhelmingly white and Christian” state of Wyoming by resettling Afghans in the region.

As part of President Joe Biden’s massive resettlement operation out of Afghanistan, his administration plans to resettle at least 95,000 Afghans across 46 states. The only states or territories not taking Afghans are Hawaii, South Dakota, West Virginia, Wyoming, and Washington, DC.

Wyoming is the only state in the nation where the federal government does not annually resettle refugees. That is mostly because none of the nine taxpayer-funded refugee contractors have offices in the state.

In a piece titled “One state has never taken in refugees. Will it welcome Afghans?,” the Post explores a proposal by a local Episcopal church in Casper, Wyoming, to take in Afghans.

The Post interviewed a series of individuals for the piece, including those who said Afghan resettlement in Wyoming could “help with diversification” and break from their “conservative beliefs.”

Whether that will happen, or even be possible, in this deeply conservative Western state remains in question. Wyoming, overwhelmingly White and Christian, has never formally welcomed refugees. Just a few years ago, debate over refugee resettlement spiraled into anti-Islam protests and a Koran-burning, alarming the state’s tiny Muslim population and dashing the hopes of its most prominent refugee advocate. [Emphasis added]

“I hope that with time people can look at what I’ve been able to overcome and how proud I am to call myself a Wyomingite,” Bahige said. “… Refugees can be contributing members of our community and help with diversification.” [Emphasis added]

“Wyoming needs to do better, especially if they want human beings to move up there,” said Mohamed Salih, a Sudan native who for 33 years lived in Cheyenne, where he was a community college dean and frequently gave talks on Islam. He moved Denver more than a year ago. “I had friends, but in total, the community is really not welcoming to the other. And that is, I think, wedded in their conservative beliefs: We want to keep Wyoming as Wyoming — whatever that means.” [Emphasis added] 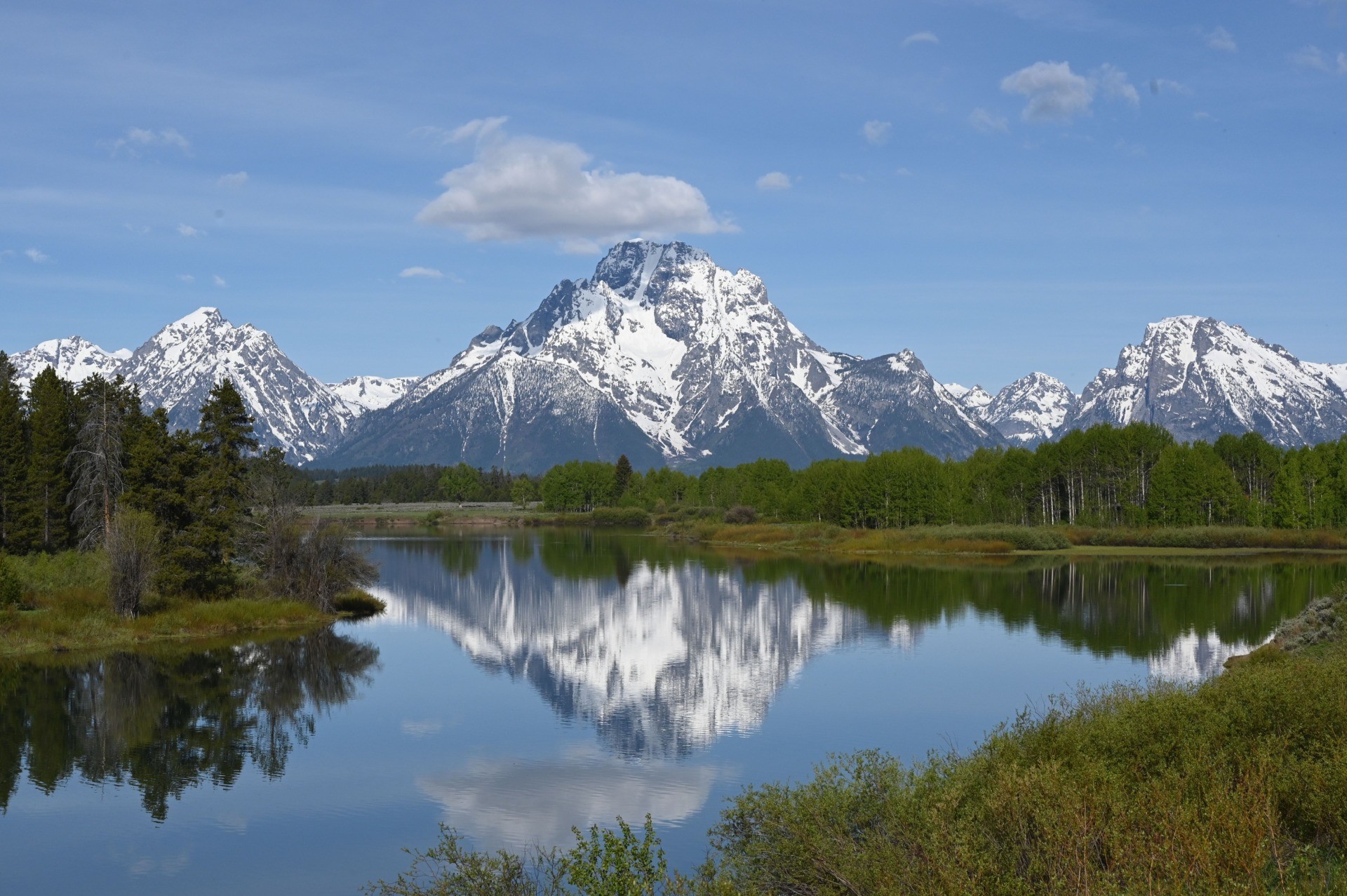 The sun hits the tips of the Grand Tetons behind the Moulton barn October 5, 2012 in the Grand Teton National Park in Wyoming. (KAREN BLEIER/AFP via Getty Images)

Wyoming, with its population of fewer than 580,000 residents, has long been eclipsed by the number of refugees the government has brought to the United States over the last two decades.

Since 2001, nearly a million refugees have been resettled in the nation.

With Biden’s resettlement operation, the largest of its kind, the total number of Afghans the administration hopes to bring to the U.S. is well beyond the populations of all of Wyoming’s largest cities and towns — including Cheyenne, Casper, Laramie, and Gillette.

Compared to Jackson, Wyoming, the state’s most popular destination for tourism, Biden’s resettlement operation in terms of refugees is more than nine times the small city’s resident population.