Data released by the Crime Prevention Research Center (CPRC) show that the number of concealed carry permits in America has now surpassed 21.5 million.

Yahoo News noted that the number of concealed carry permits increased by “a record two million last year,” surpassing the previous yearly record of increase by 200,000. 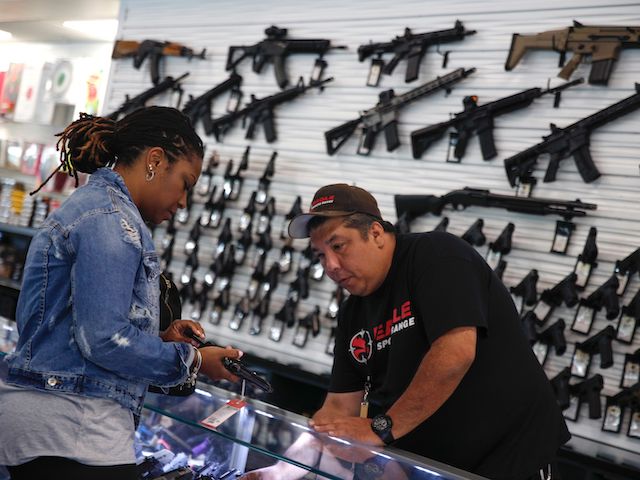 Kiley Russell (L) speaks to salesman Jason Zielinski as she gets information about buying a gun before taking her concealed carry certification test at the Eagle Sports gun range in Oak Forest, Illinois, on July 16, 2017. (Jim Young/AFP via Getty Images)

The CPRC researchers noted that the continued growth of constitutional carry means there is an increasing, and unknown, number of law-abiding Americans who carry guns each day for self-defense apart from the cumbersome process of being permitted.