Brooklyn Nets star Kyrie Irving will reportedly miss every Nets home game in New York “for the foreseeable future” since he still has not taken any of the various coronavirus vaccines.

New York City’s coronavirus mitigation rules require all pro athletes to be vaccinated before being allowed to enter a city arena or stadium. Still, Irving has continued to stonewall the rule, refusing to get vaccinated or talk much about it to the press.

Now, according to NJ.com’s Adam Zagoria, Nets management is reporting that Irving will be out of commission for home games at Barclays Center until or unless he gets vaccinated.

“I think we recognize he’s not playing home games,” Nets coach Steve Nash said on Sunday. “We’re going to have to for sure play without him this year. So, it just depends on when, where, and how much.” 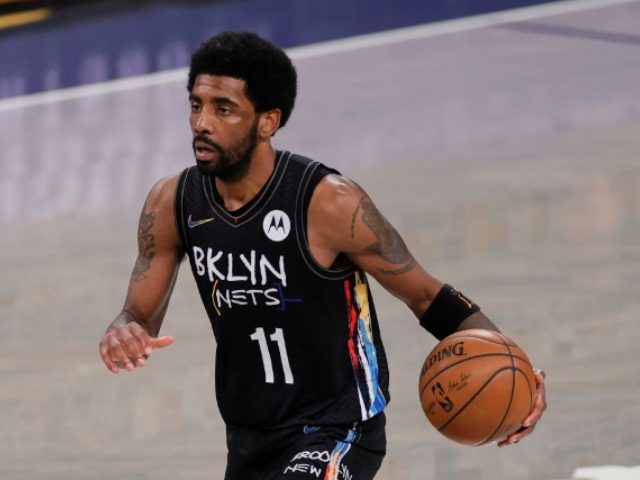 Nash added that they have to assume that Irving will miss all 41 home games in Brooklyn. He will also miss games against the Knicks, Warriors, Lakers, and Clippers due to coronavirus vaccine requirements in their home arenas. The NBA has also ruled that unvaccinated players will forfeit pay for games missed over vaccine refusal.

So far, Irving is unrepentant over his vaccine status. On Saturday, he jumped to Twitter to say, “I am protected by God, and so are my people. We stand together.”

I am protected by God and so are my people. We stand together.

Still, Nash seemed hopeful that New York could change its coronavirus vaccine requirements before the season it up and Irving will be allowed to return to Barclays Center.

“Anything can change. Who’s to say, the city’s ordinance could change? Anything could change,” Nash said. “I think right now we’re just trying to remain flexible, open-minded and figure it out as we go because information is coming in by the half-day here. Whether it’s Paul (Millsap’s) situation, Kyrie’s situation or the laws. We found out Friday he could come in the building. So, things are shifting, no one’s been through this before and we’re just trying to figure it out as we go.”

It appears that Irving will play in the Nets’ season opener in Milwaukee on Oct. 19 but then stay home for the next six home games in Brooklyn.