Transportation Secretary Pete Buttigieg was absent Monday as a surge of flight delays snarled travel in the South over the Columbus Day weekend. 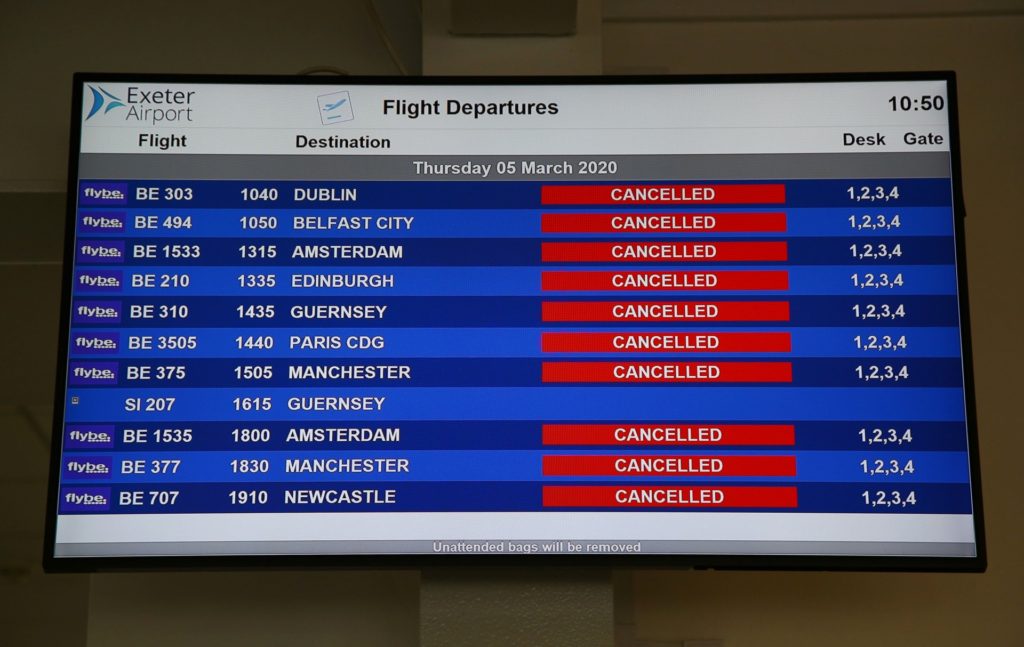 An electronic flight departure board displays ‘cancelled’ status’s for all Flybe flights due to have taken-off from Exeter Airport in Exeter, south-west England on March 5, 2020, following the news that the airline had collapsed into bankruptcy. – British regional airline Flybe crashed into bankruptcy Thursday after the deadly coronavirus proved to be the final nail in its coffin. The biggest operator of UK domestic flights said it has sunk into administration — a last-ditch process aimed at salvaging at least some of the company. (Photo by GEOFF CADDICK / AFP) (Photo by GEOFF CADDICK/AFP via Getty Images)

The Department of Transportation did not reply to a request for comment from Breitbart News on Monday about Buttigieg’s response to the crisis or about where he spent the weekend.

The Federal Aviation Administration said in a statement that the delays on Friday were a result of severe weather, military training and limited staffing in a Jacksonville Air Route Traffic Control Center but did not share any details about the interrupted flights over the rest of the weekend.

Some airlines continue to experience scheduling challenges due to aircraft and crews being out of place. (2/2)

The delays occurred two days after the Southwest Airlines pilots’ union asked a federal judge to block the company’s vaccine mandate, prompting speculation about a possible “sick out” protest of employees reacting to the draconian measure.

A Southwest Airlines spokeswoman denied any evidence of a coordinated staff protest.

Buttigieg remained silent through Monday, despite the crisis.

The Secretary of Transportation was last seen on Friday in an appearance on MSNBC’s Morning Joe.

Buttigieg spoke about the ongoing struggles to deal with the clogged ship ports as well as being a new parent of twins.

“Don’t get me wrong, it’s incredibly… it’s the most demanding thing I think I’ve ever done,” he said about becoming a parent.