Archbishop for the Military Services, USA Reverend Timothy P. Broglio said Tuesday that while the Catholic Church has deemed coronavirus vaccines morally permissible, that does not preclude a service member from believing they would violate their conscience.

Broglio said in a statement:

Earlier this year, I affirmed that the Archdiocese for the Military Services, USA (AMS), clearly encourages the faithful entrusted to her care to follow the guidance of the Holy See and the United States Conference of Catholic Bishops (USCCB) with regard to COVID-19 vaccines.

The Congregation for the Doctrine of the Faith, which is the Church’s highest doctrinal authority, speaking for the Bishop of Rome, has made clear its position on the vaccines available to mitigate the Coronavirus pandemic. The USCCB Committees on Doctrine and on Pro-Life Activities have stated that it is morally permissible to receive the COVID-19 vaccinations currently available in the United States.

On 24 August 2021, the Secretary of Defense issued a memorandum directing the mandatory vaccination of all services members against COVID-19. Since then, some service members have refused to take the vaccine and have requested a religious accommodation through the Religious Freedom Restoration Act.

This circumstance raises the question of whether the vaccine’s moral permissibility precludes an individual from forming a sincerely held religious belief that receiving the vaccine would violate his conscience. It does not. [Emphasis added]

The military archdiocese also weighed in on which vaccines were more morally acceptable. Broglio said the Pfizer and Moderna coronavirus vaccines were tested using an “abortion-derived cell line,” which for centuries has been considered “remote” material cooperation with evil and “is never sinful.”

However, he said said the Johnson & Johnson vaccine was not only tested but developed and produced with abortion-derived cell lines, which is “more problematic.” 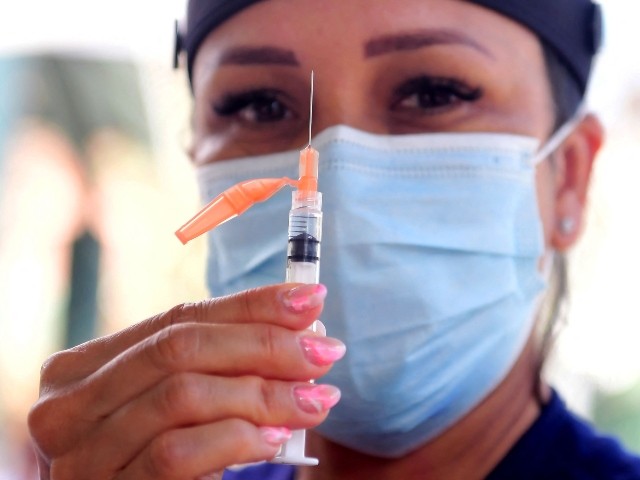 “If it were the only vaccine available, it would be morally permissible, but the faithful Catholic is to make known his or her preference for a more morally acceptable treatment,” Broglio said.

Broglio said that while the Congregation for the Doctrine of the Faith examined these moral concerns and judged that receiving these vaccines “does not constitute formal cooperation with the abortion,” and is therefore not sinful, “the Church treasures her teaching on the sanctity of conscience.”

“Conscience is the most secret core and sanctuary of a man. There he is alone with God, Whose voice echoes in his depths,” he wrote, adding:

In all his activity a man is bound to follow his conscience in order that he may come to God, the end and purpose of life. It follows that he is not to be forced to act in a manner contrary to his conscience. Nor, on the other hand, is he to be restrained from acting in accordance with his conscience, especially in matters religious.

“Accordingly, no one should be forced to receive a COVID-19 vaccine if it would violate the sanctity of his or her conscience,” Broglio said. 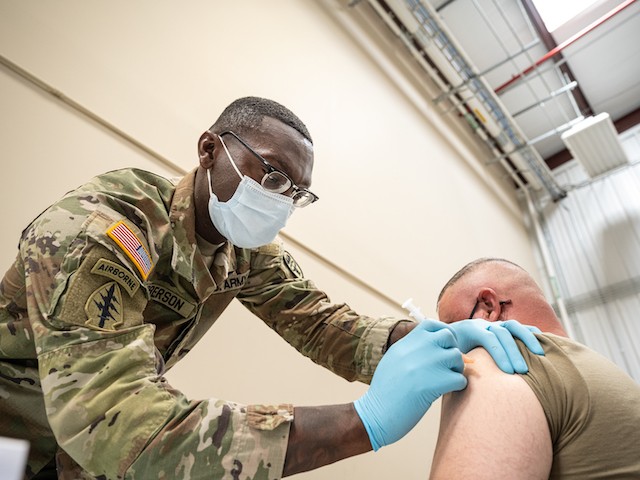 He added that individuals also possess the “civil right not to be hindered in leading their lives in accordance with their consciences.'”

“Even if an individual’s decision seems erroneous or inconsistent to others, conscience does not lose its dignity. This belief permeates Catholic moral theology as well as First Amendment jurisprudence. As stated by the United States Supreme Court, ‘[R]eligious beliefs need not be acceptable, logical, consistent, or comprehensible to others in order to merit First Amendment protection,'” he said.

He called denial of religious accommodations or punitive or adverse personnel actions taken against those who raise “earnest, conscience-based objections, would be contrary to federal law and morally reprehensible.”

However, he urged those refusing the vaccine to “act in charity” for their neighbors and for the common good by undertaking means to mitigate the spread of the coronavirus through wearing face coverings, social distancing, undergoing routine testing, quarantining, and remaining open to receiving treatment should one become available that is not derived from, or tested with abortion-derived cell lines.

Archbishop Broglio has issued a statement regarding Coronavirus Vaccines and the Sanctity of Conscience. https://t.co/wqc33z6zNg pic.twitter.com/5mPiSGn6jM