The largest organization of LGBT conservatives in the United States blasted Transportation Secretary Pete Buttigieg for being on paid leave to spend time with his husband and their two newborn babies during a supply chain crisis.

“Buttigieg is the second openly-gay cabinet secretary, but he is the first to fail at his job. Amid an unprecedented supply-chain crisis that is ripping apart America’s economy, Buttigieg went MIA from the Department of Transportation for nearly two months,” the Log Cabin Republicans said in a statement. 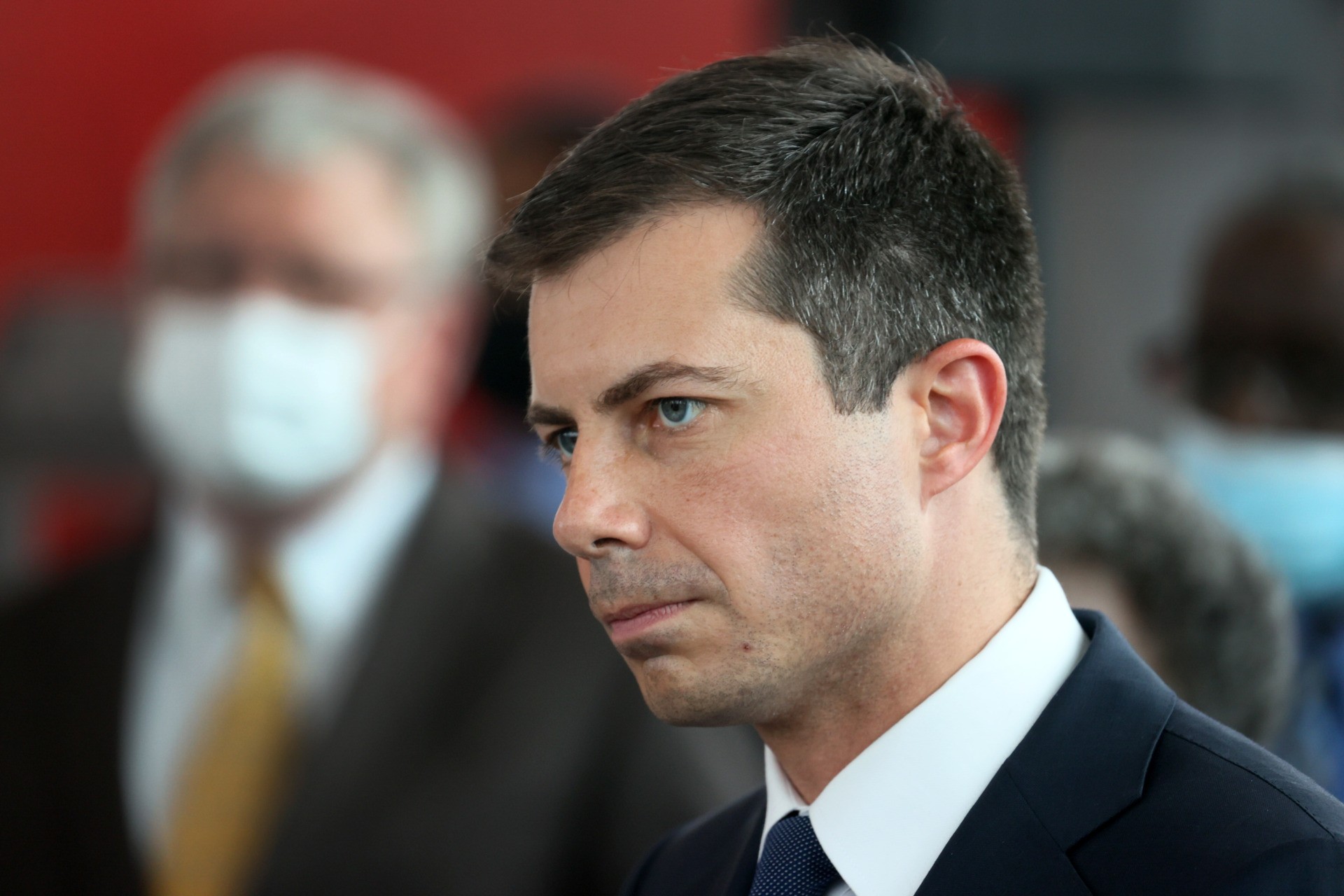 “It’s clear he doesn’t respect the gravity of his job, but even if he had showed up for work, it wouldn’t have made a difference,” the organization continued. “Buttigieg was and remains completely unqualified to lead the Department of Transportation and was clearly hired by Joe Biden because he was gay and the Left prioritizes identity politics and wokeism.”

Buttigieg has been absent during a months-long cargo ship crisis, contributing to empty store shelves. The cost of moving goods around the country has soared recently, adding to inflation and setting consumer prices skyrocketing, according to data from the Labor Department.

The secretary, in July, held a roundtable on the issue. Still, the traffic jam due to various factors, rising import demand, insufficient trucking, and workers’ reluctance to do night shifts has since grown worse.

“If the DC media wasn’t so in the tank for Joe Biden and the Left, this story would have been reported weeks ago,” the Log Cabin Republicans added. “Instead, it’s alarming that a cabinet secretary in Joe Biden’s Washington can leave work for weeks and no one in the Washington press corps notices.”

This week, after Buttigieg’s whereabouts have been questioned during the ongoing crisis, Politico‘s West Wing Playbook confirmed that Buttigieg was “lying low.”

“They didn’t previously announce it, but Buttigieg’s office told West Wing Playbook that the secretary has actually been on paid leave since mid-August to spend time with his husband, Chasten, and their two newborn babies,” Playbook reported.

“For the first four weeks, he was mostly offline except for major agency decisions and matters that could not be delegated,” a spokesperson for the Department of Transportation said to Playbook. “He has been ramping up activities since then.” As he does that, Buttigieg will “continue to take some time over the coming weeks to support his husband and take care of his new children.”

Richard Grenell, the first openly-gay cabinet-level official — serving as acting director of national intelligence under former President Donald Trump — as well as former ambassador to Germany, said, “It’s clear Pete Buttigieg was hired because he’s gay. After 6 months on the job he takes 2 months off?! This is what we get when Cabinet hires are made according to the woke rules of identity politics.”

“If the Secretary of Transportation had been focused on solving the supply chain problem back in July then we wouldn’t be in this deep of a crisis,” Grenell added.