White House press secretary Jen Psaki called Buttigieg a role model for taking so much time off after he and Chasten got baby twins.

“[P]roud to work in an Administration that is fighting to make paid leave a reality for everyone, and with people like Sec. Pete Buttigieg who are role models on the importance of paid leave for new parents,” she wrote.

Also proud to work in an Administration that is fighting to make paid leave a reality for everyone, and with people like @SecretaryPete who are role models on the importance of paid leave for new parents https://t.co/Zby6W6XoNo

“To call parenting your newborns being ‘MIA; is to render invisible every single working parent in this country,” she wrote on social media. “Outdated, embarrassing and unacceptable. It’s long past time we see and support working parents instead.”

Since mid-August, Buttigieg took off work to be with Chasten as they prepared for parenting, according to Politico.

Buttigieg and Chasten announced the birth of two baby twins in September. 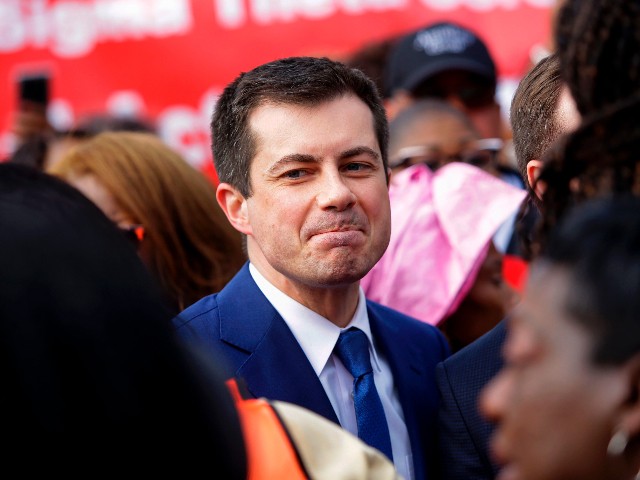 “Pete needs to either get back to work or leave the Department of Transportation,” she said to Breitbart News.

On October 7, Buttigieg appeared on Morning Joe, where he spoke about the ongoing supply chain issues and also about being a new parent.

He described taking care of the twins as “the most demanding thing I think I’ve ever done” and spoke about the long hours of parenting.

"It's been wonderful. It's everything people tell you to expect and more. I think the biggest thing that has surprised me is just how much joy there is even sometimes in the hard parts." —@secretarypete on being a new dad pic.twitter.com/UwovzGxTNH