Vice President Kamala Harris on Monday will plead for the broad embrace of the Biden administration’s “Build Back Better” legislative agenda as she visits Lake Mead in Nevada.

Her public appeal will be the latest attempt to highlight Democrat infrastructure and climate change proposals currently stalled in Congress.

AP reports Harris will be briefed by Bureau of Reclamation officials about elevation levels at the drought-stricken Nevada reservoir that supplies drinking water to 25 million people in the American West and Mexico.

After a tour, the vice president will make remarks and meet with officials from the Interior Department and other federal and state agencies, including the Southern Nevada Water Authority. She will be joined by Reps. Dina Titus, Susie Lee and Steven Horsford, all Nevada Democrats.

Against this backdrop, AP outlines Harris is expected to promote the administration’s “build back better” agenda — originally billed at $3.5 trillion — for which Democrats are struggling to win moderates’ support, as Breitbart News reported.

Biden has let the Left wing of his party run away with his presidency. The latest case in point is the "infrastructure" bill fiasco. https://t.co/cDnRZu2bRv

That agenda includes climate provisions the Biden administration has said would make the U.S. more resilient against the effects of climate change. 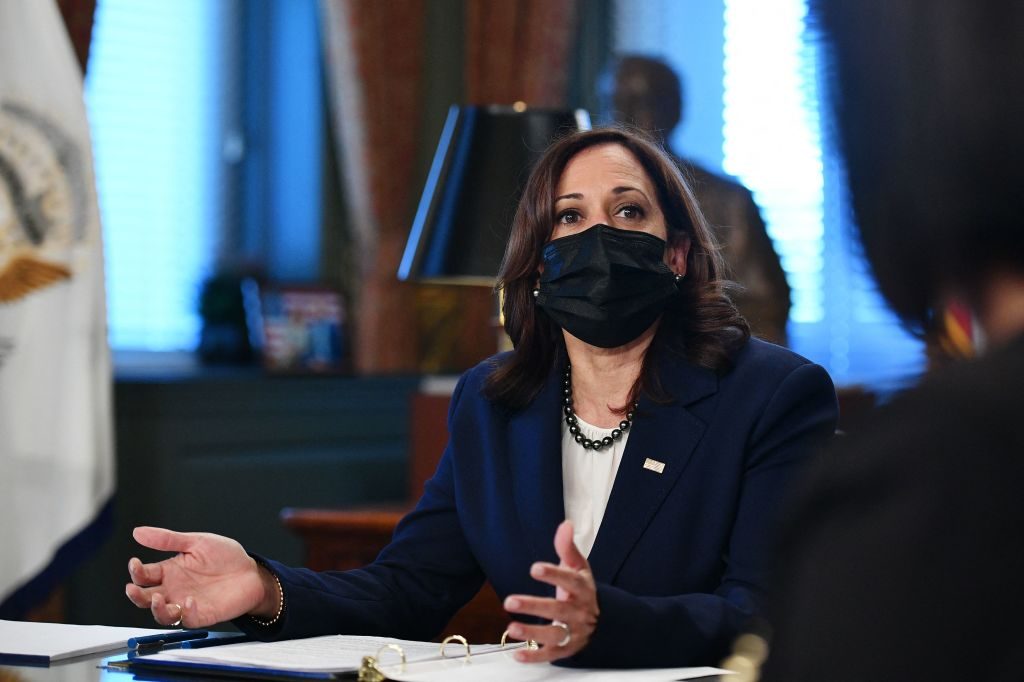 U.S. Vice President Kamala Harris meets with small business leaders to discuss how the Infrastructure Deal and the Build Back Better Agenda will help their companies in Washington, DC, on September 29, 2021. (MANDEL NGAN/AFP via Getty Images)

The Biden administration has said its infrastructure spending plans would create millions of jobs in repairing water infrastructure, restoring watersheds and wetlands and increasing water efficiency.

Amid a lack of support from some Democrats, President Joe Biden on Friday said he would rather cut the duration of some programs in the expansive social services and climate change package than strike out entire sections.

The effort by Harris to increase her level of public engagement comes after a little more than six months in her current role, with the potential 2024 presidential candidate already being seen as one of the least popular vice presidents since the 1970’s.