President Joe Biden has not held a press conference in 96 days or an interview since August 18, Republican National Committee’s research team tweeted Monday.

When Joe Biden has appeared at White House events, not to hold a press conference but just to speak without taking questions, he has been an average of 20 minutes late, Fox News reported last week.

For example, Biden on Wednesday was reportedly 38 minutes late to address why many American children will not receive the toys they wanted for Christmas due to a supply chain crisis exacerbated by the Biden-Harris administration. 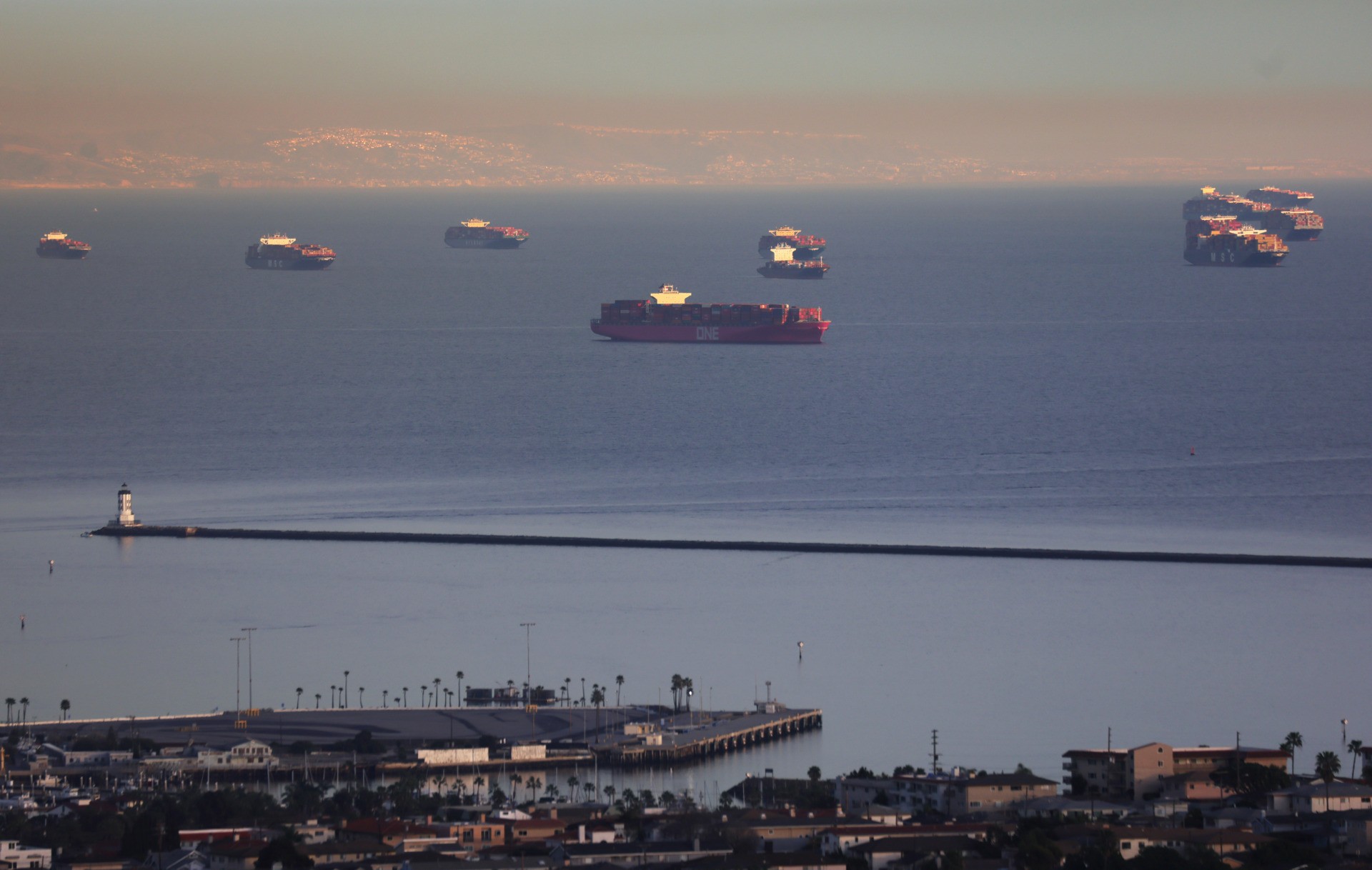 Container ships and tankers are anchored close to the ports of Los Angeles and Long Beach. (Mario Tama/Getty Images).

On Monday the White House announced Biden will participate in a town hall event with CNN’s anchor Anderson Cooper on Thursday at 8 p.m., which is to last 90 minutes.

Even CNN fact checked that claim as false:

Biden’s false, public statement about the pain Americans are feeling from the increase in prices across the board comes as polling indicates Biden does not possess enough “mental soundness” to be president.

“Do you think Joe Biden has the mental soundness to serve effectively as president, or not?” Fox News asked respondents. Forty-nine percent said yes, and 48 percent said no.

Doubt among Americans as to the president’s mental fitness come as Sen. James Risch (R-ID) asked Secretary of State Antony Blinken in September if Biden is really in the man in charge of his administration.

“There’s real questions right now as to who’s making the decisions,” Risch stated in a committee hearing. “We know for a fact that the President of the United States is somewhat disadvantaged here, in that someone is calling shots. He can’t even speak without someone in the White House censoring it or signing off on it.”

“The president speaks for himself,” Blinken replied. “Anyone who trie[s] to stop him [Biden] from saying what he wanted to say, speaking his mind, would probably not be [there] long for their job.”