At a press conference on Wednesday, DeSantis said he would “fortify” parent rights when it comes to dealing with the public schools and school boards.

“As we continue to see the use of fear and intimidation to suppress opposition to the regime, we’re going to find new ways to be able to empower parents’ rights to decide what is best for their children,” DeSantis said. “Parents across the state should know that their freedoms are going to be protected here, and that the state of Florida has your back.”

Following a letter to President Joe Biden from the National School Boards Association claiming school officials are facing threats, the Department of Justice issued guidance that said the agency would act to prevent any violence, going so far as to characterize parents as domestic terrorists. 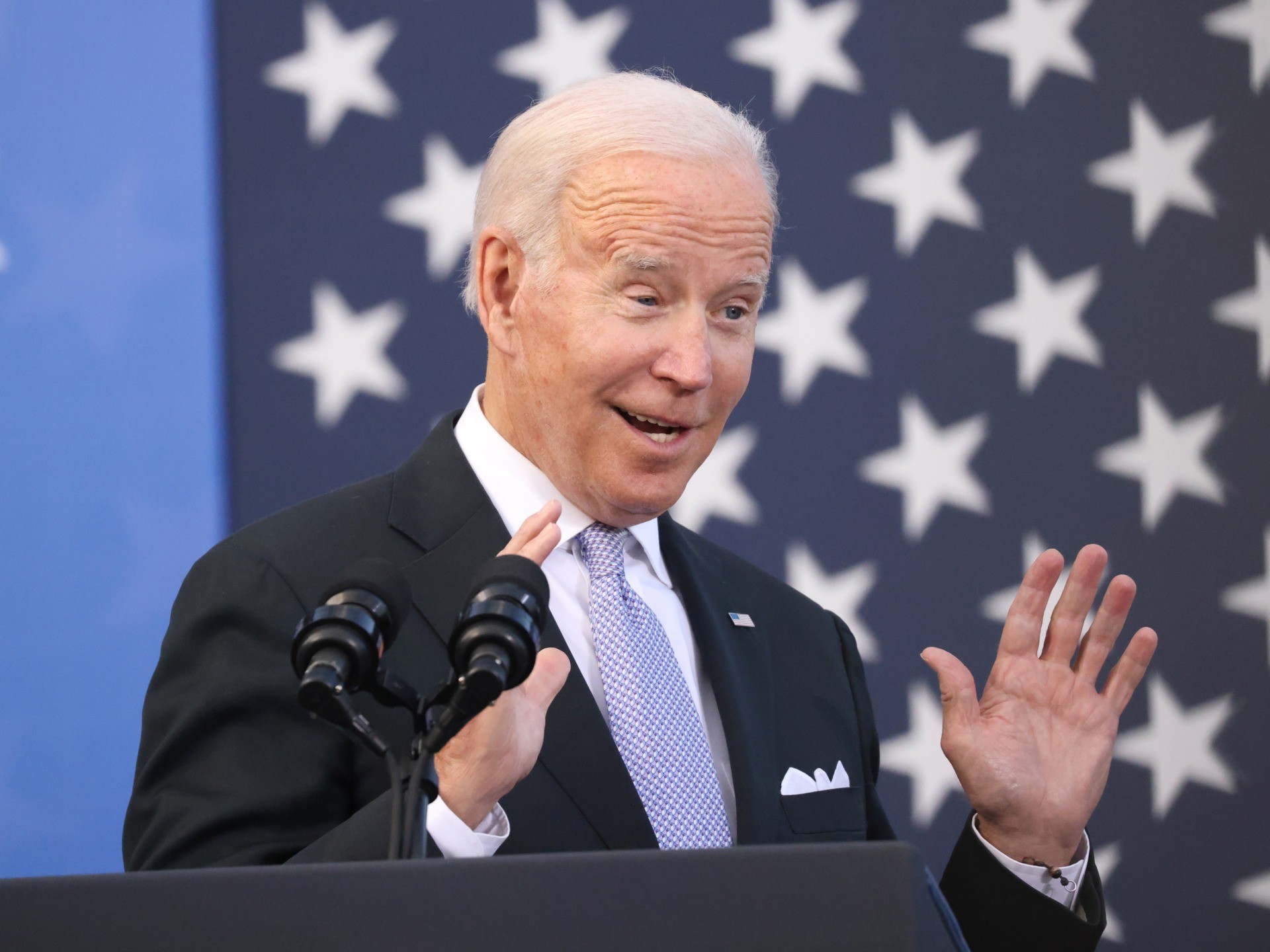 President Joe Biden speaks at an event at the Electric City Trolley Museum in Scranton on October 20, 2021 in Scranton, Pennsylvania. (Photo by Spencer Platt/Getty Images)

“We have a good working relationship with our (local) law enforcement,” Pinellas County School Board Chairperson Carol Cook said. “If the law enforcement agencies determine there need to be any investigations, that’s them. We’re not asking for it.”

The Miami Herald reported on the development:

The Pinellas board regularly extends time for members of the public to speak on agenda items and on general issues during a portion of the meeting after official actions are completed. The board this week decided to stop live streaming the participation section, though it will still have that time available. Hillsborough County School Board Chairperson Lynn Gray presented the state association’s letter and resolution to her colleagues, and they also supported the statements. Gray noted that the board has sat for hours at a time hearing residents speak about masks, charter schools and a host of other concerns.

The Pasco County School Board on Tuesday discussed the state association’s position and took it a step further by preparing its own resolution encouraging the Florida School Boards Association to not rejoin the national group until it changes its operations and actions. Board member Colleen Beaudoin called the language about domestic terrorism “particularly offensive” and supported steps to hold any such view at arm’s length.

Florida School Boards Association Executive Director Andrea Messina said the response has been similar across the state. Some local boards are adjusting the timing at which they accept public comment, she acknowledged, noting the desire to balance required district work with the need to listen to community members. They also are drawing the line at actual threats and harassment, which some board members have experienced, Messina added. But “there is no dispute.”

“They’re passionate,” Gray said. “I don’t find it too annoying at all. We need to let them have that vessel of opinion. It’s important for them to share. It’s their children.”

“That’s our job to listen to parents,” said Board Member Megan Harding, who introduced the topic at the press conference, said. “I never want our parents or community members to think we don’t want to hear from them.”

Brevard County Sheriff Wayne Ivey, who has refused to enforce his district’s mask mandate, cautioned people to pay attention to these issues when they vote.

“Be careful who you put in these seats,” Ivey said. “Put someone in those seats who is going to stand up for the U.S. Constitution, like our governor does every single day.”