Florida Gov. Ron DeSantis (R) will seek to create legislation that will reward a $5,000 bonus to unvaccinated police officers who relocate to the Sunshine State in defiance of vaccine mandates.

During an appearance on “Sunday Morning Futures” with Maria Bartiromo, DeSantis said he is now “actively working” to recruit out-of-state police officers who have been fired or placed on unpaid leave due to their city’s vaccine mandate.

“So, NYPD, Minneapolis, Seattle, if you’re not being treated well, we will treat you better here. You can fill important needs for us, and we will compensate you as a result,” he added.

In the same interview, DeSantis said that President Biden’s vaccine mandates are “unconstitutional” that will “wreak havoc on the economy.” 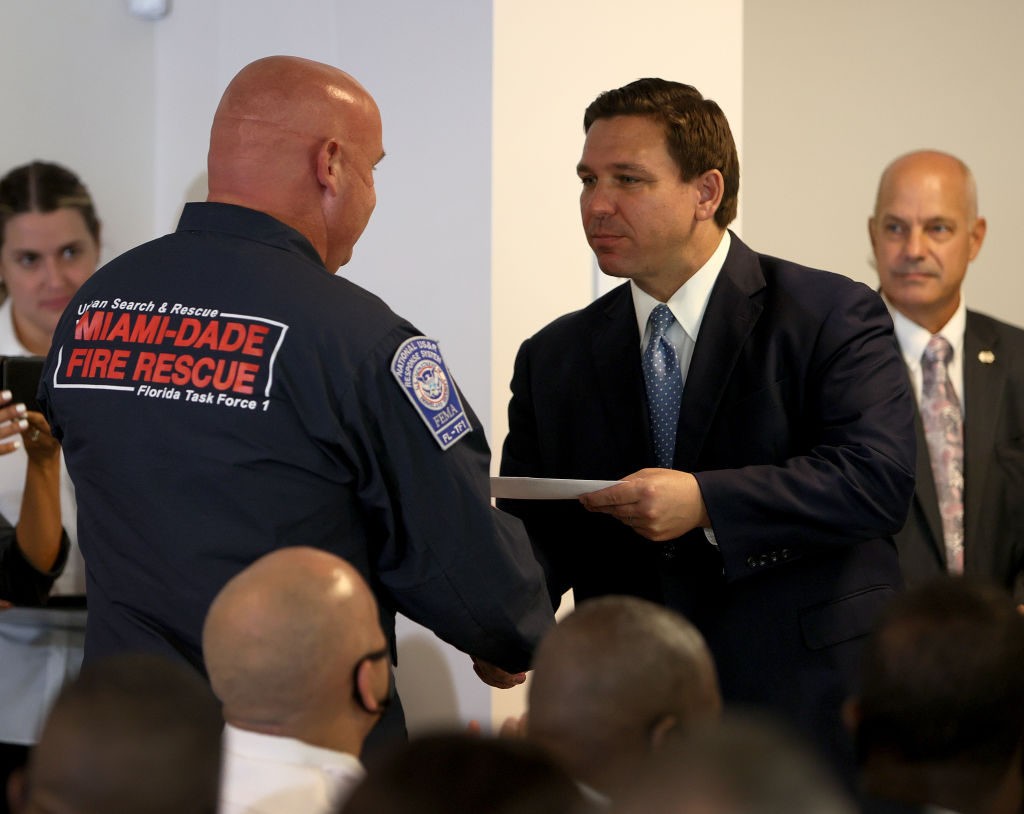 Florida Gov. Ron DeSantis presents a check to a first responder during an event to give out bonuses to them held at the Grand Beach Hotel Surfside on August 10, 2021 in Surfside, Florida. DeSantis gave out some of the $1,000 checks that the Florida state budget passed for both first responders and teachers across the state. (Photo by Joe Raedle/Getty Images)

“It will wreak havoc in the economy, because even if a small percentage of these folks end up losing their jobs or voluntarily walking away, you’re going to have huge disruptions in medical, in logistics, in law enforcement,” DeSantis said.

During a CNN town hall this past Thursday, President Joe Biden said that law enforcement and emergency personnel should be fired if they do not comply with vaccine mandates.

“Should police officers, emergency responders be mandated to get vaccines? And if not, should they be stay at home or let go?” Anderson Cooper asked the president.

“Yes and yes. By the way, by the way, I waited until July to talk about mandating because I tried everything else possible,” responded Biden. “The mandates are working.”

All this stuff about people leaving and people getting it, you have everyone from United Airlines to Spirit, all these airlines all 96, 97% of the people have gotten the vaccine. All the talk about all these folks who are going to leave the military if they’re mandated. Not true. You got about a 90 some percent vaccination rate,” he added.