“The staffing just is not there; there’s no way to do it,” FDNY Firefighter Association President Andrew Ansbro said in an appearance on Fox News Radio. “The response times are going to go through the roof. We’re just not going to be able to get to the emergencies in time.”
“Fires are going to burn longer. Heart attack victims are going to be laying on the floor longer,” he added. “People in stuck elevators are going to be stuck there for hours if not days.”

Bill de Blasio has mandated that all municipal employees be vaccinated by November 1 or else face unpaid leave. Ansbro told host Brian Kilmeade that the mandate has done little to spur firefighters into getting vaccinated, with a full 45 percent still not having received the shot. Ansbro predicted that roughly 30 to 40 percent of the firehouses will be closed down come November 1 if the mandate stays in place. 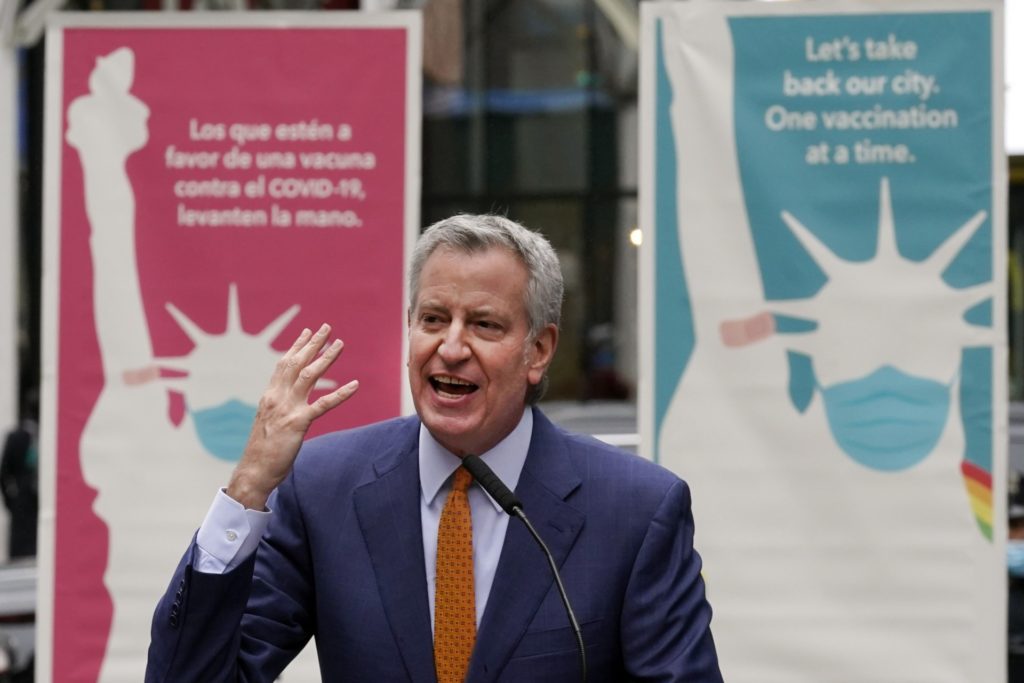 “On Friday, when they’re tallying the numbers of who complied and who didn’t, they’re going to be faced with a stark reality that they’re going to have to close firehouses down,” Ansbro said.

Ansbro further claimed that Mayor Bill de Blasio and other government agencies have failed to grasp that the coronavirus will not be going away anytime soon.

“This is not a crisis,” asserted Ansbro. “Months ago, the mayor had his parade to say this is over. As far as we’re concerned, it’s over… Members need to have a choice to either get tested or vaccinated.”

“The mayor is going to be faced with either sending us home or sticking to his guns,” he concluded. “And his guns are going to get New York City residents killed … When this city goes into utter chaos on Nov. 1, be ready to pick up the pieces that the mayor causes.”

During a CNN town hall last Thursday, President Joe Biden said law enforcement and emergency personnel should be fired if they do not comply with vaccine mandates. 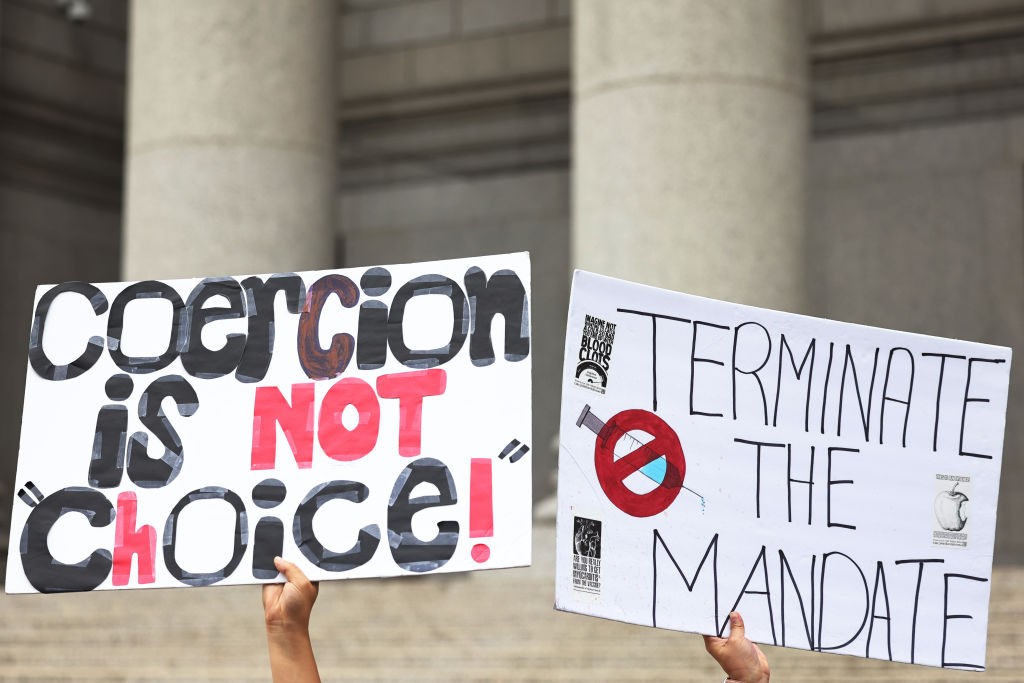 A person holds up a sign as people hold a rally in support of a group of 10 teachers fighting enforcement of the coronavirus (COVID-19) vaccine mandate for public school employees at Thurgood Marshall United States Courthouse on October 12, 2021, in New York City. (Photo by Michael M. Santiago/Getty Images)

“Should police officers, emergency responders be mandated to get vaccines? And if not, should they stay at home or let go?” Anderson Cooper asked the president.

“Yes and yes. By the way, by the way, I waited until July to talk about mandating because I tried everything else possible,” responded Biden. “The mandates are working.”

“All this stuff about people leaving and people getting it, you have everyone from United Airlines to Spirit, all these airlines all 96, 97% of the people have gotten the vaccine. All the talk about all these folks who are going to leave the military if they’re mandated. Not true. You got about a 90-some percent vaccination rate,” he added.