Sen. Tommy Tuberville (R-AL) is calling on President Joe Biden to remove or delay his vaccine mandate for federal contractors and subcontractors, arguing it will hurt thousands of small defense contractors and the veterans they employ.

Tuberville outlined his fears in a letter directly to Biden on October 26:

I write to express concerns that your administration’s federal contractor vaccine mandate will have negative effects on our national security. Accordingly, I urge you to remove—or, at a minimum, delay and clarify—vaccination requirements on private companies and academic research institutions that are actively supporting the Department of Defense.

Tuberville added, “I share your desire to see our country through the COVID-19 pandemic as quickly as possible, and, I—like you—have elected to take the vaccine. But your administration’s mandate is short-sighted, ill-conceived, and threatens our national security.”

He warned the mandate would result in skilled workers leaving the defense contractor workforce, which would result in increased worker absences, labor costs, and decreased efficiency.

“During this time of increasing worry about the technological advances of near-peer adversaries, we should focus on policies that will ensure our national security interests are protected. This Order does the opposite,” he said. 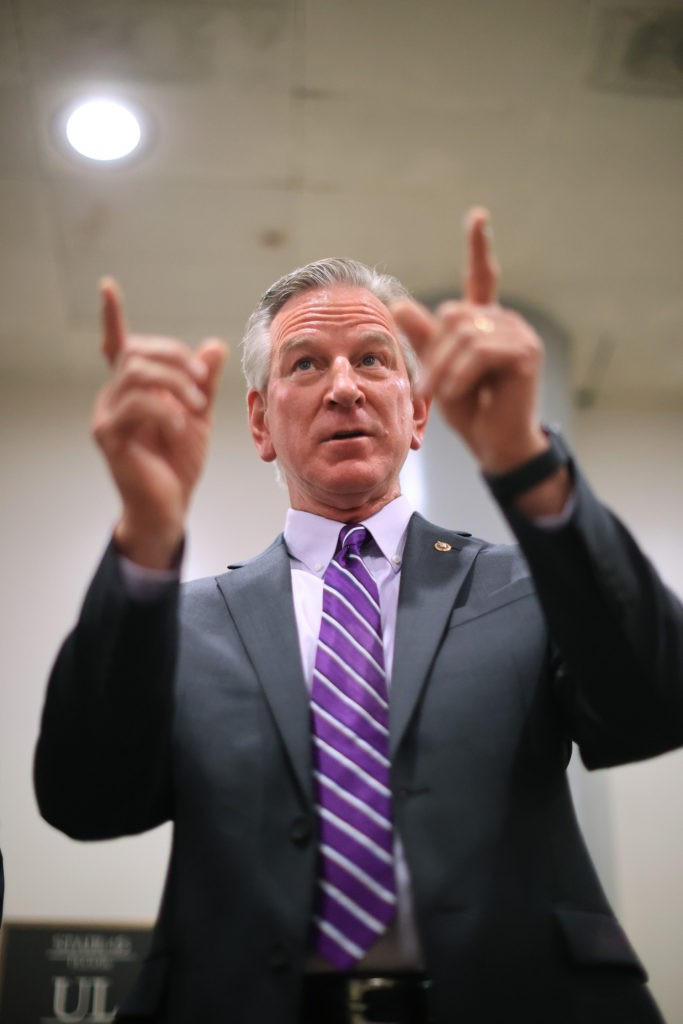 “Rather than government dictates, we should pursue a holistic strategy that emphasizes commonsense workplace safety policies, regular COVID-19 testing, vaccines for people who want them, easy to access antibody treatments, and the continued evaluation and approval of new pharmaceutical treatments. Mandates are not the answer; frank conversations between doctors and patients are,” he added.

“I urge you to reverse course on the mandate for defense contractors to avoid foreseeable negative impacts on our national security,” he said.

Tuberville said Alabama is home to more than 5,000 contractors who support the Department of Defense, and that many of those firms are small and employ fewer than 100 workers but hire a disproportionately high share of veterans.

“Together, they provide capabilities to the Pentagon that are often difficult to replicate. Losing any sizable share of a small firms’ workforce means a direct reduction in the ‘economy and efficiency’ that your Order purports to seek to advance. When these firms are unable to perform, our country is at risk,” Tuberville said.

The vaccine mandate is also expected to affect employees at larger defense contractors. Raytheon Technologies CEO Greg Hayes warned on Tuesday in a CNBC interview that its firm would lose thousands of employees due to the vaccine mandate.

“We will lose several thousand people,” Hayes said, according to Reuters. Hayes also warned on a recent post-earnings conference call that he expected the vaccine mandate to cause “some disruption” in the supply chain.

Homeless veterans in New York are not eligible for $15,600 payments that nearly 200,000 illegal aliens will receive. https://t.co/D8HWerdIXq

Tuberville also said in his letter to Biden that his order creates “a scheme in which a bureaucratic task force can make significant changes to compliance requirements with little or no notice,” which hurts small firms without large human resource departments.

Biden signed an executive order on September 9, 2021, that requires all employees working for a federal contractor or subcontractor to take the vaccine by November 24 to be considered “fully vaccinated” by a December 8, 2021, deadline. The order required departments and agencies to comply with guidance published by the Safer Federal Workforce Task Force, which issued a mandate for the implementation of the order.

The Federal Acquisition Regulation (FAR) Council also released FAR Deviation Clause 52.223-99 which requires contractors and subcontractors to “comply with all guidance, including guidance conveyed through Frequently Asked Questions as amended” by the Task Force.

Tuberville said, “It is absurd to use ‘FAQs’ to dictate contract law in this case. That is a recipe for uncertainly, inequitable treatment, and a moving of regulatory goalposts that will decrease efficiency and drive-up costs.” 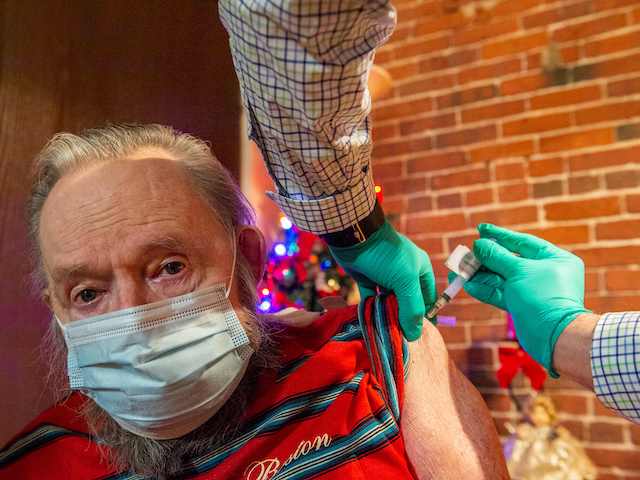 The Alabama senator also called on Senate Armed Services Committee Chairman Jack Reed (D-RI) to hold a hearing in the “near-term” on the effect of the vaccine mandate on the supply chain.

In an October 27 letter to Reed, Tuberville wrote:

Thousands of small contractors for the Department of Defense face an excruciating choice in the coming weeks: fire employees who choose not to take the relatively new COVID vaccine or face the loss of contracts from the Pentagon. This untenable position, playing out across the country, threatens our national security. Small business remains the backbone of American enterprise and the ingenuity machine in our competition with China. We cannot afford to slow them down.

As such, I respectfully request a near-term hearing on the subject of vaccine compliance in the defense supply chain. I believe it would be especially helpful to hear from both expert witnesses within the Department of Defense on the current state of vaccine compliance and small business owners who have employees reluctant to take the new vaccine.

“Given the pressing nature of the mandate, the sooner our committee takes steps to hear out the American people on this issue, the better,” he wrote.