John Kerry, President Joe Biden’s climate envoy, said there would be no coal in the United States by the end of the decade at the COP26 climate conference in Glasgow, Scotland.

“By 2030 in the United States, we won’t have coal,” Kerry said in an interview with Bloomberg.

Kerry is the first Biden official to publicly comment on the administration’s environmental policy since the $1.2 trillion infrastructure bill that contained numerous sections dedicated to climate change passed Congress. His aspiration to rid the country of its coal by 2030 aligns with Biden’s deadlines for lowering greenhouse gasses by the same year. 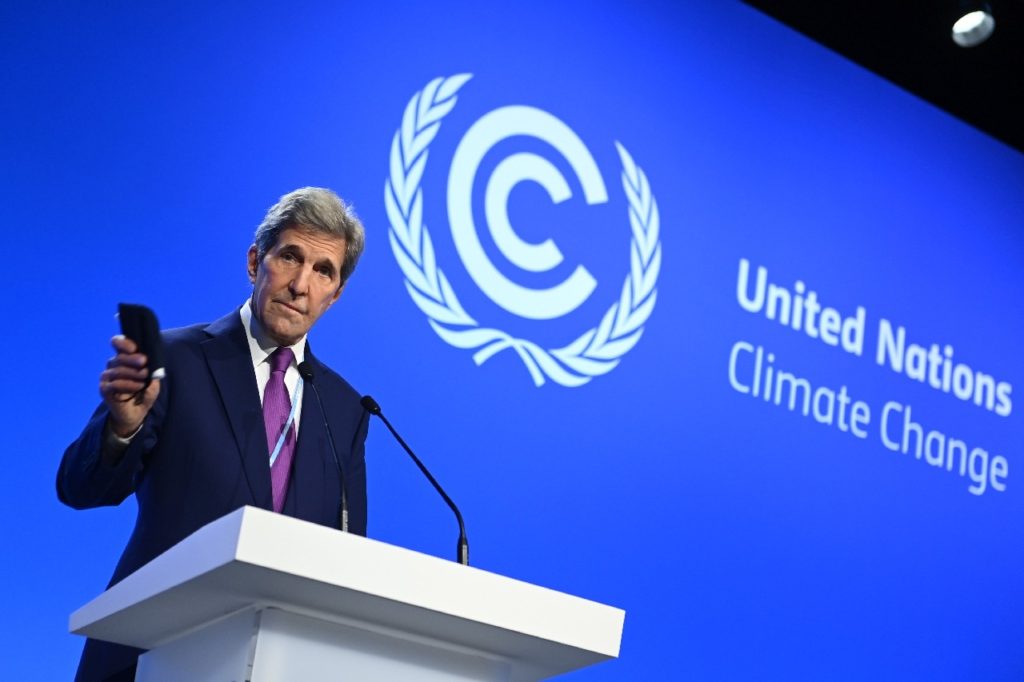 U.S. Special Presidential Envoy for Climate John Kerry delivers a speech on stage during a meeting, as part of the World Leaders’ Summit of the COP26 UN Climate Change Conference in Glasgow, Scotland, on November 2, 2021. (Photo by BRENDAN SMIALOWSKI/AFP via Getty Images)

Despite these goals, Axios reported that “the U.S. did not join last week to a pledge, signed by more than 40 countries, to phase out coal-fired power plants in the 2030s and 2040s.”

According to the U.S Energy Information Administration (EIA), coal accounted for ten percent of our nation’s total energy consumption in 2020.

Kerry went on to say, “we’re saying we are going to be carbon-free in the power sector by 2035.” “I think that’s leadership. I think that’s indicative of what we can do,” he said.