Vice President Kamala Harris arrived in Paris on Tuesday and was transported from the fossil-fuel powered Air Force Two to a huge motorcade ahead of meetings with French President Emmanuel Macron and other world leaders.

“VP Kamala Harris’s police-escorted 20-some vehicle motorcade cruised from the airport past the Eiffel Tower and through the Place de la Concorde,” a Bloomberg reporter tweeted.

VP Kamala Harris’s police-escorted 20-some vehicle motorcade cruised from the airport past the Eiffel Tower and through the Place de la Concorde. pic.twitter.com/jtwOSrviUj

Her trip comes after a huge French-American row that erupted in September when Australia walked out of a multibillion-dollar submarines deal with Paris in favor of an alternative one with the US.

“It is good to be in France and I am looking forward to many, many days of productive discussions reinforcing the strength of our relationship,” Harris said as she arrived for the visit.

President Joe Biden also sought to make amends over the dispute at a meeting with Macron last month, telling the French leader that that his government had been “clumsy” in the way it secured the submarines deal with Australia.

“The climate crisis is the existential threat of our time, and America must continue to bring our boldest ambitions to the table to meet and beat our climate action goals,” Pelosi said in statement when she announced her trip. 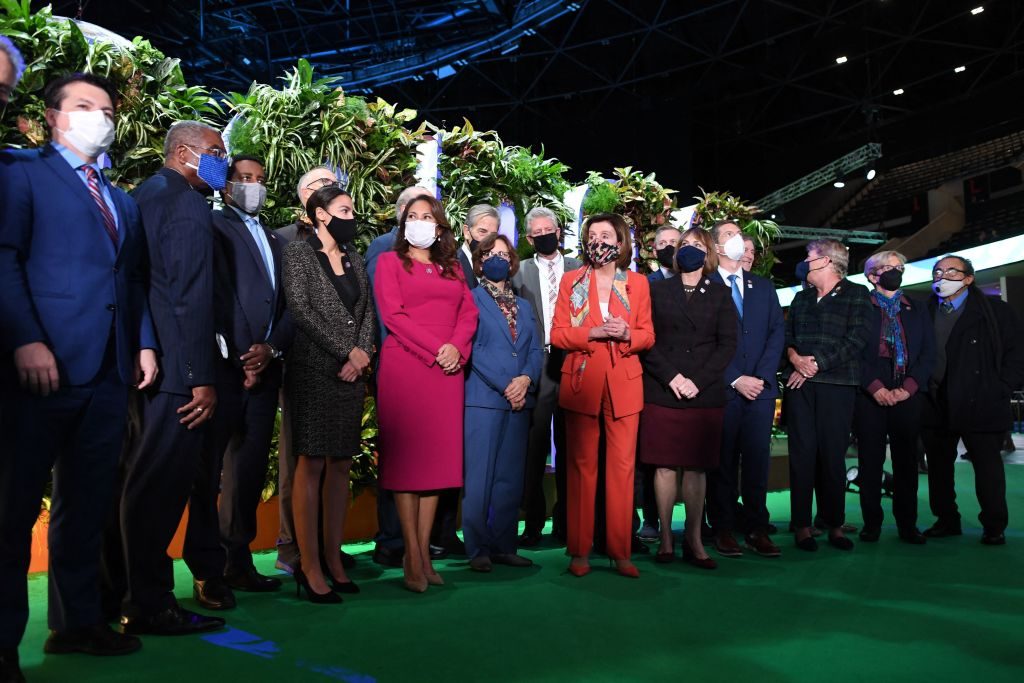 U.S. Speaker of the House Nancy Pelosi and entourage poses for a group photograph with U.S. congress members, including U.S. Representative Alexandria Ocasio-Cortez (5L), during the COP26 UN Climate Change Conference in Glasgow on November 9, 2021. (PAUL ELLIS/AFP via Getty Images) 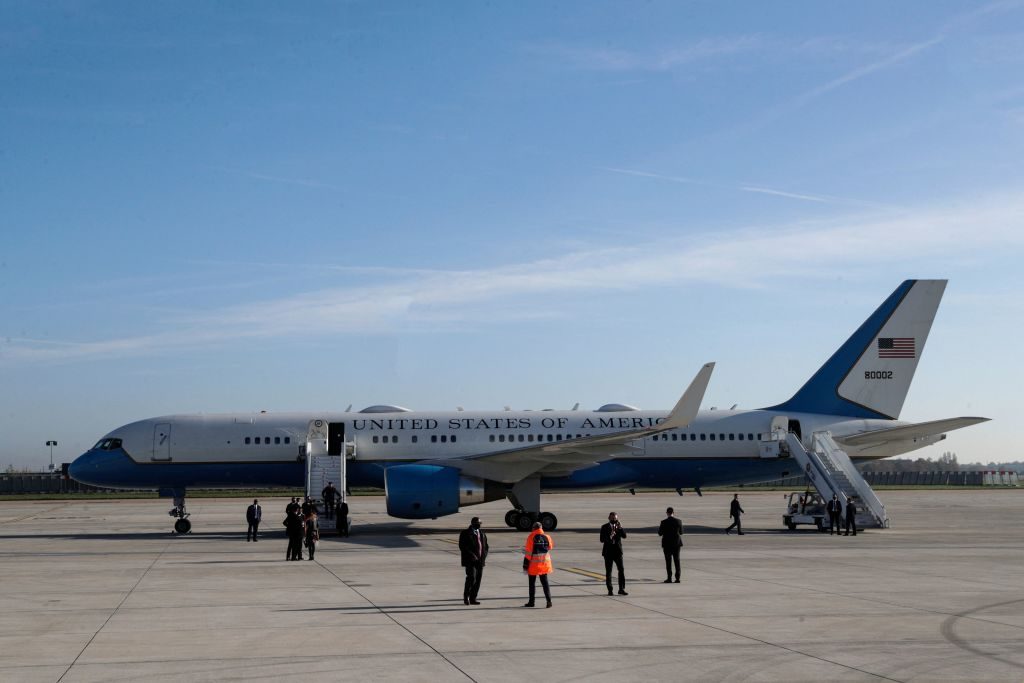 “The Speaker is expected to promote the green energy provisions in the infrastructure bill, even though [President Joe] Biden has yet to sign it,” Breitbart News reported.

“The vice president has come under fire over her performance as the administration’s point person on America’s own migrant crisis at the US-Mexico border, which critics say has worsened since Biden came into office,” AFP reported.