President Joe Biden continues delaying the signing ceremony for his infrastructure bill, as House Speaker Nancy Pelosi leads a group of Democrats flying across the Atlantic to the COP26 climate summit in Glasgow, Scotland.

“The climate crisis is the existential threat of our time, and America must continue to bring our boldest ambitions to the table to meet and beat our climate action goals,” Pelosi said in statement announcing her trip.

The Speaker is expected to promote the green energy provisions in the infrastructure bill, even though Biden has yet to sign it.

The president’s schedule for the week ahead makes no mention of a signing ceremony for the infrastructure bill even after it passed the House of Representatives on Friday. That means the ceremony could be pushed off until next week, when the House and Senate are back in session. 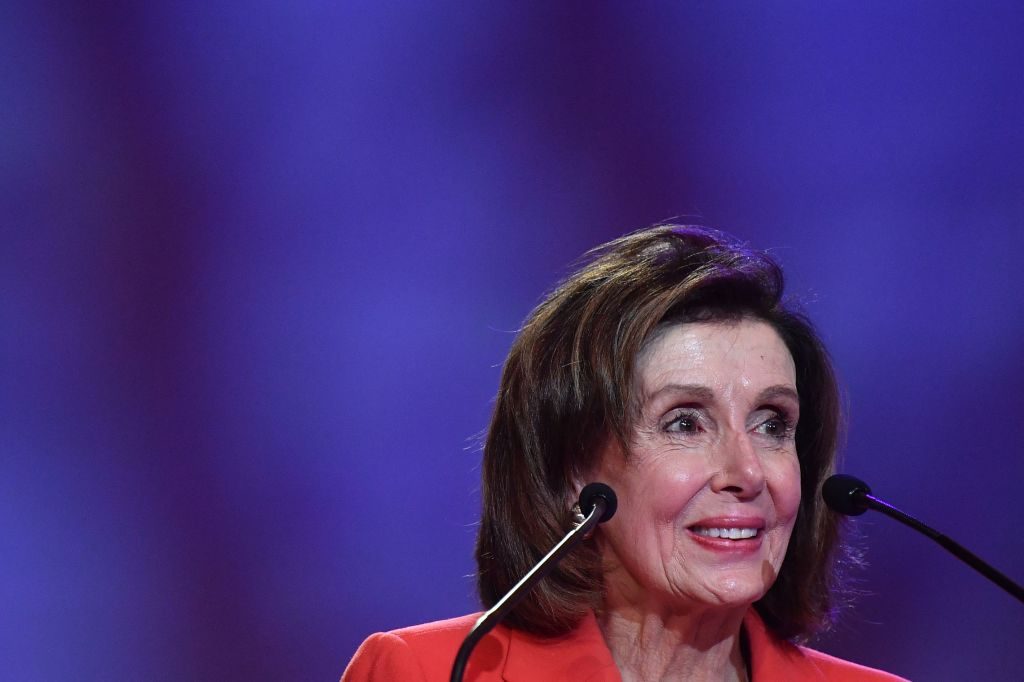 U.S. Speaker of the House Nancy Pelosi speaks during a session on Gender Day at the COP26 UN Climate Change Conference in Glasgow on November 9, 2021. (BEN STANSALL/AFP via Getty Images)

Transportation Secretary Pete Buttigieg did not share a signing date for the bill during a briefing with reporters at the White House Monday.

“I’d have to refer you to my White House colleagues on that, but I’ll tell you that I’ll be there with bells on,” he said.

Buttigieg also joined the COP26 summit as one of 13 of Biden’s cabinet officials to travel to Glasgow.

White House deputy press secretary Karine Jean-Pierre also refused to share a date for the ceremony, during the press briefing.

“I do not have a date, but it will be very soon,” she promised. 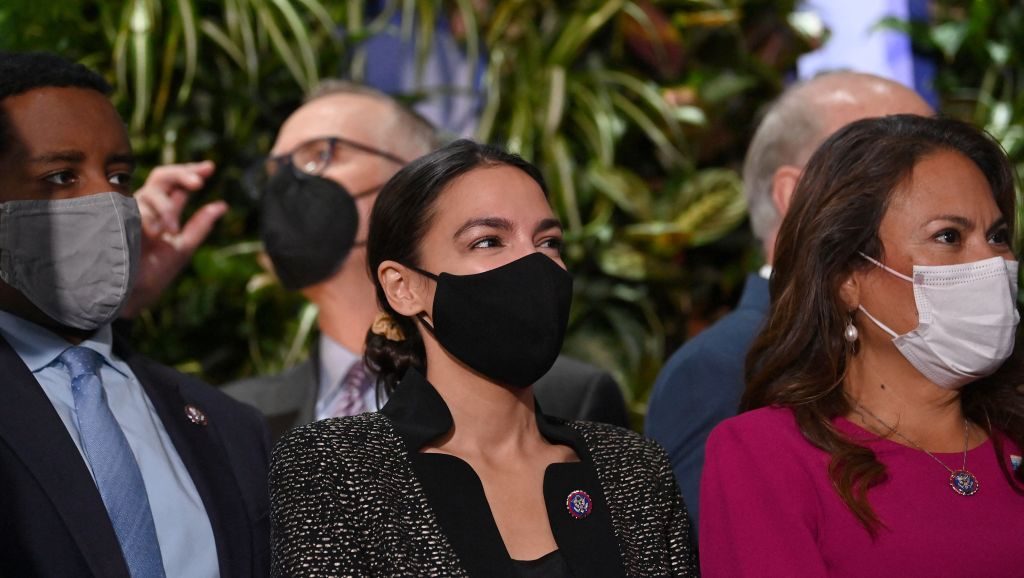 U.S. Representative Alexandria Ocasio-Cortez (C) stands with other U.S. politicians for a photograph organised by U.S. Speaker of the House Nancy Pelosi (unseen) during the COP26 UN Climate Change Conference in Glasgow on November 9, 2021. (PAUL ELLIS/AFP via Getty Images) 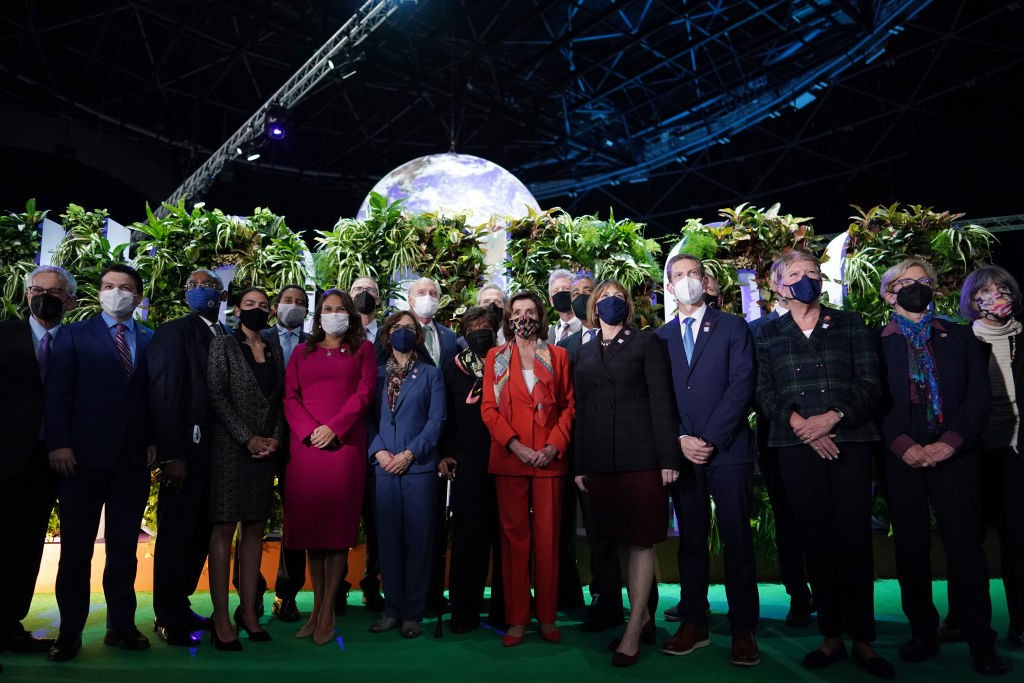 Biden said he wanted to sign the bill when both Republicans and Democrats who supported the bill could attend the ceremony.

The White House admitted the need for the bill was “urgent” but that the signing could wait.

“It’s urgent,” she said. “But we also want to make sure that the people who spent the last couple of weeks, last couple of months just all in, delivering on this — on this promise, are here for the signing as well.”