Redistricting battles in state legislatures across the country have heated up over the past few months, and control of the U.S. House of Representatives after the 2022 midterm elections hangs in the balance.

The Constitution requires state legislatures to redraw the boundaries for congressional and state legislative districts after the results of the U.S. Census, conducted every ten years, are released.

The release of the 2020 Census has already resulted in a reshuffling of the 435 seats in the U.S. House of Representatives. One state — Texas  – has gained two seats, five states — Florida, Colorado, Montana, North Carolina, and Oregon — have gained one seat, and seven states — California, Ohio, New York, Illinois, Michigan, Pennsylvania, and West Virginia — have lost one seat each

But the 2020 Census also documented population shifts within states, and state legislatures are now in the process of taking those shifts into account as they redraw boundary lines for both congressional and state legislative districts.

Democrats maintain a narrow majority in the current 117th Congress, 221 Democrats to 213 Republicans, with one vacancy. Recent public opinion polls show Republicans have a significant advantage over Democrats in generic partisan preferences, leading many pundits to anticipate the possibility of a GOP red wave in the 2022 midterm elections similar to the 2010 Tea Party red wave that gave Republicans a net gain of 63 seats in the House and returned GOP to majority control. 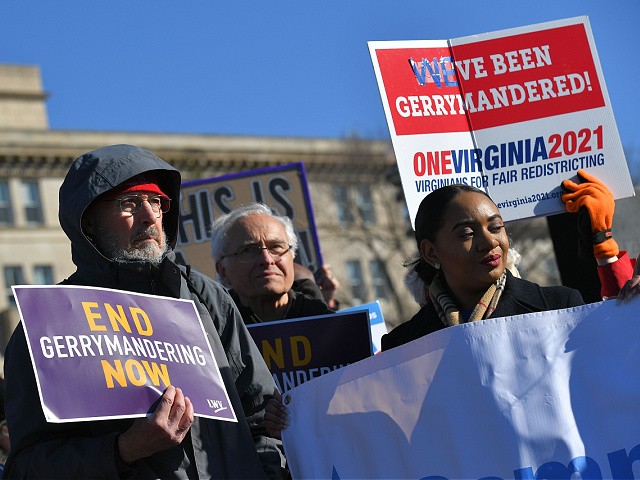 People gather during a rally to coincide with the Supreme Court hearings on the redistricting cases in Maryland and North Carolina, in front of the U.S. Supreme Court in Washington, DC, on March 26, 2019. (Photo credit should read MANDEL NGAN/AFP via Getty Images)

Charges of gerrymandering — the act of drawing up the boundaries of these legislative districts to create a maximum advantage for the political party in control of the state legislature — have accompanied the redistricting process for well over two centuries.

As the redistricting process began this year, Democrats loudly accused Republicans of gerrymandering, and Republicans have returned the favor.

But the most recent developments suggest that it is in the Blue States where Democrats control both houses of the state legislature that gerrymandering to the advantage of the Democrats is taking place.

In states where Republicans control both houses of the state legislature, GOP leadership has been reluctant to press their majority advantage to counter what many Republicans see as blatant gerrymandering by Blue State Democrats.

In New York, for instance, where Democrats control both houses of the state legislature, they are expected to play gerrymandering hardball, resulting in the likely loss of five Republican seats. This would be a loss the GOP will be hard-pressed to compensate for in states where it controls both houses of the state legislature — even if local GOP leadership were inclined to play gerrymandering hardball, which in many states appears to not be the case.

A ten-member commission, ostensibly bipartisan, draws the initial redistricting maps in New York, which can be accepted or rejected on a straight up or down vote by the New York State Assembly and the New York State Senate. If both houses of the state legislature reject maps presented by the commission two consecutive times, the state legislature then draws the lines as it wishes.

The commission submitted draft maps on September 15, but those maps “are dead on arrival,” Fivethirtyeight.com reported:

Given that we generally expect Republicans in the Sun Belt to pick up House seats through gerrymandering, and Democratic-controlled states like California, Virginia and Colorado have independent commissions that can’t be overridden, Democratic gerrymandering in New York is one of the party’s only avenues for picking up seats through the redistricting process.

“Since New York Democrats are plenty aware of this fact, the final map they enact may be closer to a 23-3 Democratic advantage,” Fivethirtyeight.com concluded. 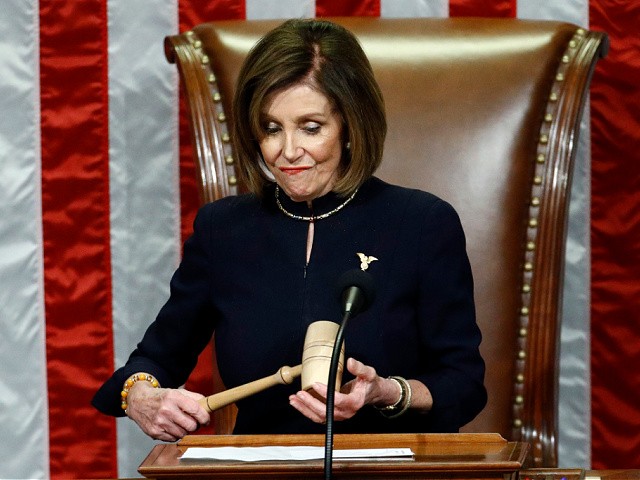 House Speaker Nancy Pelosi of Calif., holds the gavel after announcing the passage of the second article of impeachment against President Donald Trump by the House of Representatives at the Capitol in Washington, Wednesday, Dec. 18, 2019. (AP Photo/Patrick Semansky)

The current partisan breakdown of the New York congressional delegation in the House is 19 Democrats and eight Republicans. Should Democrats succeed in gerrymandering to the degree Fivethirtyeight.com anticipates, it will be a net loss of five seats for Republicans in the state, solely on the basis of redistricting.

Though Fivethirtyeight.com “generally expect[s] Republicans in the Sun Belt to pick up House seats through gerrymandering,” recent developments suggest there may be little substance to claims of GOP gerrymandering, a possibility that exasperates conservative Republicans who believe it is Democrats who blatantly gerrymander while GOP leadership fails to press their advantage when they have it.

In Florida, where last week the staff of the State Senate Select Committee on Reapportionment released its draft maps, Cook Political Report Editor Dave Wasserman called the maps “Bizarre,” and a Democrat analyst said they were “not what we consider extreme gerrymanders.”

In Iowa, where Republicans control both houses of the state legislature, a map drawn up by a purportedly nonpartisan agency that was favorable to Democrats was rejected by the State Senate, forcing the agency to draw up a new plan for consideration by the state legislature.

As 2021 turns to 2022, majority control of the U.S. House of Representatives in the 118th Session of Congress that convenes in January 2023 may hinge on whether GOP state legislative leaders in Red States respond to Democrat gerrymander hardball in New York state with similar bare-knuckle tactics.