Desperate Democrats are looking at the “nuclear option” to boot Kamala Harris from the White House.

This is no surprise.

Without question, Her Vice Fraudulency is the biggest failure of a vice presidential pick since Spiro Agnew in 1972.

Harris epitomizes an identity hire, the choice of skin color and gender over competence.

Harris was such a terrible presidential candidate, she dropped out before even a single vote was taken. She dropped out before Marianne Williamson. Biden only chose her as a cheap and easy way to “make history” with the pick of the first woman and the first black vice president. Outside of those meaningless qualities, the woman is a useless incompetent.

As of right now, her favorable ratings are in worse shape than former President Trump’s, are even worse than Joe Biden’s.

Her job approval rating is also in the toilet.

Harris is so awful at her job that even her physical appeal cannot overcome it. Harris is a nice-looking woman with charisma, which is vital in politics, and can paper over a lot of problems. But Harris is so dumb, so incapable of showing any poise, so bad at everything she touches, the public is rejecting her in such a dramatic way, the talk of booting her is coming from … Democrats:

Democrats desperately scrambling to find a potential successor to Joe Biden in 2024 are whispering about a potential nuclear option that could see Kamala Harris, the current Vice President, nominated to the Supreme Court.

While the scenario is highly improbable, and perhaps a reflection of a Washington rumour mill in overdrive, the fact it has come up at all shows the depths of the predicament the Biden administration currently finds itself in, amid rising inflation, a stalled domestic agenda, and foreign policy disasters.

Polls are now regularly showing Mr Biden’s approval rating below 40 per cent, and panic set in at the White House after a recent poll put Kamala Harris at an unelectable 28 per cent.

Yes, it’s just talk, at least for right now, but imagine just how big of a drag on the ticket Harris must be for Democrats to be talking about firing the first black female vice president in history.

There are no constitutional means to fire a sitting vice president, no 25th Amendment, or anything like that. She would have to be impeached or resign, neither of which is likely. Being dumb is not a crime or misdemeanor, and there’s no way she’d resign.

So the idea is — God forbid — to put her on the Supreme Court before the 2024 election.

Can you imagine this extremist dolt cackling her way onto the Supreme Court?

Here’s another idea floating around: “Operatives are preparing for the possibility of a contested presidential primary in which other would-be nominees take on Ms. Harris, but that could be damaging for the party.”

Not only would it be damaging to the party, but the party’s extremist left, the wing that now controls Democrats, would lose their minds if the first black female vice president was booted from the ticket. 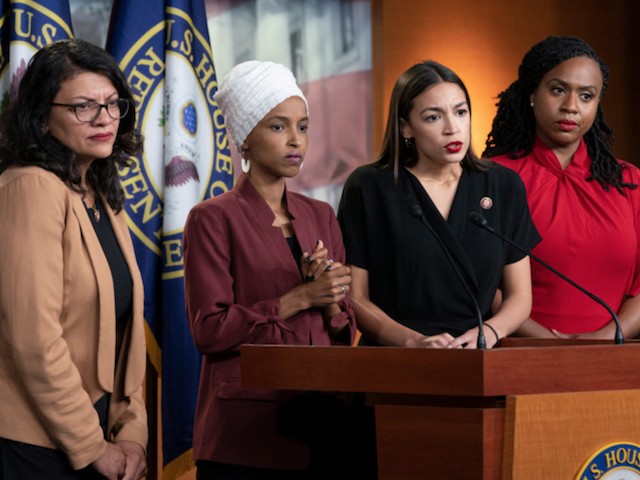 The Democrats’ other problem is that, come 2024, Slow Joe will be 82 and in worse mental and physical shape than he is already. Harris was seen as the heir-apparent, the future of the party. Why? I have no idea. She was a dreadful candidate, but I guess the belief was that she could grow while in office, which was definitely a mistake.

That’s a little old to be growing into anything.