Eighty-two percent of Democrats are willing to wear face coverings indoors at all times due to fears of contracting the omicron coronavirus variant, a Tuesday Axios-Ipsos poll revealed.

When respondents were asked if they support preemptive travel bans to slow the variant’s spread, 67 percent overall said they would support the measure (72 percent of Democrats and 66 percent of Republicans).

It should be noted President Biden followed Donald Trump’s example and issued a travel ban shortly after the Omicron variant was detected on November 27, though Biden called Trump’s policy racist in 2020. 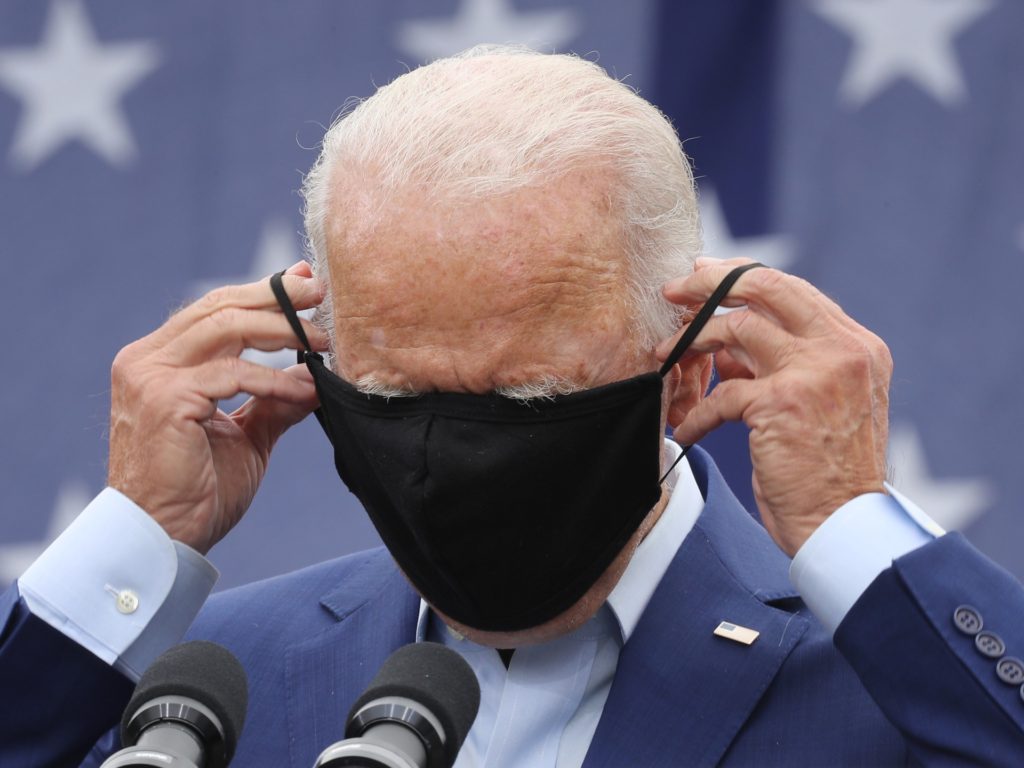 Joe Biden replaces the mask he wears to reduce the risk posed by coronavirus after addressing union members outside the United Auto Workers Region 1 offices on September 09, 2020 in Warren, Michigan. (Photo by Chip Somodevilla/Getty Images)

The poll also asked if airlines should mandate passengers be vaccinated to fly. Sixty-seven percent of respondents said yes.

The polling comes as omicron variant has reportedly spread across at least 18 states, eluding Biden’s promise to “shut down the virus.”

Despite Biden’s promise to shut the virus down, the New York Times reported in November the United States has undergone more coronavirus deaths under Biden than under Trump, despite vaccine availability.