The omicron coronavirus variant has reportedly spread across 17 states as of Monday, defying President Joe Biden’s promise to “shut down the virus.”

The variant, thought to have originated in South Africa, has spread to 17 states since Biden first alerted Americans it could reach the United States, the Washington Post reported. Biden on November 27 was quick to enact travel bans on eight African counties, a reversal from his previous opinion against Donald Trump’s coronavirus travel ban in 2020, which Biden criticized.

Biden promised to “shut down the virus” as many as ten times during his 2020 campaign for president, but has so far failed in the endeavor.

Moreover, the New York Times reported in November the U.S. has sustained more coronavirus deaths under Biden than under Trump, despite vaccine availability.

The spread of the omicron variant comes as the southern border remains a hotbed for the virus. Reports indicate “18 percent of migrant families and 20 percent of unaccompanied minors tested positive for the coronavirus.” 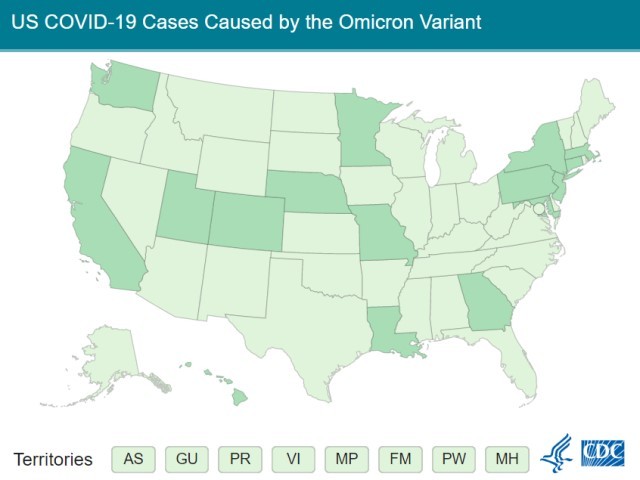 But the unchecked spread of the virus has not caused Dr. Anthony Fauci alarm; he told Fox News on Friday the virus will spread regardless of border security or testing measures.

“I think given what we know about the transmissibility and a likely transmissibility advantage of Omicron … once it gets in there, it will likely, under the radar screen, be spreading no matter what you do to keep people out or not,” Fauci said.

“That’s the way viruses work,” Fauci continued. “We saw that happen with Delta. I do hope that Omicron doesn’t have that kind of advantage, particularly if it turns out to be serious.”