As of Wednesday night, the “yes” votes to recall Kshama Sawant led the “No” votes by just 246 ballots – 50.3 percent in favor versus 49.7 percent opposed. According to Crosscut, the “Yes” margin dropped from a 2,000 vote lead from Tuesday night.

High voter turnout in a December local election has made the vote tally more difficult than usual. Political science professor Mark Alan Smith of the University of Washington told Fox 13 that Sawant’s status as a polarizing figure had fueled the turnout beyond normal levels.

Despite the close election, Sawant expressed optimism she would prevail, noting past vote counts have come in her favor after an early loss. In September 2019, for instance, Sawant “challenger Egan Orion led by eight percentage points on election night, only to lose decisively in later returns.” 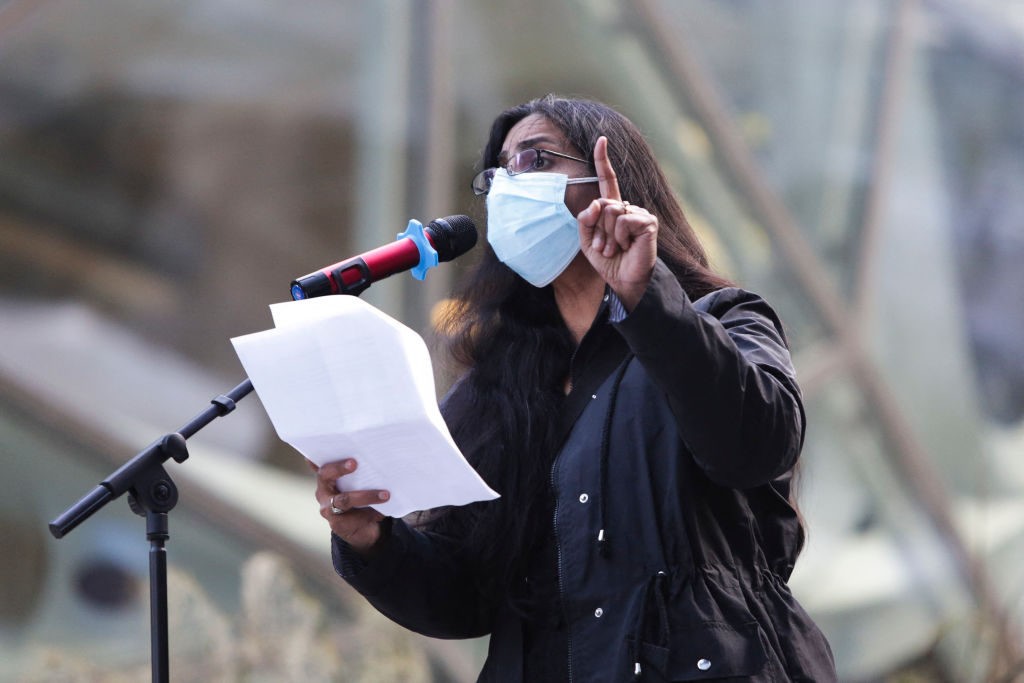 Seattle City Council Member Kshama Sawant speaks during a rally at the Amazon Spheres and headquarters in solidarity with Amazon workers in Bessemer, Alabama, who hope to unionize, in Seattle, Washington on March 26, 2021. (JASON REDMOND/AFP via Getty Images)

“While we cannot be sure of the final results, if past trends hold, it appears that working people may have prevailed in this fight,” she said on election night.

Henry Bridger II, campaign manager and chair of the Recall Sawant campaign, expressed the same optimism, arguing that Sawant would not be able to overcome the margin.

“I’m not worried about that. We have over 45% of the vote this early and I don’t think she’ll be able to overcome that,” Bridger said.

Sawant has championed a number of far-left causes in the city, from $15 minimum wage to defund the police to rent control. During the Capitol Hill Autonomous Zone (CHAZ) episode of 2020, Sawant said the area should be “permanently” in community control.

“Our movement needs to urgently ensure East Precinct is not handed back to police, but is turned over permanently into community control,” she tweeted. “My office is bringing legislation to convert East Precinct into a community center for restorative justice.”

Our movement needs to urgently ensure East Precinct is not handed back to police, but is turned over permanently into community control.

My office is bringing legislation to convert East Precinct into a community center for restorative justice. https://t.co/YGSOG0MXU3

“In 2019, Sawant defeated Orion, producer of Seattle’s PrideFest, whose campaign had received support and money from Amazon,” it continued.

Should Sawant be recalled it will mark a dramatic shift in the left-leaning city of Seattle, which started with the recent election of law & order Republican Ann Davison as City Attorney.