American voters have a souring opinion on the job Congress is doing as approval ratings dip into the low 30s, a Harvard/Harris Poll released this week found.

The survey asked respondents, “Do you approve or disapprove of the way Congress is doing its job?”

The numbers reflect a sizable drop from the 54 percent approval rating Congress saw in June 2021. However, the Democrat-led House and Senate have been keenly focused with passing a multitrillion-dollar spending package, which the American people do not support, fearing it could worsen the economy.

The survey noted that Biden’s approval is also struggling, adding that he has “seen almost no bump from the passage the bipartisan infrastructure bill.”

Biden’s approval sits at 45 percent, down 17-points from the 62 percent approval he saw in June 2021 — the same time Congress enjoyed a net-positive approval rating. 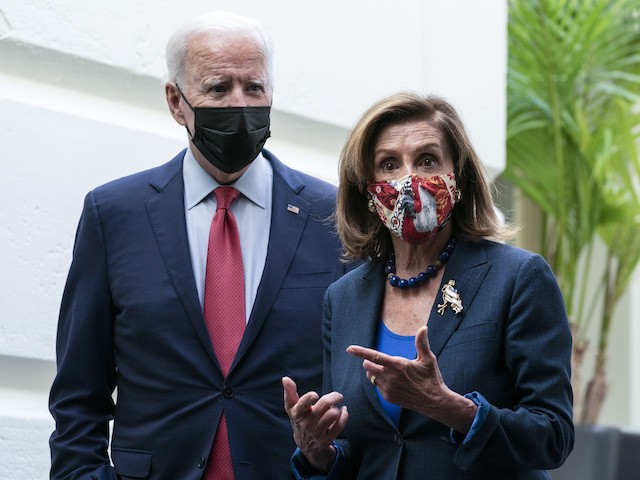 The results coincide with a CNBC poll released Friday, showing Republicans trampling Democrats by a 10-point margin heading into the midterm elections.

The souring approval ratings also coincide with President Biden attempting to force private employers with 100 or more employees to mandate the coronavirus vaccine or implement weekly testing requirements — an extremely unpopular sentiment with the American people. The same survey found 52 percent indicating that getting the jab should be a personal choice — not a government mandate.

Notably, this week, two Senate Democrats, Sens. Joe Manchin (D-WV)) and Jon Tester (D-MT), joined the 50 senate Republicans in passing a Congressional Review Act to block Biden’s Occupational Safety and Health Administration (OSHA) mandate. However, it faces an uncertain future in the Democrat-led House, although Rep. Fred Keller (R-PA) announced this week that the entire House GOP conference backs the measure, putting them in reach of a majority.