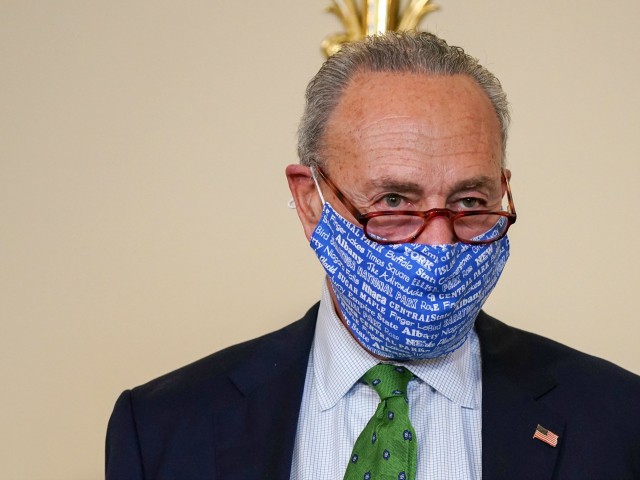 “The House of Representatives has passed a $2-trillion spending package to fund President Joe Biden’s ‘Build Back Better’ agenda, and now the Senate is considering the legislation. Do you support or oppose this legislation?” the survey asked respondents.

Overall, 51 percent indicated opposition to the nearly $2 trillion agenda. Of those, 40 percent said they “strongly” oppose it. Forty-three percent, however, indicated support, but of those, 27 percent “strongly” support it.

While most Democrats, 69 percent, support the radical agenda, Republicans and independents do not feel the same way, opposing it 76 percent and 54 percent, respectively.

Democrats overwhelmingly believe it will help the economy, 64 percent, but Republicans and independents remain more skeptical, as 74 percent and 52 percent, respectively, said it will be “bad.”

The House passed the monstrous $1.7 trillion Build Back Better Act on November 19, sending it to the upper chamber, weeks before the Christmas holiday and new year. The bill itself advances many of the far-left’s key agenda items, including climate change programs and social welfare expansion.

According to the Congressional Budget Office (CBO), the legislation would cost $750 billion over five years alone.

Senate Majority Leader Schumer hopes to pass the controversial measure in the Senate before Christmas, but it remains unclear how many hurdles Democrats will have to face to get majority support, given the opposition Sens. Joe Manchin (D-WV) and Kyrsten Sinema (D-AZ) have expressed throughout the process.