On Monday, California Health and Human Services Secretary Dr. Mark Ghaly announced the new mandate due to a spike in cases since Thanksgiving, hailing masks as a “tool we know has worked” despite evidence of the contrary.

“This is a critical time,” Ghaly said. “We have a tool we know has worked and can work. We are proactively putting this tool of universal indoor masking in place to ensure we get through a time of joy and hope without a darker cloud of despair. Californians have done this before, and we believe we can do it again.”

California has thus far reported 18 cases of the Omicron variant, which Dr. Anthony Fauci recently said was “almost certainly” not as severe as the Delta variant. 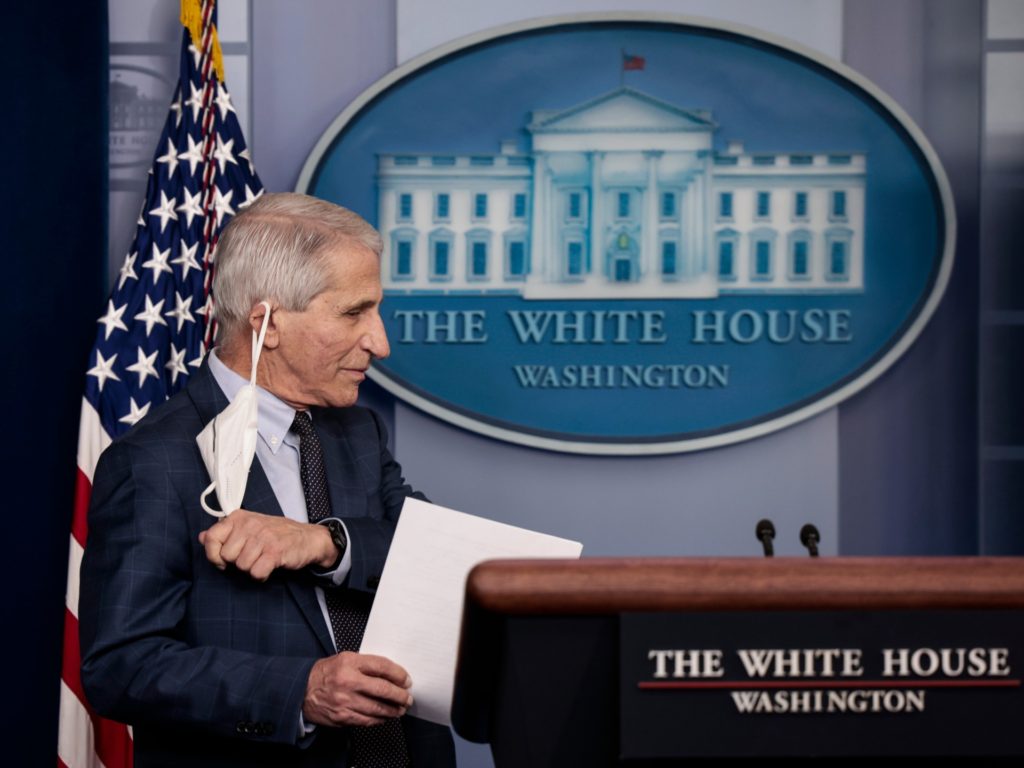 Dr. Anthony Fauci, Director of the National Institute of Allergy and Infectious Diseases and the Chief Medical Advisor to the President, takes his face mask off before giving an update on the Omicron COVID-19 variant during the daily press briefing at the White House on December 01, 2021, in Washington, DC. (Photo by Anna Moneymaker/Getty Images)

“It almost certainly is not more severe than Delta,” said Fauci. “There is some suggestion that it might even be less severe because when you look at some of the cohorts that are being followed in South Africa, the ratio between the number of infections and the number of hospitalizations seems to be less than with Delta.”

Fauci did, however, caution against making snap judgments about the severity of the Omicron variant until more data had been collected and studied.

The California mandate will go into effect on Wednesday, December 15, and continue through Christmas and New Year’s until January 15. According to Fox News, the mandate will “make California one of only nine states imposing an indoor masking requirement for both the vaccinated and unvaccinated, joining Washington, Oregon, Nevada, Hawaii, New Mexico, Illinois, New York, and Connecticut.”

In May of this year, Dr. Anthony Fauci warned that seasonal mask-wearing could become permanent in America.

“I think people have gotten used to the fact that wearing masks, clearly if you look at the data, diminishes respiratory diseases,” Fauci told Chuck Todd. “You know we’ve had practically a non-existent flu season this year, merely because people were doing the kind of public health things that were directed predominantly against COVID-19.