Virginia Gov. Glenn Youngkin (R) is redefining the Northam-era Office of Diversity, Equity, and Inclusion away from “equity,” championing “viewpoint diversity,” and tasking the director with being an “ambassador for the unborn.”

Youngkin issued Executive Order Number 10, imagining a different office — giving the director the title of Commonwealth Chief Diversity, Opportunity, and Inclusion Officer — and focusing on need-based criteria for the office, as opposed to the mostly race-based focus of the Northam administration.

The goals of the office are laid out essentially in four pillars: entrepreneurship and economic opportunity, “diverse free speech and inclusive civil discourse,” teaching “honest, objective, and complete” history as opposed to critical race theory, and the involvement of faith-based organizations in community development.

Youngkin has reclaimed words like “diversity” and “inclusion” to include differing viewpoints and religious beliefs, rather than the left’s mostly race-based definition that came with the foundation of the office. Indeed, as the Richmond Times-Dispatch lamented, “The executive order doesn’t mention race or any specific racial group.”

The governor’s office received criticism from some on the left for taking down the old office’s website which, according to the Times-Dispatch, included “resources and reports on improving equity at the state’s agencies and public institutions.” They noted the website is being rebuilt, likely in line with a focus away from race-essentialism.

In setting up the context for the newly envisioned office, the Executive Order reads, “Since the first settlers arrived little more than 400 years ago, we’ve been an imperfect people on the course to a more perfect union. At times we’ve truly failed to live up to our ideals. But we all want to do what is right and what is morally just even if we fall short.”

As director, a cabinet-level position, Youngkin chose Angela Sailor, who comes from the conservative think tank Heritage Foundation. Sailor has written multiple articles arguing that the fight against critical race theory is “generational,” and has commended the work of the 1776 Commission — an advisory committee created by former President Donald Trump to combat the false narratives of the widely-debunked New York Times “1619 Project” with what he called a “patriotic education.” 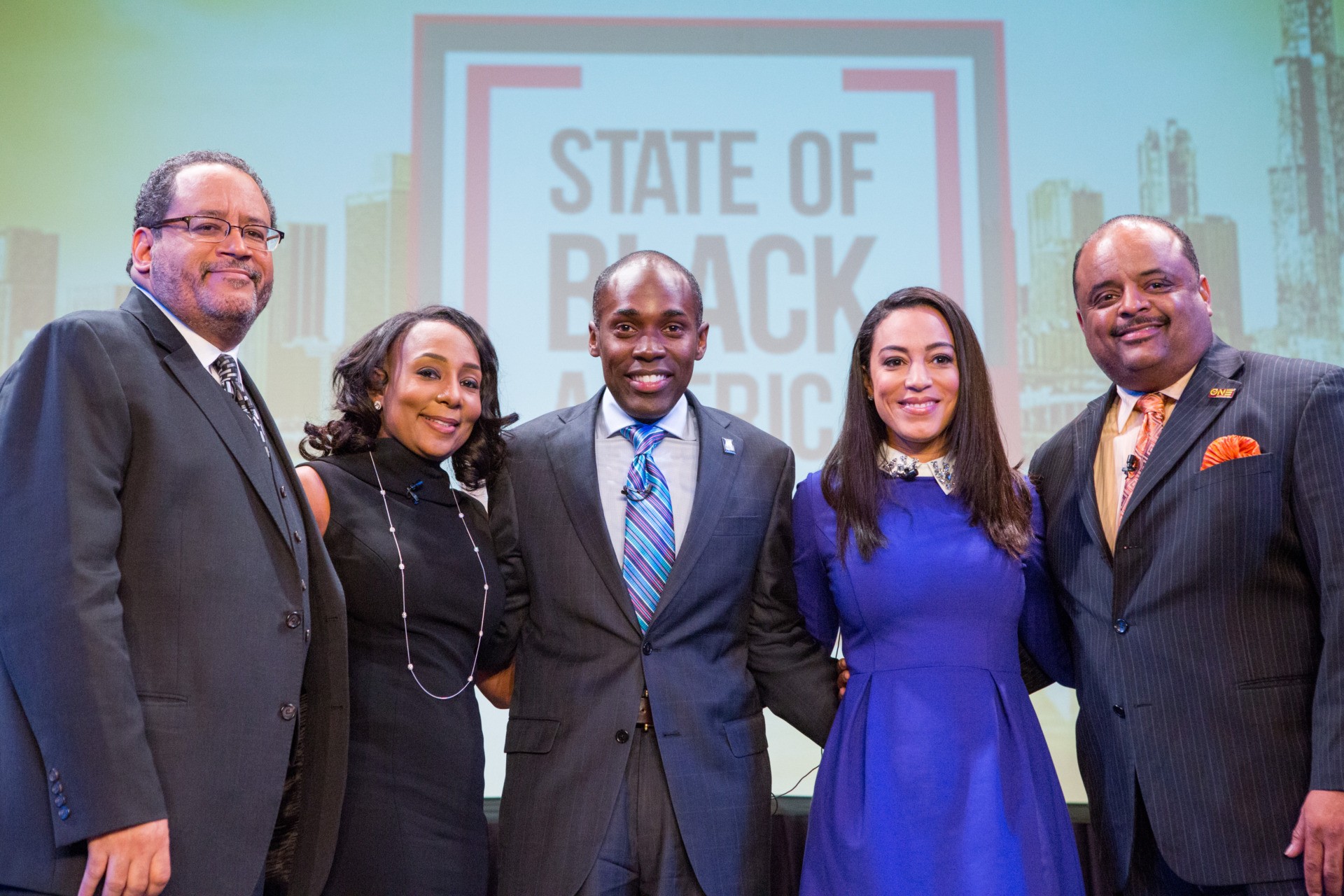 Angela Sailor, second from left, stands onstage at The State of Black America Town Hall taping presented by TV One and the National Urban League at the Howard Theater. (Allison Shelley/AP Images for TV One).

In a July article titled “Schools Hiding Behind Diversity and Inclusion Rhetoric to Spew Critical Race Theory Vile,” Sailor contends that “no matter your race, it’s our moral obligation to push back against a doctrine that divides our nation and invokes hopelessness. We must also teach the truth of America’s heritage—its imperfections as well as its remarkable strengths.”

The Times-Dispatch, however, reported the false Democrat talking point that critical race theory is a “a term used by Republicans to refer to lessons on systemic racism.”

Critical race theory, according to Sailor, “pushes equity instead of equality. Nothing under heaven has the power to guarantee equal outcomes. Policies that insist on this impossible goal will inevitably result in discriminatory practices.”

In a another July article titled “Most Parents and Teachers Are Done With Critical Race Theory,” she wrote, “People have the freedom to use CRT as a weapon to cast hate. Or we can use core civic knowledge as an opportunity to reset, understand our common political inheritance, and build a stronger community with our children.”

Youngkin said in a press release that “Angela Sailor’s experience in government, nonprofits and the private sector will guide us as we ensure that the government is working for all Virginians across our diverse Commonwealth, especially when it comes to economic opportunity for all Virginians.”

“It’s evident that Governor Youngkin does things differently,” Porter told Breitbart News. “Angela Sailor will focus on equal opportunities for all – not equal outcomes. She will work on bringing communities together, on expanding entrepreneurship and promoting free speech.”

Some conservatives were nervous Wednesday as Youngkin designated someone to fill the position, which had been created by Northam in the wake of his blackface scandal and therefore had a heavy racial focus. Youngkin, however, does not appear to place a premium on race, but rather on need — regardless of race.

Establishment media and other Democrats, on the other hand, are very concerned with the new direction, as they come to terms with the end of their stranglehold on the Governor’s Mansion.

Reporting on the announcement, the Times-Dispatch dutifully and misleadingly wrote that Youngkin “said emphasis on disparities between white people and people of color is ‘divisive.'”

According to the outlet, Del. Elizabeth Guzman (D-Prince William) said, “Exchanging the word ‘equity’ for ‘opportunity’ again dismisses the struggles of marginalized peoples who have not been granted the same opportunities due to systemic racism.”

She also said of the “ambassador for the unborn” part of the job that she is “deeply concerned that the administration’s decision to frame prenatal care through the perspective of the fetus and not that of pregnant people signals a forthcoming attack on reproductive rights.”

Youngkin said in the press release that he will introduce and support legislation to rename the office in his cabinet to remove “equity” and include “opportunity.”