President Joe Biden left the White House Tuesday to get ice cream, even as tensions with Russia escalate and the border crisis intensifies.

The president made a surprise trip outside the White House to visit a small business in Washington, DC, and also stopped for an ice cream cone even though the weather was 34 degrees.

The president did not address the border crisis during his trip. 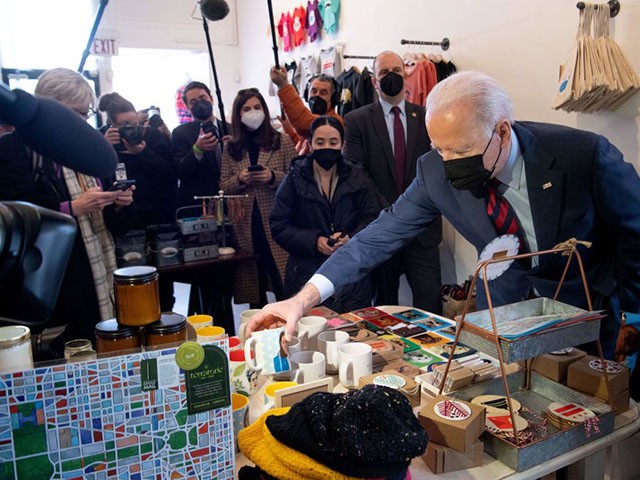 In December, apprehensions along the southwest border with Mexico jumped for the second straight month to 170,186, more than 139 percent over the same month in 2021.

The Biden administration continues releasing migrants apprehended at the border into the country, including dozens of single adult men who were transported to Miami, Houston, and Atlanta after they were caught in Texas, according to Fox News.

The country continues to be racked with inflation on common household items including ice cream. Bulk liquid milk and cream prices have soared 22 percent over the last 12-months, the biggest jump since 2014.

The president did discuss with reporters the escalating tensions with Russian President Vladimir Putin over the possibility of Russia invading Ukraine.

“You know, I’ll be completely honest with you. It’s a little bit like reading tea leaves,” he said.

The president said he felt “obligated” to send American troops to bolster American allies and warned Putin against invading Ukraine.

“This would be the largest, if he were to move in, we’re almost forced to do the largest invasion since World War Two,” Biden said. “And it will change the world.”