The president’s motorcade traveled to Culpeper for Biden to deliver a speech at a local community college about reducing health care costs through his Build Back Better agenda.

But he was greeted by the group of protesters who flew flags reading “Joe Biden Sucks” and “FJB” according to reporters who traveled with the president. Another sign read “Build Crack Better,” presumably referring to reports about the Biden administration funding “safe smoking kits” for drug users. 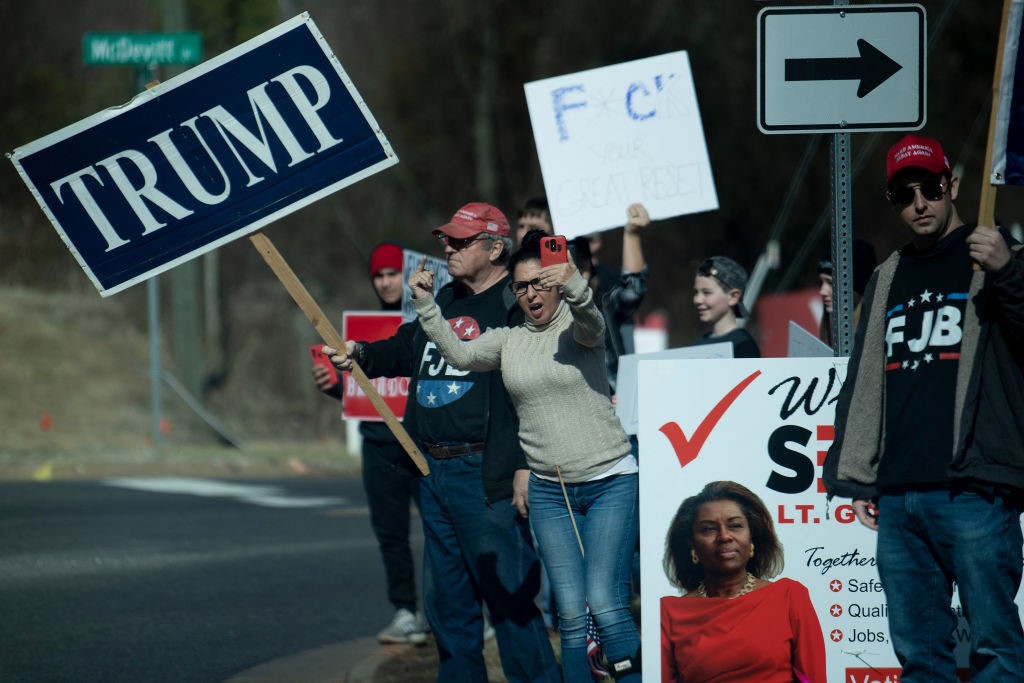 Protesters greet a motorcade with US President Joe Biden while it travels to Germanna Community College February 10, 2022, in Culpeper, Virginia. (Photo by BRENDAN SMIALOWSKI/AFP via Getty Images)

Biden will be joined by Rep. Abigail Spanberger (D-VA), who represents a more moderate district and faces a tough reelection fight in November.

The president is trying to focus on individual provisions in his Build Back Better agenda after it effectively died in the Senate. His event Thursday will focus on reducing the cost of prescription drugs and insulin. 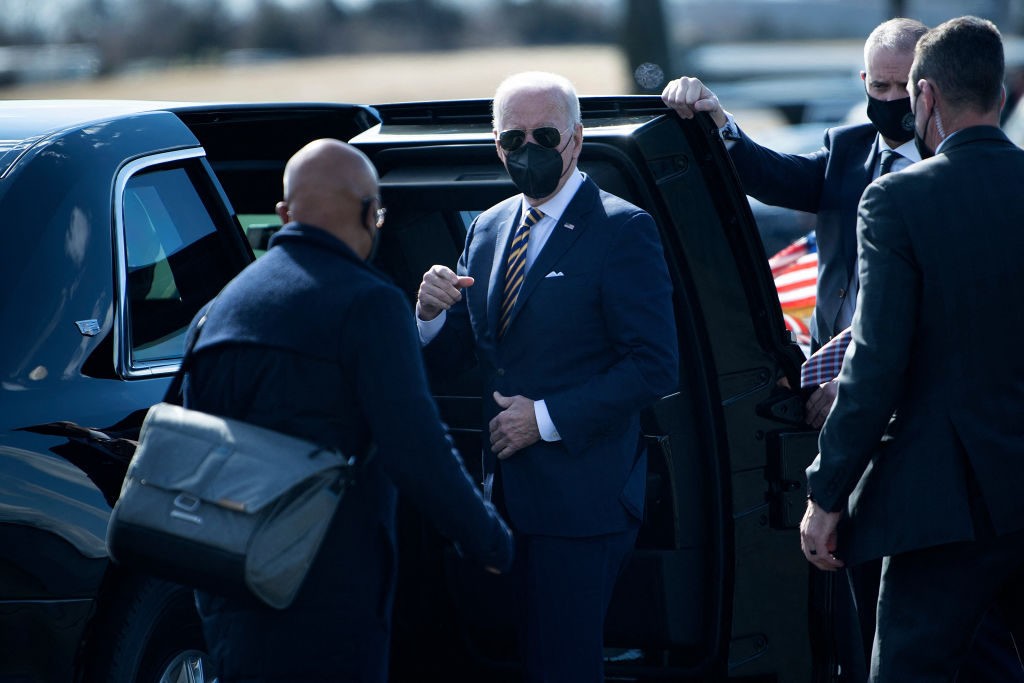 Biden was also joined by Health and Human Services Secretary Xavier Bacerra, who was recently criticized within the administration for his passive approach to the coronavirus pandemic.

The president promoted Obamacare during his visit, promising to do more to pay for drugs and health care for Americans after raising taxes on the wealthy.

Biden spoke about his personal experience with the health care system as he suffered multiple brain aneurysms and watched his son Beau Biden die of cancer.

“I’ve long said that health care should be a right, not a privilege in this country,” he said.

Biden also spoke about inflation after reports revealed that consumer prices are up 7.5 percent from January 2021, the worst inflation since 1982.

“Inflation is up,” Biden admitted, promoting his idea to help pay more for health care and child care in order to reduce costs for families so they can afford other things.

“I know food prices are up. We’re going to bring them down,” he promised.